The ruling party already holds complete control in the country. Now a new law would make it almost impossible for a new party to be formed. 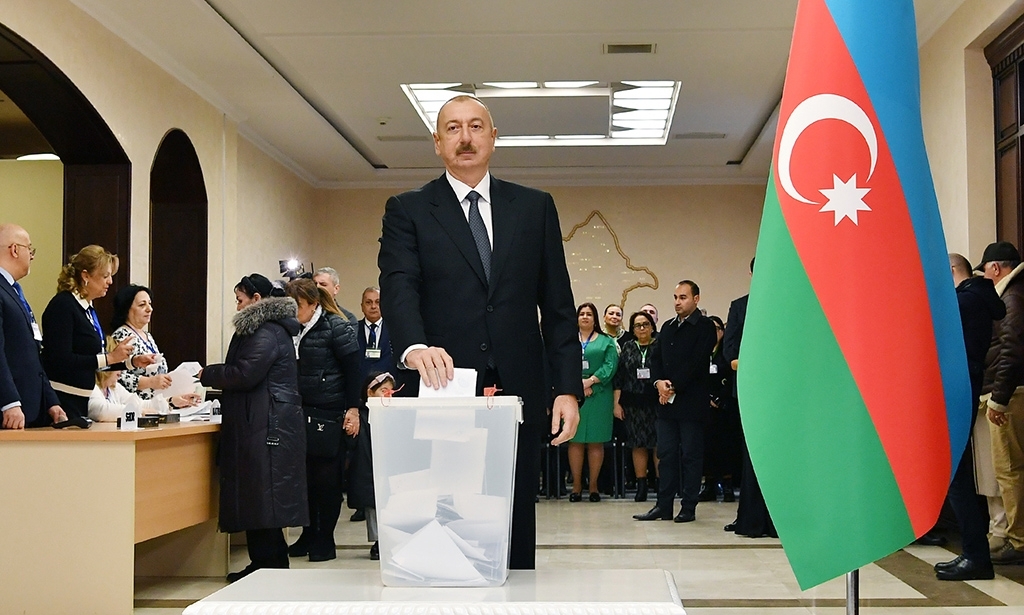 President Ilham Aliyev may soon have fewer parties to choose between. (photo: president.az)

Members of Azerbaijan’s parliament have submitted a new law that would make it virtually impossible to form new parties, and further restrict the parties that do exist.

The current law regulating political parties was adopted in 1992 and “is no longer adequate to the requirements of the modern era,” Javad Osmanov, an MP from the ruling New Azerbaijani Party, told the news agency Report. The new law was needed “to further accelerate the development of our country on the road to democracy.”

To many, though, it looked like a further erosion of the nearly non-existent space for political opposition in the country.

The new draft law, which was submitted on September 7, would require new parties to have at least 200 founding members who each have lived in Azerbaijani uninterruptedly for the past 20 years.

“The constitution of Azerbaijan requires the president to have lived in Azerbaijan for only 10 years. But 20 years for each of the 200 founders of a party? Do you even need to read the rest of this proposal?” asked media law expert Alasgar Mammadli on his Facebook page.

Other new restrictions would affect already existing parties: Parties that don’t participate in two elections in a row – whether they be presidential, parliamentary, or local – would be closed down.

Some of the most prominent opposition parties, including Musavat and the Popular Front Party of Azerbaijan (PFPA) have boycotted recent elections, including the 2020 parliamentary elections and 2018 presidential vote.

“It is a direct instruction of [President] Ilham Aliyev to include mechanisms for cancelling, suspending and not registering real opposition parties,” wrote Ali Karimli, the head of the PFPA, the largest opposition force in the country.

There are currently 58 political parties formally registered in Azerbaijan. But the political field is completely dominated by the New Azerbaijan Party, of which Aliyev is chair.

Aliyev may nevertheless feel his control is slipping, suggested Azer Gasimli, the former chair of the ReAl party. “Ilham Aliyev knows that Azerbaijan, along with Belarus, is the country most ready for changes in the post-Soviet space. That is why he is trying to discourage us,” Gasimli wrote on Facebook. “Even if Ilham Aliyev calls himself ‘Victorious Supreme Commander’ [a title state media have adopted for the president following the 2020 war victory over Armenia], it seems that he is very worried.”