Azerbaijan: Signs Point to Russia's Departure from Gabala Radar Base 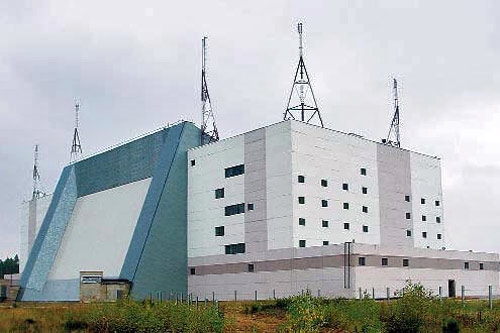 Rising rent on the Gabala radar station may force Russians out. (Photo: APA)

It may look like just a 27-year-old radar station in a remote stretch of northern Azerbaijan. But, in reality, Gabala is all about Baku’s desire to assert its own weight as a regional power – even against its onetime patron, Russia.

With less than five months to go before the December 24 expiration of Russia’s lease on Gabala, capable of monitoring missile launches throughout the Middle East, Iran and Southeast Asia, Azerbaijan shows no sign of eagerness to have the Russian military stick around for another 10 years.

Talks about a new lease started last June, and Baku’s asking price has increased steadily ever since -- first, from $7 million to $15 million per year; then, in early 2012, to $150 million and, most recently, to $300 million per year.

Russian media reports about alleged Kremlin plans to take up an offer from Armenia to host a radar station have not caused Baku to budge. In late May, an anonymous source in the Russian government termed Azerbaijan’s approach “non-constructive,” the Russian news agency Interfax reported. For $300 million per year, Moscow could just as easily build two new radar stations, the source added.

“One should not forget that, currently, Azerbaijan is the most developed country in the region,” Aslanov huffed.

With an estimated Gross Domestic Product per capita of $10,300, the hydrocarbon-rich country does, indeed, outrank neighbors Georgia and Armenia. Of late, as its energy wealth has grown, Baku has started to flex its foreign-policy muscles, pushing back against Iran, as well as Turkey, the United States and Russia.

With that status in mind, some Azerbaijani politicians look on Gabala as an historic relic. In a May 24 interview with News.az, pro-government MP Asim Mollazade, a member of parliament’s international relations committee, asserted that neither Russia nor Azerbaijan need the radar station, and that the facility should instead be turned into “the Dinosaur Museum of the Cold War.”

Ultimately, as Russia’s only military footprint in Azerbaijan, the base for Moscow carries more diplomatic than military value, commented independent parliamentarian Rasim Musabekov. A new radar station at Armavir, in the southern Russian region of Krasnodar, can perform the same functions as Gabala, he added.

But if Moscow still wants Gabala as a link to the past, when Russian influence reigned supreme in the Caucasus, it’s going to have to pay, Azerbaijani analysts say. The Kremlin’s 49-year lease on an army base in Armenia, and its failure to use its influence with Yerevan to mediate a resolution to the Nagorno-Karabakh conflict have left the Azerbaijani government in no mood to make nice with Moscow.

Meanwhile, rents for military bases in other parts of the former Soviet Union are far higher, and Baku has taken notice.

In Central Asia, Kyrgyzstan announced earlier in July that it would raise the rent on three of Russia’s four military bases when Moscow’s lease expires in 2014. A figure was not named, but Bishkek wants payment in cash and pegged to inflation.

The United States pays Kyrgyzstan $150 million per year for the right to use the Manas airfield; a land plot much smaller than Gabala’s 2,500 hectares, noted economist Natik Jafarly.

Against that backdrop, asking $300 million per year for Gabala is “fair,” he contended, describing the current annual rent of $7 million as “very low.”

“Gabala region has recently turned into one of the most popular tourist destinations in Azerbaijan,” Jafarly said. “Land prices there have been constantly increasing [on average, $2,500 -$3,000 for a 10-x-10-square-meter plot -- ed], and it would be more profitable [for Azerbaijan] to develop tourist infrastructure to replace the radar station.”

Retired Col. Uzeir Jafarov, a onetime senior Defense Ministry official, believes Russia will never agree to pay $300 million for Gabala. “The station is out of date and is not worth such an amount,” said Jafarov, a military expert for the Milaz.info military news portal. “Baku setting such a condition [for lease renewal] shows that Azerbaijan does not want to prolong the lease.”

Already, the Kremlin appears to be preparing for withdrawal. Locals in Gabala confirmed to EurasiaNet.org a June 18 report in the Russian daily Izvestia that an on-site Russian hospital, school and kindergarten have closed, and that soldiers’ families have moved out of the area.