While Azerbaijan is well known for blocking other sorts of information online, this appears to be the first time it's targeted pornography.

Azerbaijan’s government has begun to block internet pornography sites. While this is far from the first time the country has tried to control what websites its citizens access, it does appear to be the first time it's restricting pornography.

The blocking was carried out by the Electronic Security Service of the Azerbaijani Ministry of Transport, Communications and High Technologies, the news service Turan reported on August 15. The move was reportedly made due to a local court decision, but no further details were released.

In December last year, Azerbaijan’s parliament adopted a new set of laws penalizing the online dissemination of “banned” materials. The legislation referred to a list of “prohibited information” that was first put into use by Azerbaijani courts in May 2017 authorizing the government to censor online information including terrorist propaganda, suicide videos, pornography and weapons-production manuals, but also gambling and defamation.

Activists say the legislation has merely served as a cover for the government to continue its widespread crackdown on independent media. Many of the websites blocked under the new legislation included stories on government corruption and the country’s rising suicide rates.

It's not clear why the ban on pornography was implemented, but it has generated some speculation online. 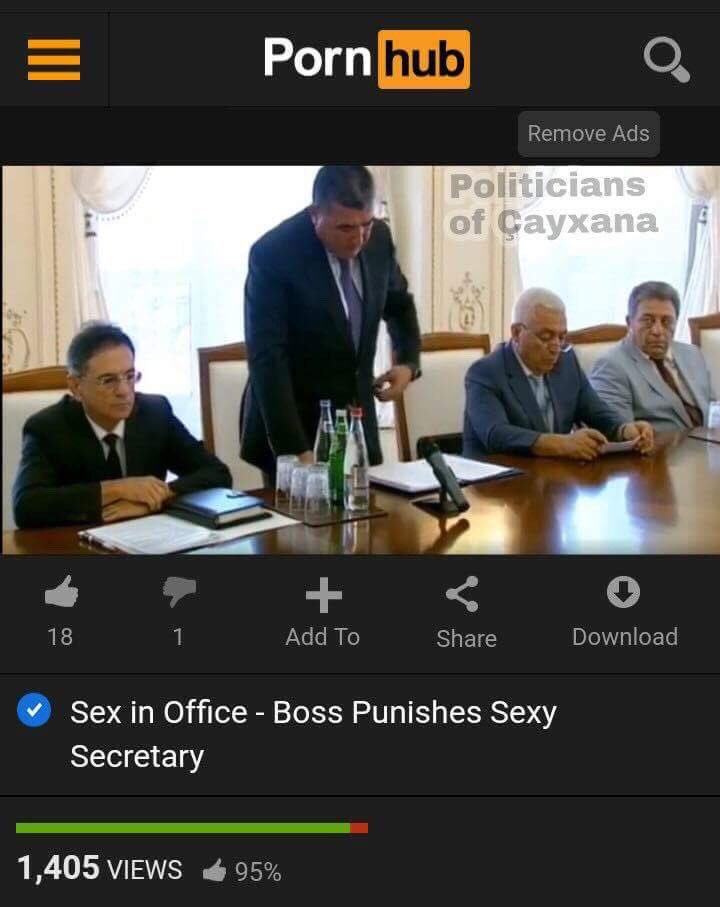