The coronavirus inoculation program is the first in the Caucasus and Central Asia, starting out with Chinese vaccines but incorporating Russian and Western ones at later stages. 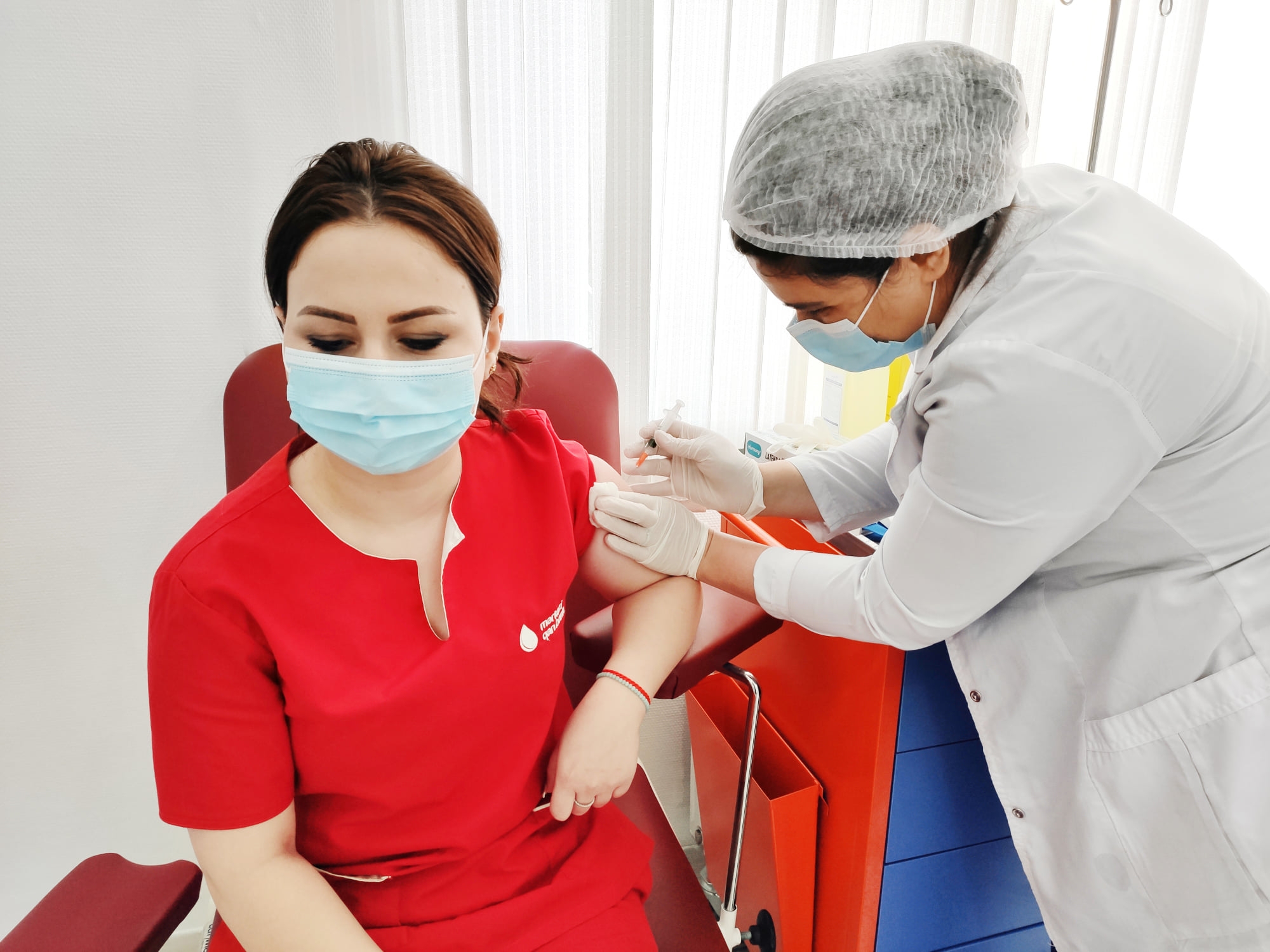 Azerbaijan has begun the second step of its COVID-19 vaccination program as it undertakes a mass inoculation of its health care workers and older citizens.

The vaccination program kicked off on January 18, making Azerbaijan the first country in the Caucasus or Central Asia to do so. Azerbaijan is relying on China’s CoronaVac vaccine, and as of February 6 had given first doses to 65,000 people, the vast majority of them medical workers, the cabinet of ministers reported.

The second step started on February 8, targeting residents over 65. Eligible Azerbaijanis can either register online or call their local polyclinic to get an appointment. By all accounts, the process has gone smoothly so far.

Azerbaijan has imported about 848,000 doses of CoronaVac to date, part of a multi-pronged vaccination strategy. Health officials say the country will receive a total of 4 million doses of CoronaVac, half of which will be through the COVAX global vaccine-sharing program.

Azerbaijan also is taking part in an experiment, along with Russia, Ukraine, and several countries in the Middle East, in which subjects will get a first dose of the AstraZeneca and then a second dose of Russia’s Sputnik V vaccine. The experiment is supposed to begin the week of February 8, Russian officials have said, though Azerbaijan's Ministry of Health said on February 9 that it would begin "by the end of February."

The over-65s and health care workers represent the first stage of the country’s formal vaccination strategy, along with law enforcement officials involved in epidemiological efforts. Subsequent steps will target those with medical conditions that put them at risk, residents over 50 with a chronic disease, education and social workers, and others whose work puts them in direct contact with the public. No dates for that second stage have been announced yet.

As in many other countries, the vaccine rollout is being accompanied by a good deal of skepticism. Many don’t trust the Chinese vaccine in particular, or believe global conspiracy theories about the inoculation being a pretext for implanting microchips in the population.

The Russian-British vaccine-mixing experiment also was the source of some skepticism. “We are not rats, either China’s vaccine isn’t effective or Russia is forcing Azerbaijan to take their vaccine,” one Facebook user posted under a news story about the experiment.

Several top health officials, including Minister of Health Ogtay Shiraliyev and the chairman of the state public health institute TABIB Ramin Bayramli, got their CoronaVac shots in front of television cameras. “There were no side effects,” Shiraliyev told journalists after getting his jab, arguing that the vaccination program placed Azerbaijan among the world’s developed countries. “This vaccine is also used in brotherly Turkey, and is very effective.”

But many social media users saw the public event as some sort of trick, pointing to markings on a vial of the vaccine that it was “only for clinical trial.” The next day, TABIB was forced to address the skepticism and explain that that didn’t mean it wasn’t a real vaccine.

One well-known doctor, Vasif Ismayil, posted on Facebook a photo of his vaccination with the joking caption “chip, chip, my chips.” Another doctor, Adil Geybulla, also posted a photo of himself getting vaccinated and called on his followers to “not follow the propaganda of those who are deliberately spreading misinformation.”