The first 10 families moved this week into a designated “smart village” in territory Azerbaijan retook during the 2020 war with Armenia. 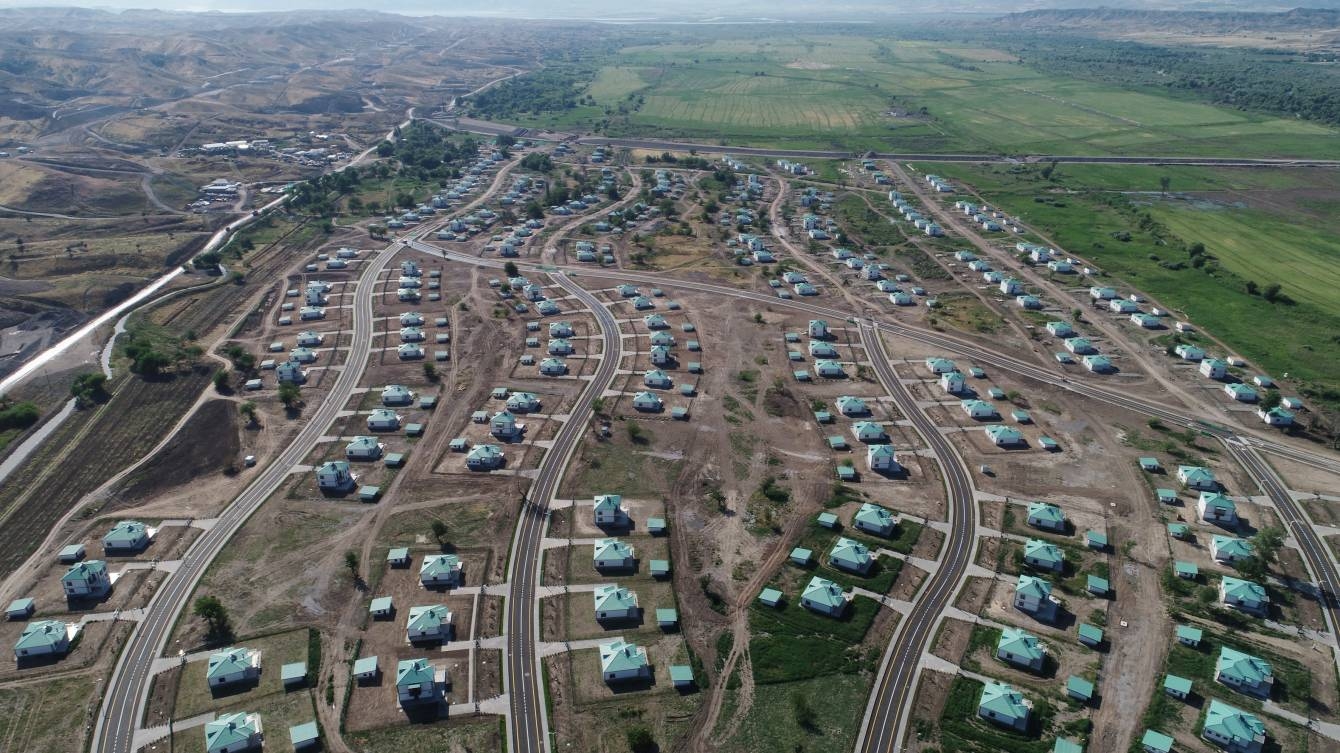 Azerbaijan has begun to resettle people displaced by war more than 30 years ago. The government is calling it the “Big Return.”

On July 19, police accompanied 10 families (58 people) back to Aghali village in Zangilan, one of the districts in Karabakh that Azerbaijan lost to Armenian forces in the first war between the two sides in the early 1990s and regained in 2020. Overall, 41 families (about 200 people) are to be resettled in the village this week, Trend reported.

The 10 displaced families, all originally from Aghali, had been living in government housing near Baku. State television AzTV reported that the first returnees were chosen from among those “living in the most difficult conditions,” and that the allocation of houses was decided by lottery. The former IDPs will continue to receive some state support for three years.

As with most positive news in Azerbaijan, officials found a way to credit the president. Ilham Aliyev’s special representative in Zangilan, Vahid Hajiyev, told reporters that the whole relocation process is “under the president’s direct watch.”

More than 600,000 IDPs were scattered around Azerbaijan in the early 1990s. After the 2020 war – in which Azerbaijan retook more than 8,000 square kilometers of territory in and around Nagorno-Karabakh, about 75 percent of the land it had lost to Armenian forces in the first war in the 1990s – many began agitating to return to their former homes posthaste. But it is unclear how many still want to return; a generation has been raised having never seen their ancestral homeland. And can Baku afford to resettle everyone who wants to return?

The timeline for resettlement slipped several times amid reports of labor disputes among construction workers.

The government designated Aghali as the first site for its much-touted “smart villages” concept, a showcase development that seeks to use digital connectivity, automation, and renewable energy to build thriving rural communities. Hajiyev also said that the residents who will settle in Agali “will be provided with high-quality houses equipped with smart technologies.”

Government critics believe these devices will allow authorities to monitor and maintain a tight grip on the village.

Ilgar Mammadov, chairman of the semi-opposition Republican Alternative Party, said during a visit to Aghali last month that local officials told him facial-recognition cameras will monitor the entrance of the village. He called Aghali “a test of a new totalitarianism” and “a digital prison,” dismissing the government’s efforts to celebrate the “Big Return.”