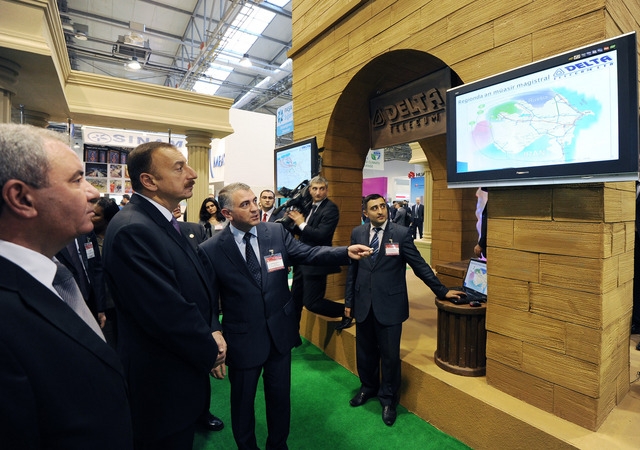 The Azerbaijani government appears to have taken yet another step to quash online opposition media in the country, who have responded by using a technique borrowed from Chinese dissidents in their escalating cyberwar with the authorities.

The affected outlets haven’t given up, and on April 9 Azadliq Qezeti circumvented the blockage by cheekily hosting a mirror version of their website on Amazon Web Services (AWS), a tactic favored by Chinese activists in recent years.

By backing up their site on AWS, Azadliq Qezeti have forced the government’s hand, as Azerbaijan would now have to block all of AWS to block domestic access to Azadliq Qezeti. The potential consequences of this has so far stymied even those behind China’s famed Great Firewall, as it would mean everyone – including major corporations – using Amazon’s popular cloud computing system for apps, databases, management tools, and other services would lose access as well.

China, fearing the cost to its economy, has refrained from blocking AWS, and outward signs show that it has not succeeded in getting Amazon to remove “undesirable” pages. It had more success with Apple, which agreed to remove an anti-censorship app from its App Store. If China, the world’s second largest economy and a key source of revenue for Amazon, cannot convince the American internet giant to play by its rules, then it is hard to see how Azerbaijan might expect to.

VirtualRoad, which has been closely following the Azerbaijani government's technical attacks against dissident voices, identified the source of the new attacks as Delta Telecom, which has been previously identified as the tool through which the Azerbaijani state monitors and censors the internet. It was called “an informal mechanism for shutting down select internet sites” in a 2008 State Department cable obtained by Wikileaks. The device started operating on March 27, VirtualRoad found.

Deep packet inspection (DPI) is commonly used by governments to monitor internet traffic, and less frequently, as an effective tool of censorship, although the thoroughness of DPI means the plausible deniability that Azerbaijan has depended on for years is no longer available. The practice has been used for years by Iran, Russia, and the United States, but by funneling the bulk of its internet traffic through one network, Azerbaijan has made it comparatively cheaper and easier to monitor and censor domestic internet use. Although deep packet inspection can be used to monitor and block any website using certain key words – for example “Azerbaijan+PACE+Bribery” or “Anar+Mammadov+bear+kebab” – there are no confirmed reports of the state using this aspect of the technology to date. For now, Baku appears to just be blocking the three specific sites.

The speed with which Azerbaijan has grown its internet censorship capabilities in the past year is surprising, although the cat-and-mouse game it has played with VirtualRoad in that time surely plays a role. It is unlikely that Baku has the budget, technical capacity, or the will to outpace internet censorship pioneers like China, and will most likely have to live with the idea that it will not be able to fully block access its more determined internet media outlets without paying a real economic cost.

Editor's note: Mike Runey is a Programme Officer for Eurasia at Civil Rights Defenders. He writes here in his personal capacity and the views expressed here are his own.