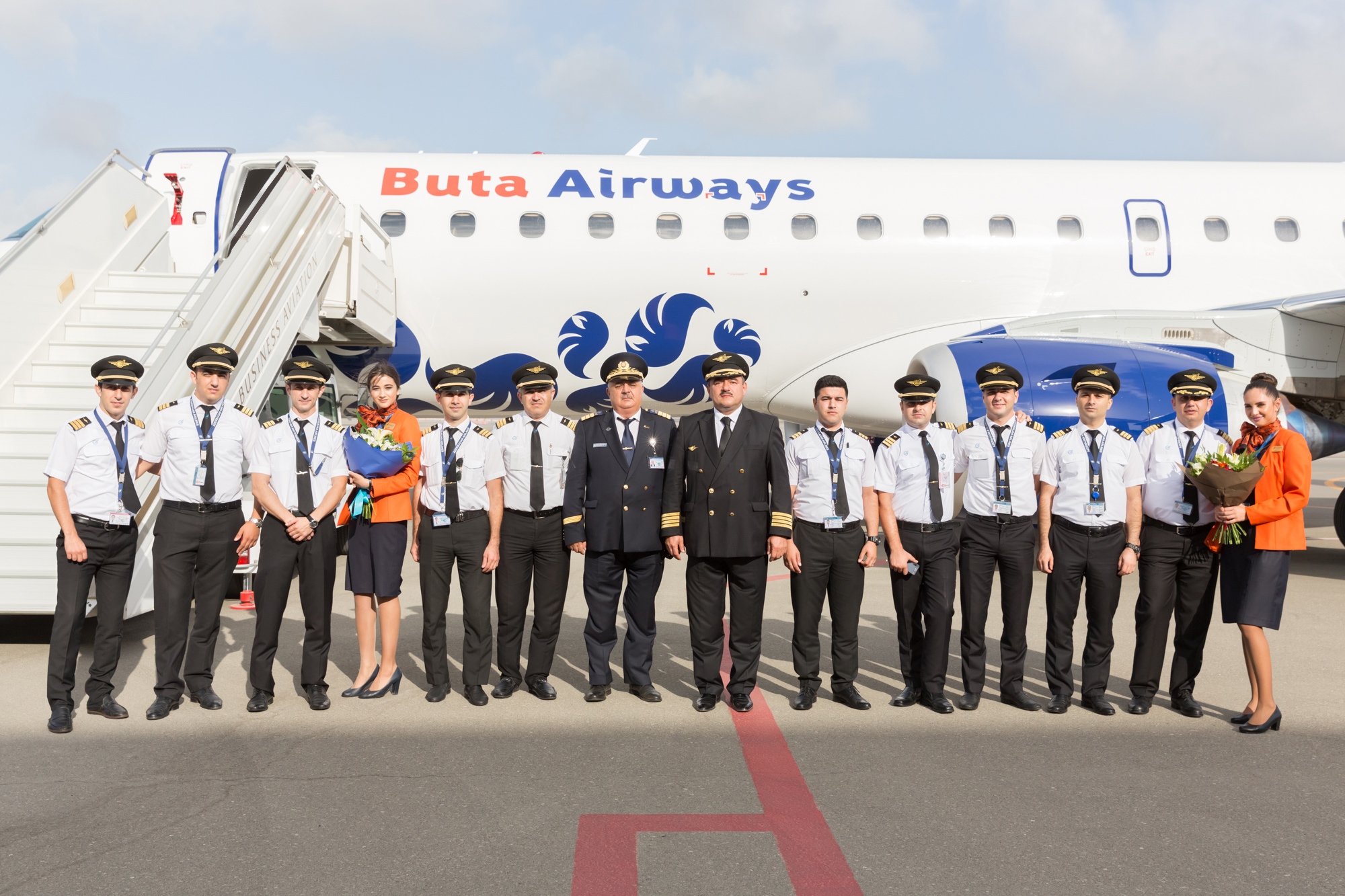 The Azerbaijani capital of Baku may be associated with oil wealth and posh, Emirates-style skyscrapers, but a new airline is focusing on another reality: economic crisis.

Buta is in fact Azerbaijan’s second attempt at a budget airline, as it replaces the country’s previous low-cost airline, AZALJet, which stopped selling tickets in July. The exact reason for the switch remains unclear, but it appears that one low-cost airline is being replaced by an even lower-cost airline.

No frills tickets on Buta, without checked baggage, start at 29 euros (around $35). Compare that to AZALJet’s old starting fare of 49 euros ($59).

And whereas AZALJet offered a fairly broad selections of routes, including some beyond the immediate Eurasian region, Buta is starting slower. Its fleet of just eight Brazilian Embraer E190 jets will begin with four flights a week, before increasing to ten by the end of October.

Many destinations are old faithfuls. Besides flights to Istanbul, Antalya, Tehran, and Tbilisi, the airline will offer a large number of destinations in Russia — Moscow, St. Petersburg, Kazan, and Mineralny Vody, as well as a flight between Azerbaijan’s second city, Ganja, and the Russian capital.

On the surface, Buta’s launch comes as part of a continued drive by the PR-hungry country to develop tourism and the airline industry. In September 2014, Heydar Aliev Airport opened a state-of-the-art Flight Operations Control Center in preparation for the European Games, held in Baku in June 2015. The Control Center’s dispatchers all received licensing from the U.S. Federal Aviation Administration. Later that month, Azerbaijan Airlines (AZAL) launched its first direct flight between Baku and New York City.

This year, Azerbaijan began allowing citizens and residents of 94 countries to order electronic visas online. As of this month, the e-visas are delivered in only three hours. Encouraging low-costers to fly to Azerbaijan has also long been part of this general tourism push.

But economic crisis remains the elephant in the room.  Buta’s launch clearly represents a conscious adjustment to declining fortunes.

Since 2014, falling oil prices and Western sanctions have led to a financial crisis in Russia and the collapse of the Russian ruble. War and a heavy debt burden have also left Ukraine’s economy in shambles. (There, Irish low-coster Ryanair’s decision not to fly to the country sparked widespread anger among Ukrainians unable to afford other flights to Europe.) Falling oil prices have also plunged the Azerbaijani economy into economic crisis and sent the country’s currency, the manat, into a tailspin.

Buta appears to be focusing its efforts where it believes profit is guaranteed. In the first half of 2017, Russia was the number one source of tourists to Azerbaijan, the Trend news agency reported. Russia also fielded over 400 thousand tourists from Azerbaijan as of July this year, the TurStat analytical agency calculated. Meanwhile, Ukraine remains hungry for affordable flights, and Turkey and Georgia are old favorites.

What once was low-cost in the region no longer appears so low.