Azerbaijan steps up talk of peace deal with Armenia

Russia is back to dominating the diplomacy between Armenia and Azerbaijan. But would a final peace deal get Moscow out of the way? Post-war report. 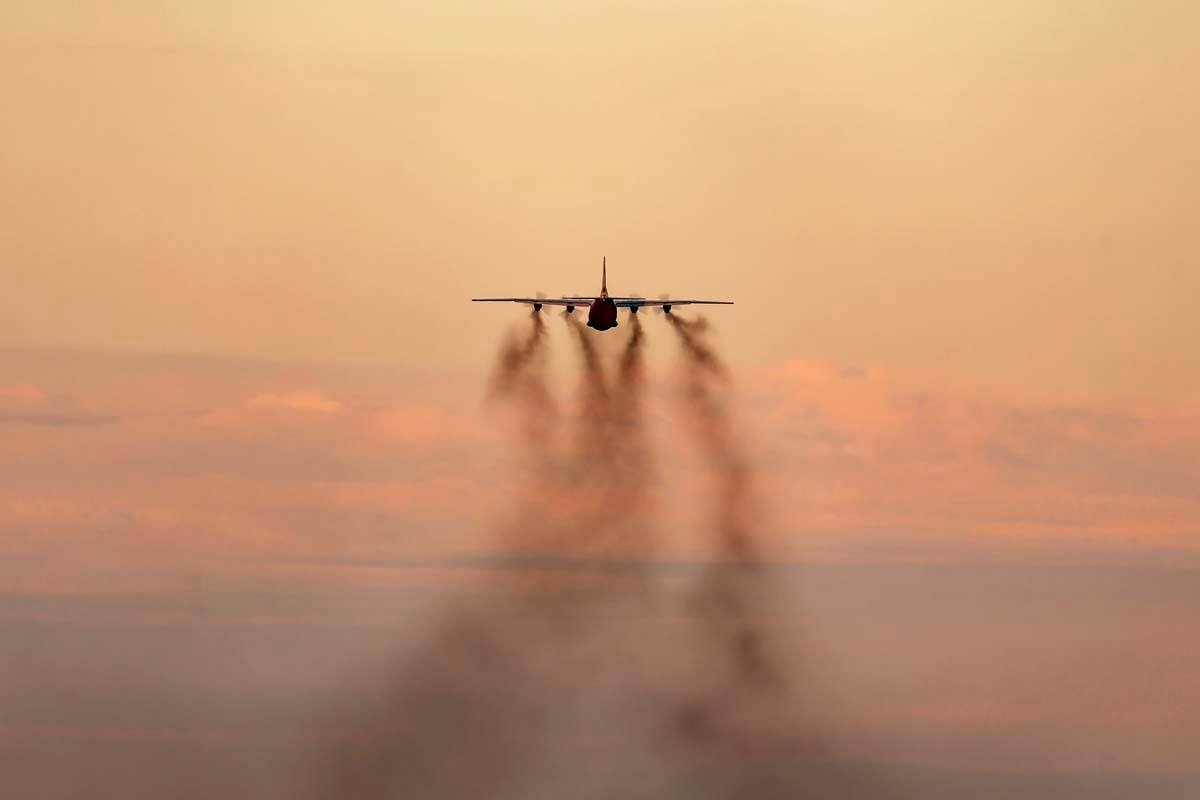 Would peace get the Russians to leave? (Russian MOD)

When Azerbaijan’s foreign ministry announced this week that it was releasing 15 Armenian soldiers, the press release looked almost like a carbon copy of a similar landmark deal a few weeks earlier. It involved the exact same number of soldiers, and also came after Yerevan had agreed to hand over maps of land mines in some territories they had lost to Azerbaijan last year.

There one notable difference, though: That first exchange had been brokered by the United States and Georgia, with assistance from the European Union and OSCE. But this new deal, announced on July 4, had only a single mediator: “Rustam Muradov, Commander of the Russian peacekeeping contingent temporarily deployed in the territory of the Republic of Azerbaijan,” as the Azerbaijani MFA announcement put it.

When Armenian Prime Minister Nikol Pashinyan met Vladimir Putin in Moscow on July 7, he gave the personal thanks to the Russian president. “I want to emphasize your personal role in this [prisoner-for-maps exchange] and thank you for it,” he told Putin. “In our June 24 telephone conversation we discussed this issue, and in a week 15 of our countrymen returned to the homeland.”

Immediately following the war last fall, Russia quickly emerged as the major broker between Armenia and Azerbaijan, sending 2,000 peacekeepers to the region and co-chairing a crucial commission on restoring transportation between the two sides.

The unexpected involvement of the Western countries in the first exchange, though, held out the possibility of a more multilateral effort in helping Armenia and Azerbaijan work out their many remaining issues, up to and including a full peace agreement that would finally resolve the conflict.

But lately Russia has resumed its central role in mediating. And Moscow is getting the inevitable pushback as a result.

One diplomatic dustup is related to the (in)activity of the Russia-led military bloc, the Collective Security Treaty Organization (CSTO). In May, Armenia had appealed to the organization to help it deal with apparent Azerbaijani incursions into slivers of Armenian territory. Yerevan argued that the collective defense provisions of the CSTO charter obliged other member states to come to its aid in what amounted to an invasion of its territory by another state.

The CSTO demurred, saying only that it was “taking into consideration” Armenia’s appeal. On July 3 the organization’s secretary general, Stanislav Zas, finally announced its conclusion.

“It needs to be understood that the CSTO can act only in the case of aggression or attack,” Zas told journalists. “But here we’re dealing with what is in essence a border incident. Thank god there are no casualties, there is no shooting there. It’s a border incident, it needs to be resolved, and we are in favor of it being resolved peacefully.” He concluded that the CSTO decided not to send a monitoring mission to the region “although, of course, the situation is being monitored.”

That didn’t go over well in Yerevan, where there has already been considerable disgruntlement over Russia’s casual approach toward its alliance with Armenia.

Two days later, the secretary of Armenia’s security council Armen Grigoryan spoke to Zas on the phone, and according to the Armenian side’s readout, Grigoryan reported that “the current situation cannot be described as an incident, as it has been a long time that the Azerbaijani servicemen do not leave the sovereign territory of the Republic of Armenia.” Grigoryan accused Baku of “an obvious attempt to seize a part of the sovereign territory of the Republic of Armenia” and advised the CSTO to “to show restraint in the formulations” it makes about the conflict.

Intriguingly, the CSTO just this year formally allowed for the possibility of partner and observer states. And a Russian official reported on July 7 that at the top of the list of candidates were Azerbaijan and Pakistan. There was no official comment from Baku on this, but the security-services-linked news website Haqqin excitedly reported on the development, calling it “sensational news.”

Azerbaijan has never been particularly enthusiastic about joining Russia’s new multilateral organizations, preferring a more multivectored foreign policy. But news leaked earlier this year that Azerbaijan might also participate as an observer in a meeting of the CSTO’s sister economic organization, the Eurasian Economic Union. And one could see the advantage for Baku of a state of affairs in which they are not obliged to follow the strictures of either organization, while still being allowed to attend the meetings and present their side of the story in their conflict with Armenia. (Current CSTO member states are Armenia, Belarus, Kazakhstan, Kyrgyzstan, Russia, and Tajikistan.)

Meanwhile, Azerbaijan has been active on another diplomatic front: pushing for a comprehensive peace deal with Armenia. In recent weeks official sources in Baku have been talking up the need for serious negotiations on a final resolution of the conflict, and that talk seems to have accelerated since Armenia’s elections on June 20. Incumbent prime minister Nikol Pashinyan won that vote handily, in theory giving him a stronger mandate to negotiate a serious deal.

"Azerbaijan is ready to work with Armenia on a big peace agreement between our two countries and we are offering this," Azerbaijani Foreign Minister Jeyhun Bayramov told Turkish television network TRT three days after the election.

“If we do not have a peace agreement with Armenia, it means that there is no peace. There is no peace not only between the two countries but also in the South Caucasus,” President Ilham Aliyev added two days later. But Aliyev’s supposed peace offering contained the usual insults, calling into question how sincere Baku might actually be. “Unfortunately, we have never heard anything like this from the Armenian government. The Armenian government is ignoring any of our statements about starting negotiations on a peace agreement with Armenia,” he added.

The sticking point, though, remains the same one that has bedeviled the negotiations for decades: who gets Nagorno-Karabakh, the territory at the center of this conflict? In the early days of the negotiations, in the 1990s, Azerbaijan appeared willing to give up Karabakh in exchange for other concessions. But that ship has long since sailed, and following the war Azerbaijan is not even willing to offer Karabakh the kind of autonomy to which it previously said it was amenable.

That point was further underscored this week, when Azerbaijan rolled out a new regional reorganization of its territory that further obscured the Soviet-era special status that Karabakh enjoyed. “It’s yet another reminder that the former Nagorno-Karabakh Autonomous Oblast has no special status, and moreover that the current zone of activity of the Russian peacekeepers is not foreseen [in the future],” one Azerbaijani commentator wrote. “The integration of these regions into the legal and economic space of Azerbaijan is just a matter of time.”

Armenia, meanwhile, continues to insist that the final status of Karabakh should be subject to a referendum. Ruben Rubinyan, the head of the Armenian parliament’s foreign affairs committee, responded to Bayramov’s offer saying that Armenia “would gladly sign a document with Azerbaijan” if Baku would recognize the status of Karabakh based on the will of its people. (There are different ways to determine which “people” would be polled, but in any conceivable variant they would be majority Armenian and thus would vote for not being part of Azerbaijan.) But any agreement that would legitimize Azerbaijan’s claim over Karabakh is impossible, Rubinyan told Sputnik Armenia.

A curious wrinkle here was provided by another Armenian MP, Naira Zohrabyan. After returning from a recent session of the Parliamentary Assembly of the Council of Europe, she reported that she had spoken to an Azerbaijani MP who told her Baku’s terms for a deal.

“Azerbaijan is ready to discuss the return of the ‘terrorists’ if Armenia agrees to sign a peace agreement,” she said the Azerbaijani MP, Samed Seyidov, told her. “That is, recognize in writing the territorial integrity of Azerbaijan, including that the 75 percent of Artsakh belongs to it.”

To unpack: The “terrorists” are the Armenian soldiers that are on trial in Baku and being used as bargaining chips for the mine maps, as in the July 4 exchange. “Artsakh” is the name for Nagorno-Karabakh, or more often the entire territory that Armenian forces controlled before the war. That is, Nagorno-Karabakh plus the seven other Azerbaijani regions surrounding Karabakh that Armenian forces occupied. And “75 percent” refers to the approximate amount of territory that Azerbaijan either won militarily during the war or which Armenia gave back under the conditions of the ceasefire statement that ended the war.

So what Seyidov seemed to have been implying is that Armenia didn’t have to recognize the remaining 25 percent of Karabakh territory as Azerbaijan for the two sides to reach a peace deal. However, the seriousness of this suggestion is undermined not only second-hand – Seyidov himself hasn’t commented – but also by the fact that just a few days later some of the “terrorists” were in fact handed over in the absence of a peace deal.

Still, does it mean that Baku is willing to consider a deal that includes regaining control of something less than 100 percent of its territory?

Left unsaid among all this wrangling is who exactly is expected to broker a final peace agreement. Before the war, this was the job of the OSCE’s Minsk Group, led by diplomats from Russia, France, and the United States. The Minsk Group has been sidelined as a result of the war, and is much unloved by either side. The Russians have de facto filled that diplomatic vacuum, though neither side is too excited about that, either.

So Azerbaijani analyst Fuad Shahbaz suggested one more incentive that Azerbaijan has to come to a peace deal: It would help get Russia out of the picture. Many Azerbaijanis have chafed at the Russian military presence on their territory, seeing it as a blemish on their victory in the war and – as noted above – regularly pointing out its temporary nature.

Shahbaz noted the recent exchange of fire between Armenian and Azerbaijani forces in Karabakh and Aghdam, and that the incident “again demonstrates the ineffectiveness of the Russian peace mission and undermines it further,” he wrote in a tweet. “In this regard, the criticism of Russia becomes louder in Baku, while the possible peace agreement with Yerevan looks like a better option.”