“This accident shows that we are not ready for an emergency.” 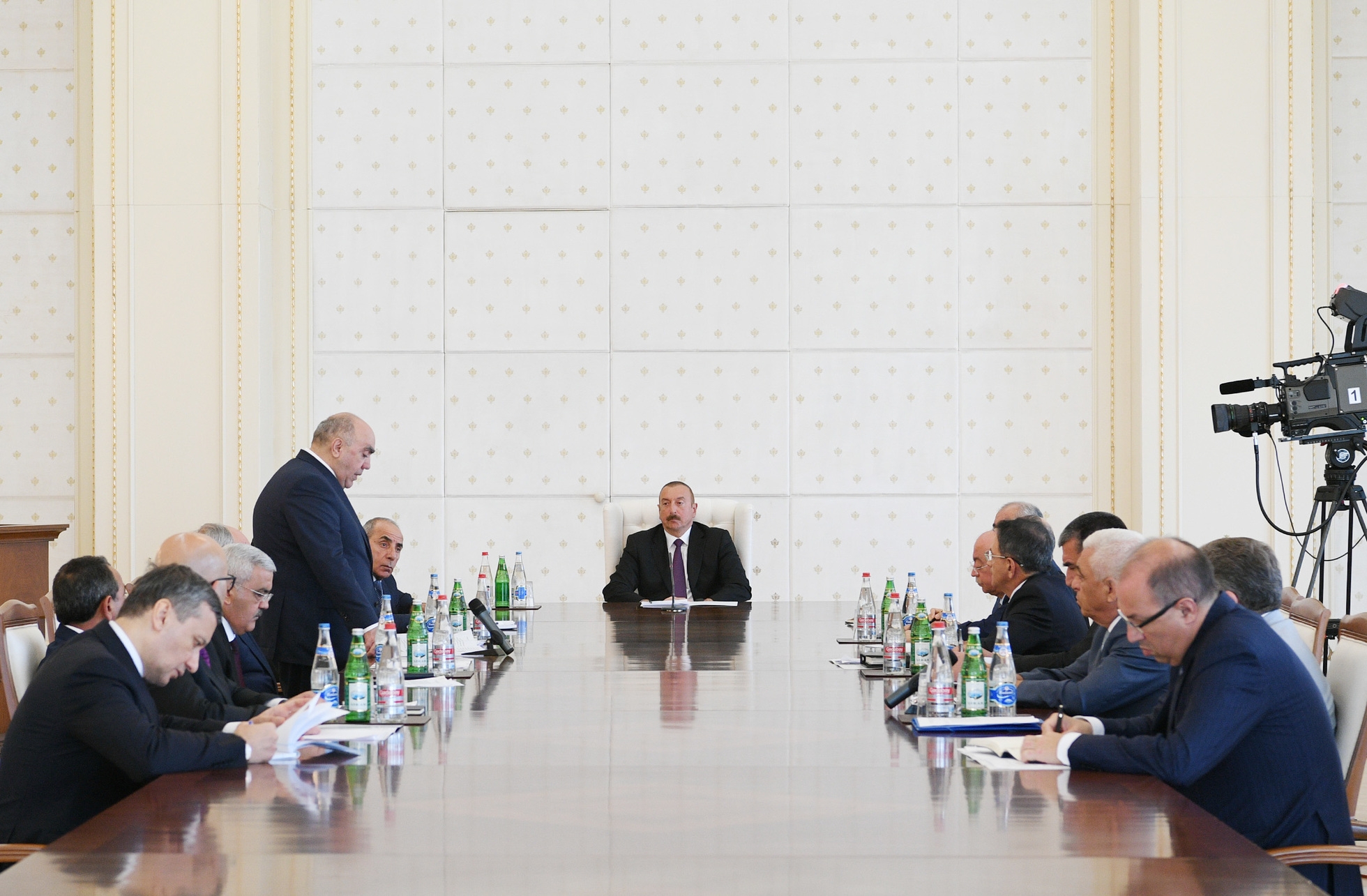 Azerbaijan suffered a massive, country-wide blackout after an explosion at a power plant this week, leaving much of the population without power on July 3 and 4. The power failure quickly became a political issue as questions arose about the ability of the rapidly developing, oil-rich state to provide its people with basic modern conveniences.

Leyla Mammadli, a 28-year-old Baku web designer, was in a shopping mall in central Baku when the outage hit. “Suddenly the power went out and everybody panicked,” Mammadli told Eurasianet in a telephone interview. “Everyone was trying to get out of the mall because we didn't know what was happening. The emergency exits, stairs, everything was crowded, it was a miserable scene.”

Mammadli said she was still without power when she spoke on the afternoon of July 4. Her apartment also didn't have water, the result of water treatment plants also losing power. “We are stuck in a horrible situation, and our relatives in the provinces are in the same situation,” she said. “This accident shows that we are not ready for an emergency.”

The blackout began late at night July 2 after an explosion at a power station in the northern city of Mingachevir. Officials with Azerenergy, the state electricity company, said the cause was high use of air conditioning, which led to a power surge; the temperature in Baku on July 1 reached 43 degrees Celsius (109 F) and on July 2, 38 degrees Celsius (100 F). 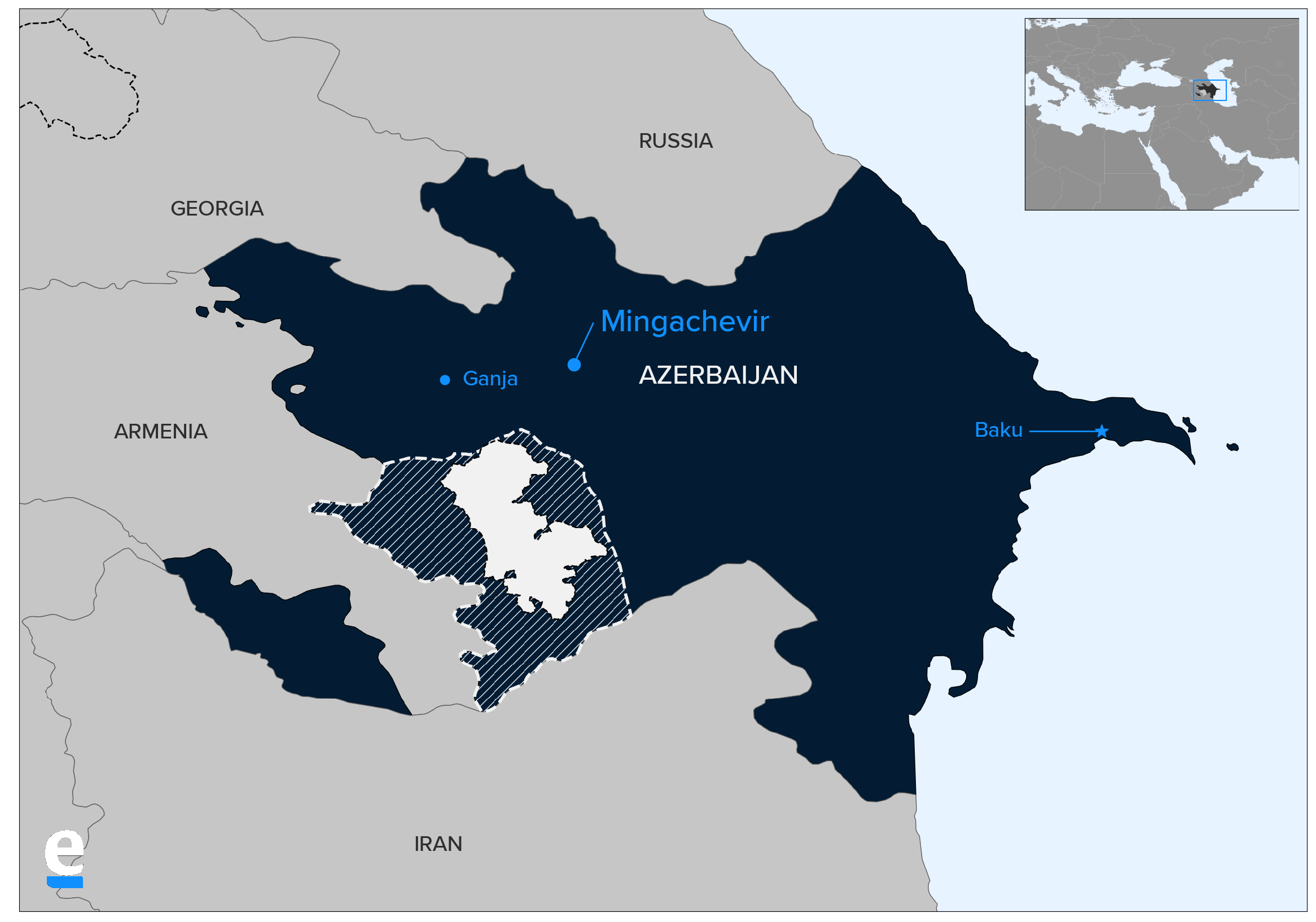 While the electricity supply was partly restored the following morning, there were more blackouts on July 4. The outage appeared to have affected most of the country; official announcements said that 39 cities and districts across the country lost power.

Service on the Baku metro – which transports an average of half a million riders a day – was suspended on July 4, as officials said the power supply was too unstable. City officials provided additional buses, and waived transport fees, to help mitigate transportation difficulties.

Before metro service was suspended, however, there were panicked scenes on July 3 as the system lost power while it was operating, forcing people to escape by walking through the tunnels.

The state energy company SOCAR reported “temporary interruptions” of its drilling operations due to the blackout.

President Ilham Aliyev set up a government commission to investigate the cause of the blackout. Kamaladdin Heydarov, the minister of emergency situations and a member of the commission visited Mingachevir on July 3 and 4, local media reported.

“As can be seen, the Azerbaijani government is capable of ensuring – under any circumstances, including in emergency situations – security of the country and population and the normal rhythm of the society`s life,” the presidential administration said in a statement issued July 4. “The works done in the wake of the incident gives a firm reason to say that with any certainty.”

To help cope with the power outage Azerbaijan began importing electricity from Georgia and Russia – 86 megawatts and 200 megawatts, respectively.

Azerbaijan has invested heavily in its electricity infrastructure, about $5 billion in the last 14 years, said Ilham Shaban, head of the Baku-based energy think tank Caspian Barrell. Finland's Wartsila has built seven power plants in the country, with a total capacity of 860 megawatts, since 2005. Germany's Siemens built a 524-megawatt plant in Sumgayit, and Azerenergy itself built a modern 780-megawatt plant in Shirvan.

And yet, “a power outage like this has never before happened in the history of Azerbaijan,” Shaban told Eurasianet.

“What does it say about the state machine that it has so much trouble in one day? People have enough problems, and you create additional problems,” head of the opposition Popular Front Party Ali Karimli said in a Facebook post addressing the authorities. “Azerenergy and other government agencies are not ready for emergency situations. The only thing you're capable of is stealing and transferring money offshore.”

While grumbling on social media was widespread, pro-government groups hit back. The Youth Union of the ruling New Azerbaijan Party called government critics “traitors” on its Facebook page.

“An explosion in a U.S. power plant, five died; a nuclear power plant exploded in Japan, hundreds of people died, the city collapsed; 330,000 people were left without electricity due to debt in Germany; and the radical opposition [in Azerbaijan] does not speak about these cases, turns the accident, which was caused by weather, into a national tragedy. So, is that your patriotism? Shame on you, traitors.”

During the power outage, the mayor of Ganja, Azerbaijan's second city, was shot and both he and his bodyguard were hospitalized.

The presidential administration blamed “opposition circles” – which it did not further identify – for taking advantage of the crisis to commit the attempted assassination.

“Unfortunately, some opposition circles – through news websites and social networks they control – have sought to take advantage of the accident at the Mingachevir Thermal Power Station and an armed attack on an official in Ganja region and tended to create a stir in society, cause mass dissatisfaction and disrupt stability in the country, acting contrary to the interests of the state and the nation,” the statement said.

Aliyev himself cast doubt on Azerenergy's claim that heavy air conditioner usage was to blame for the blackout. He noted that in countries where temperatures are even higher, such large-scale accidents don't happen, “and even if they do happen, the energy system of the country isn't paralyzed,” the president said on July 5.

He also personally criticized the head of Azerenergy, Etibar Pirverdiyev. “You should be ashamed of yourself for causing the people such discomfort,” he said. “The accident damaged not only citizens, but the economy as well. SOCAR seriously suffered.”

Azerbaijan's Prosecutor General, Zakir Garalov, said on July 5 that charges including negligence and abuse of an official position were being brought against Pirverdiyev.

In a bit of ironic timing, the day before the blackout, British energy giant BP announced that the consortium that it leads had started shipments of gas from the Shah Deniz II field to Turkey, part of the Southern Gas Corridor that is aimed at improving Europe's energy security.

Correction: This story initially reported that the explosion in Mingachevir happened at the hydropower plant there. It was at the town’s thermal power plant.