Azerbaijan: Teaching the ABCs of How to Be a Sniper 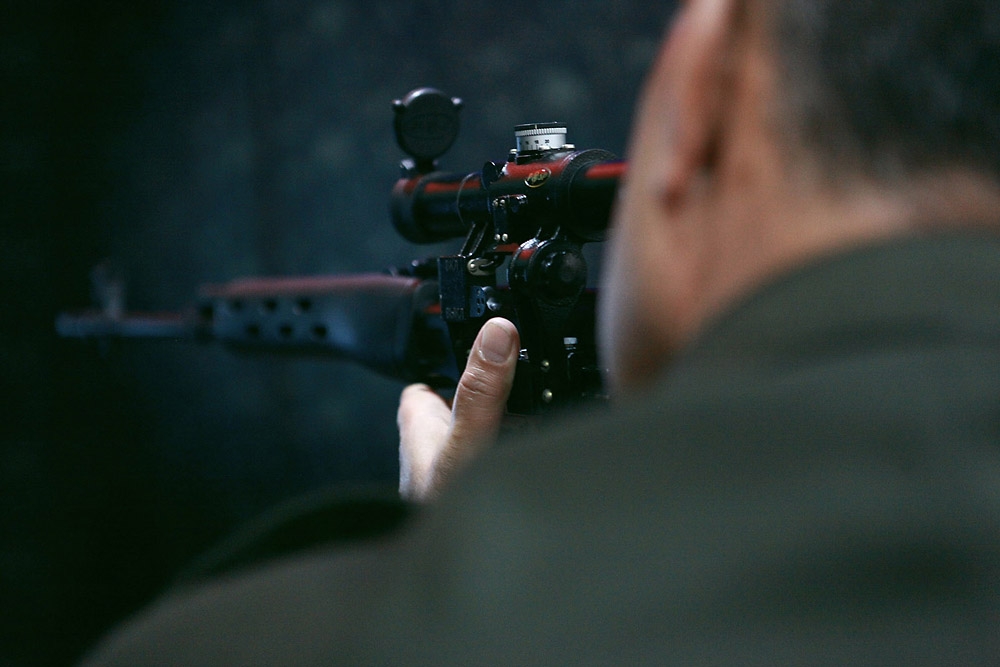 The Military Patriotic Sports-Technical Society offers a 45-day course teaching combat techniques, including how to be a sniper. 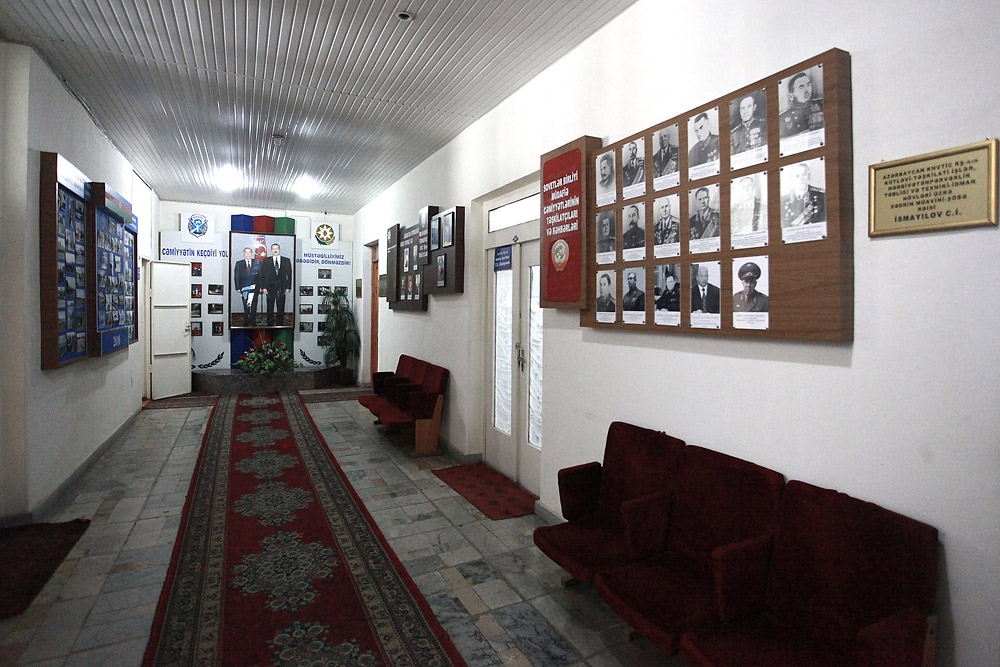 The entrance to the school is decked with photos of military heroes. 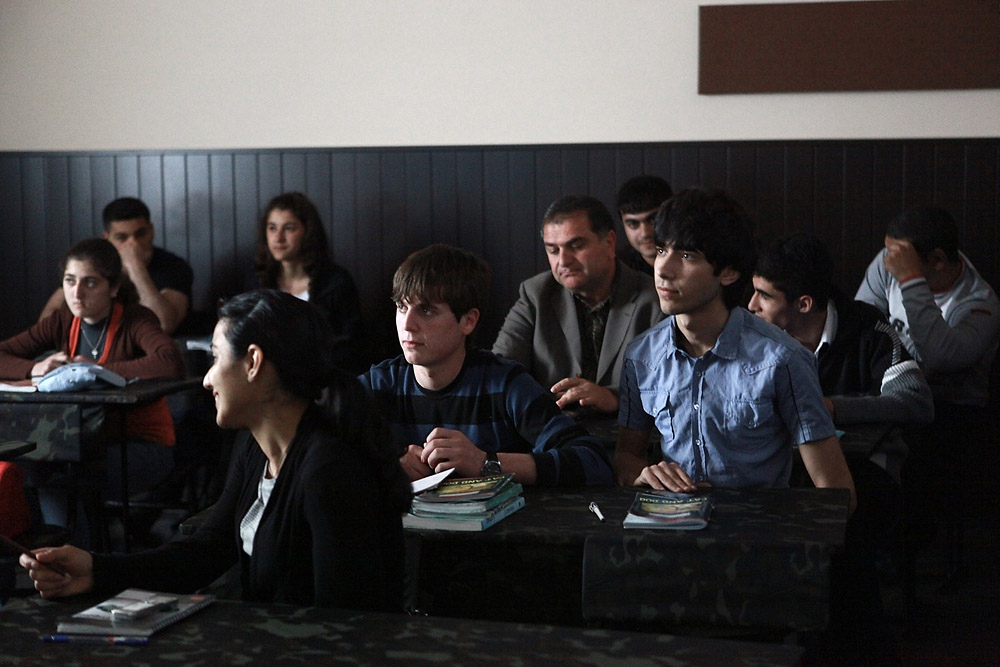 The current sniper school’s 24 students range in age from 15 to 48. 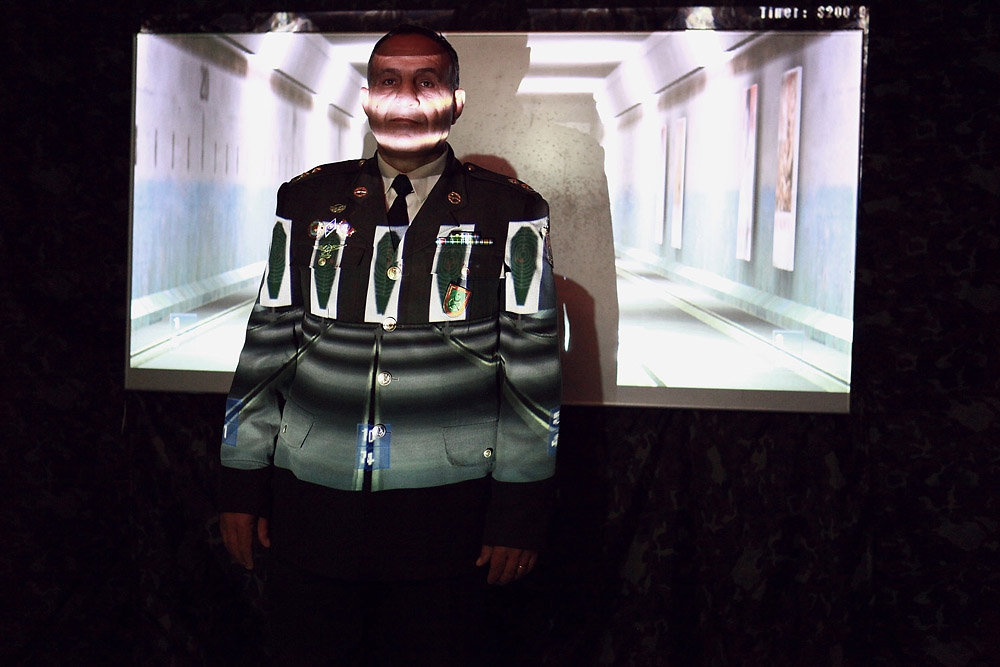 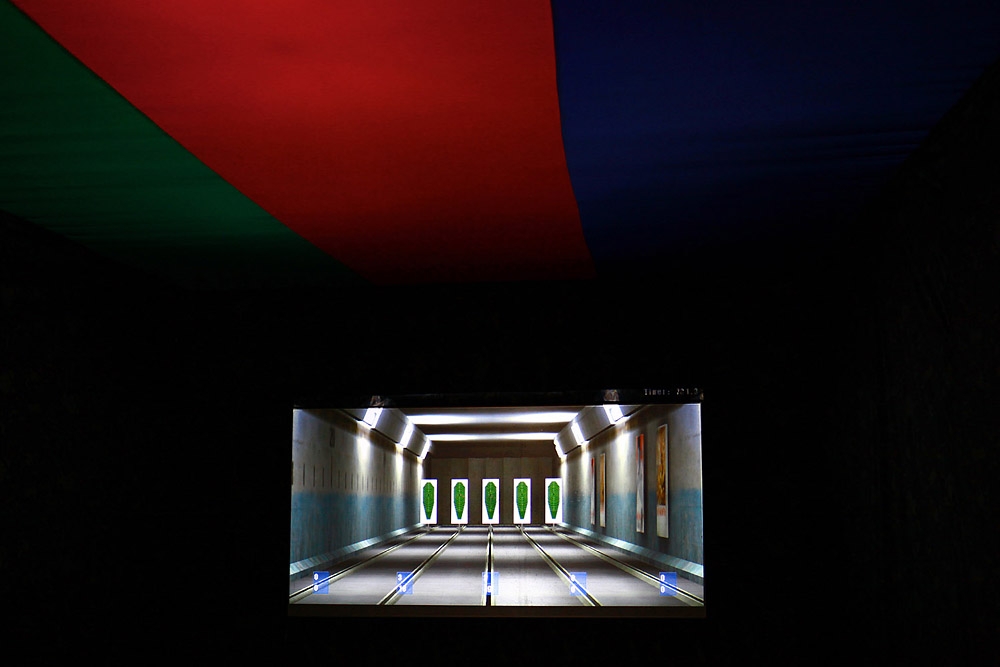 A Russian simulator with film scenes lets students try shooting at "moving targets" - in a forest setting or during a car chase. 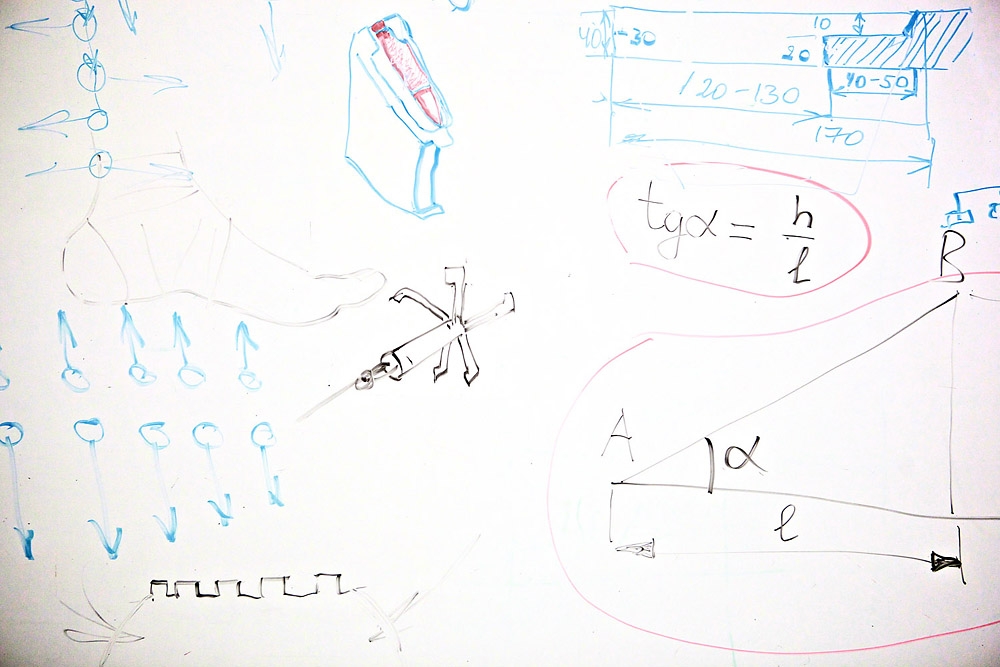 Students are drilled in both the theory and practice of sniper shooting. 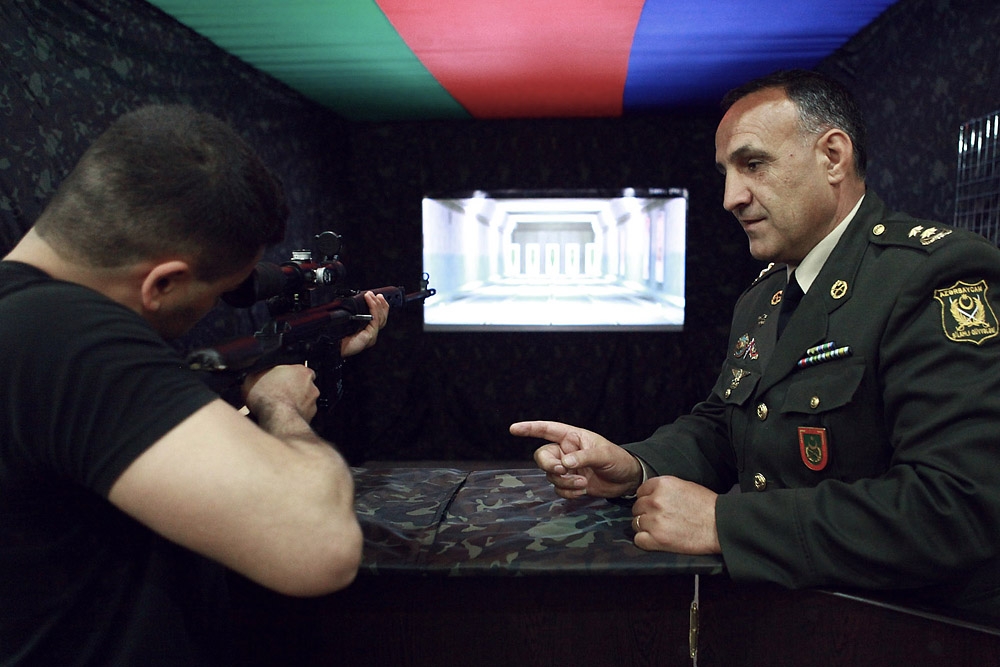 The course ends with three days of exams; successful students receive a certificate that attests to their sniper skills. 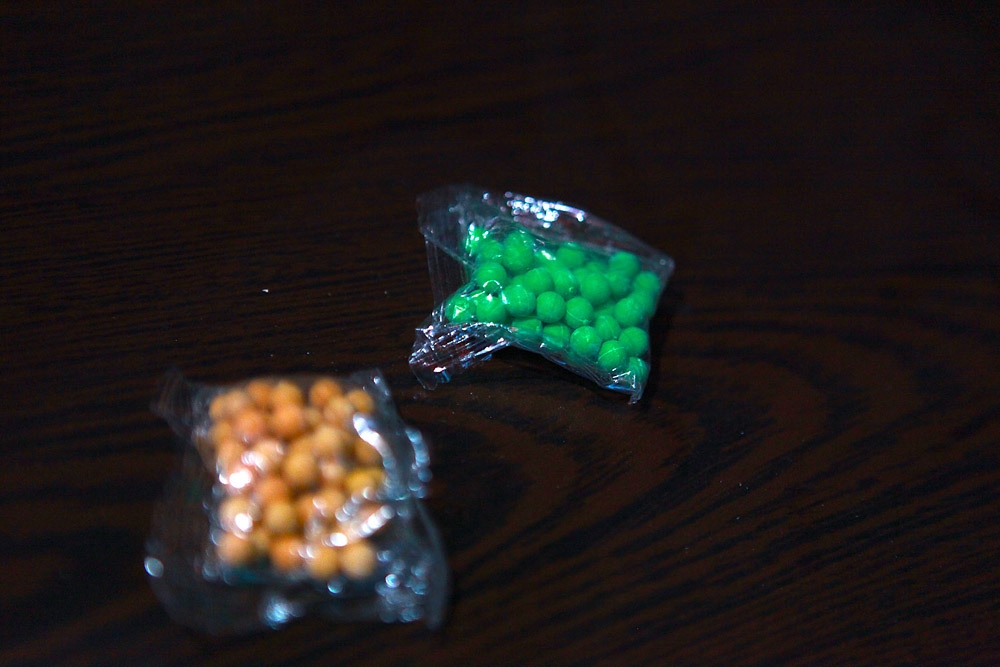 Small pellets are used instead of live ammunition. 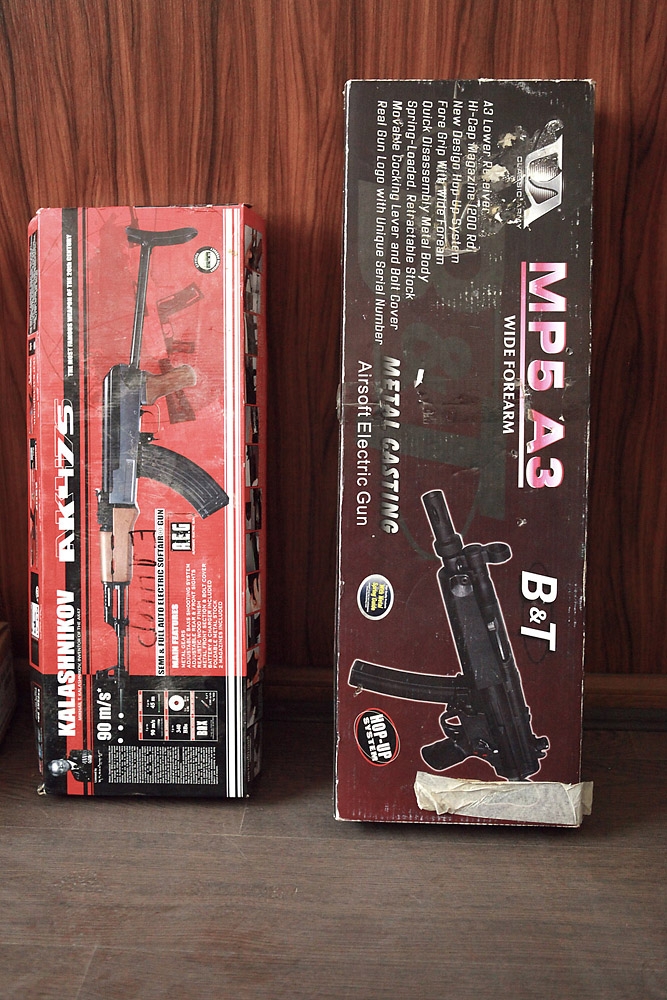 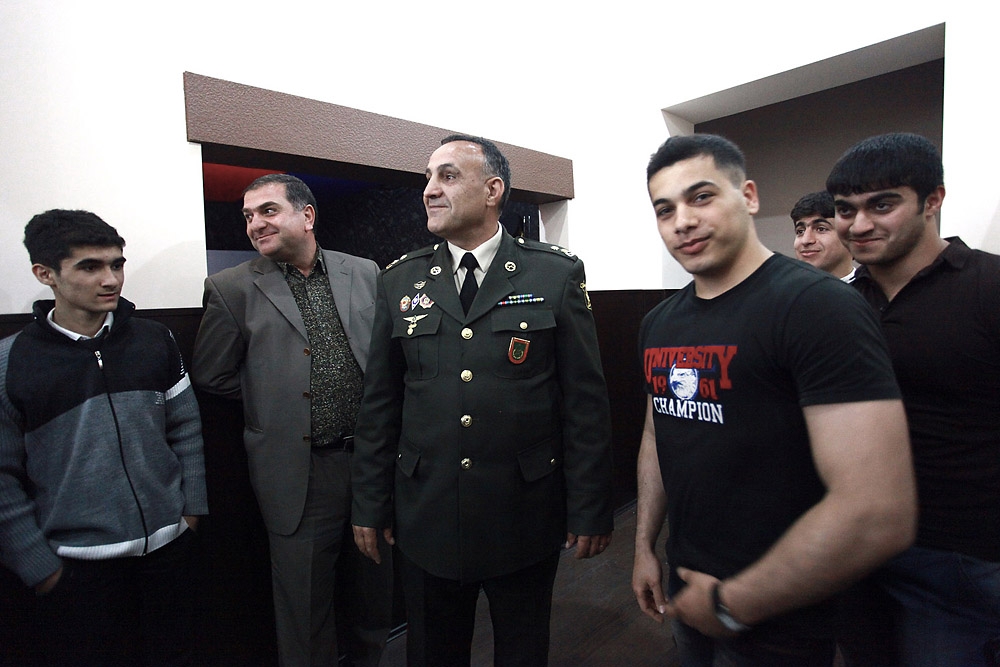 Public school students can study - and shoot - for free, while older participants pay 50 manat ($63) for the course. 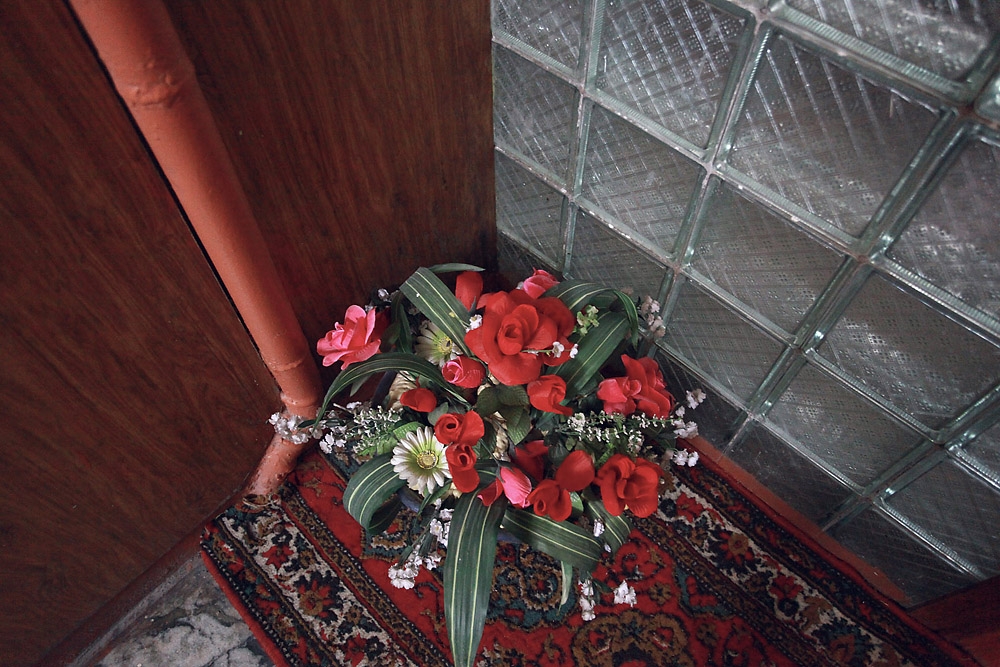 Few in Baku seem to have misgivings about such training for teens. 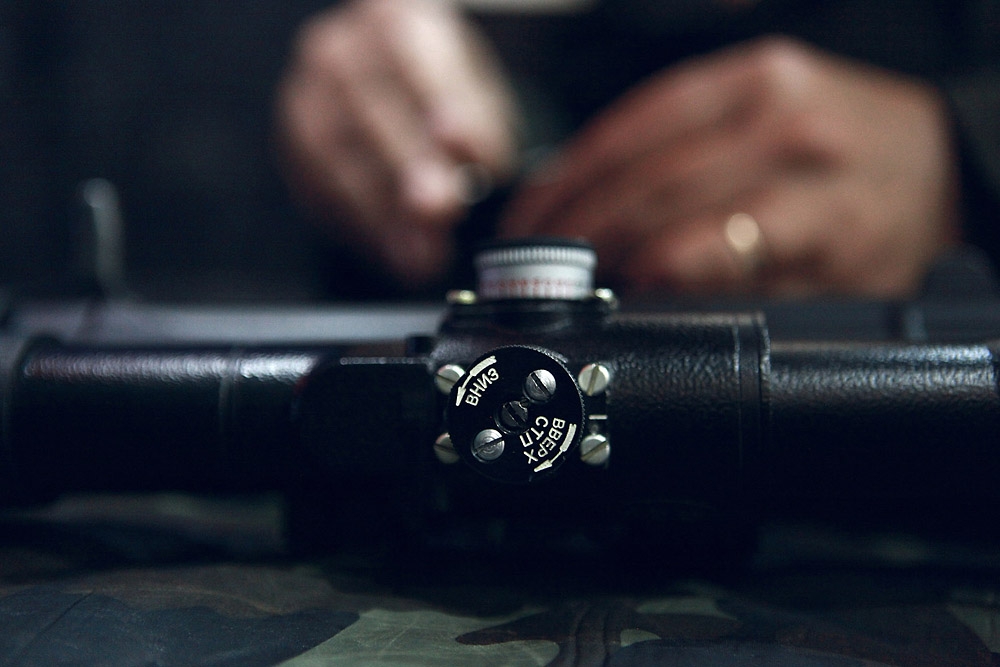 The Baku-based club is the only organization outside of the military that provides such training. 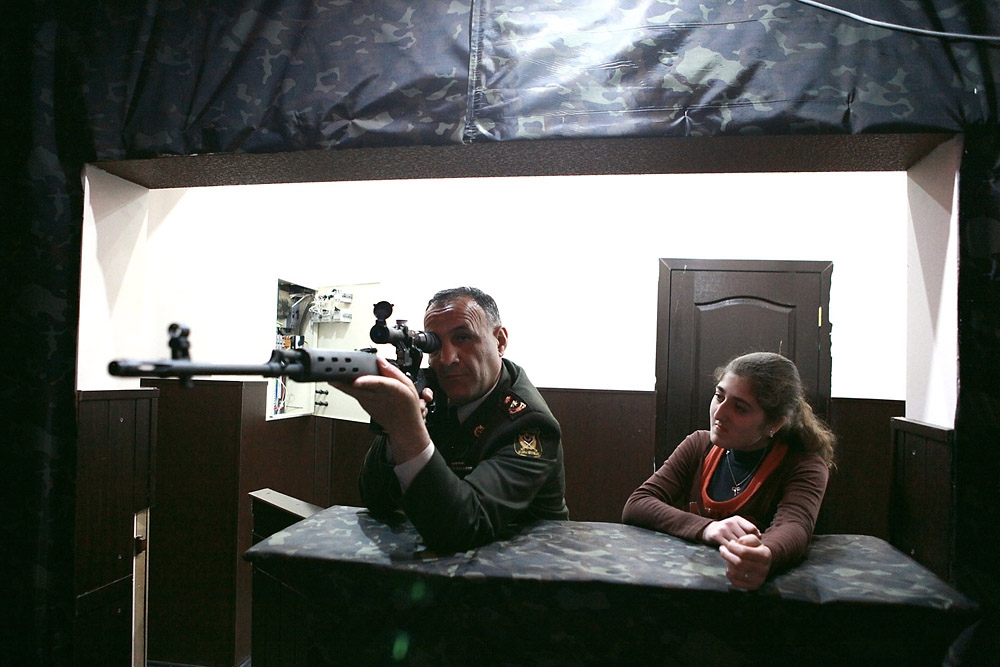 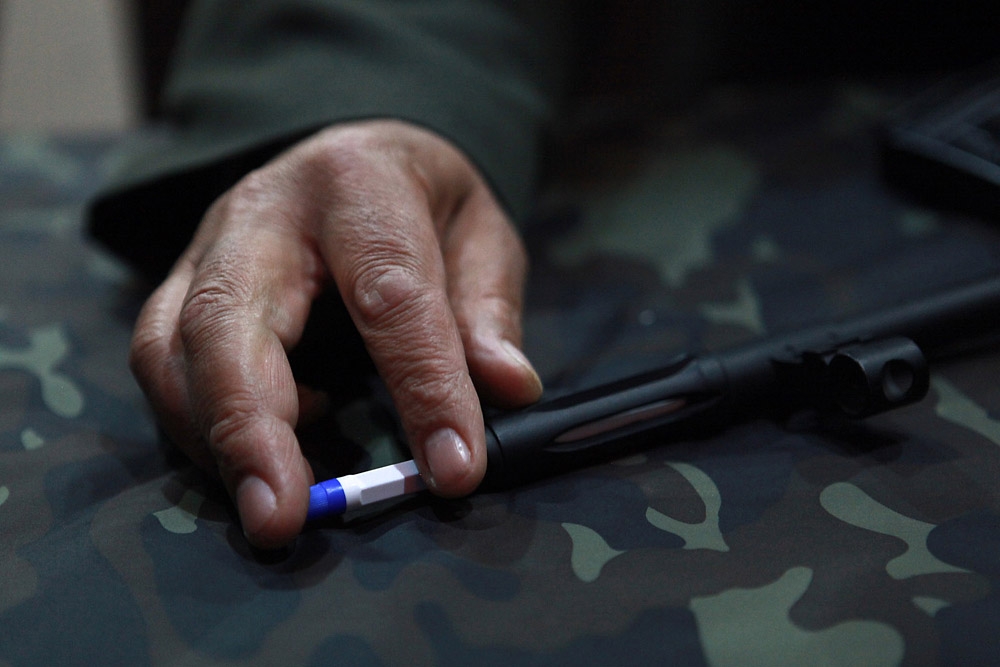 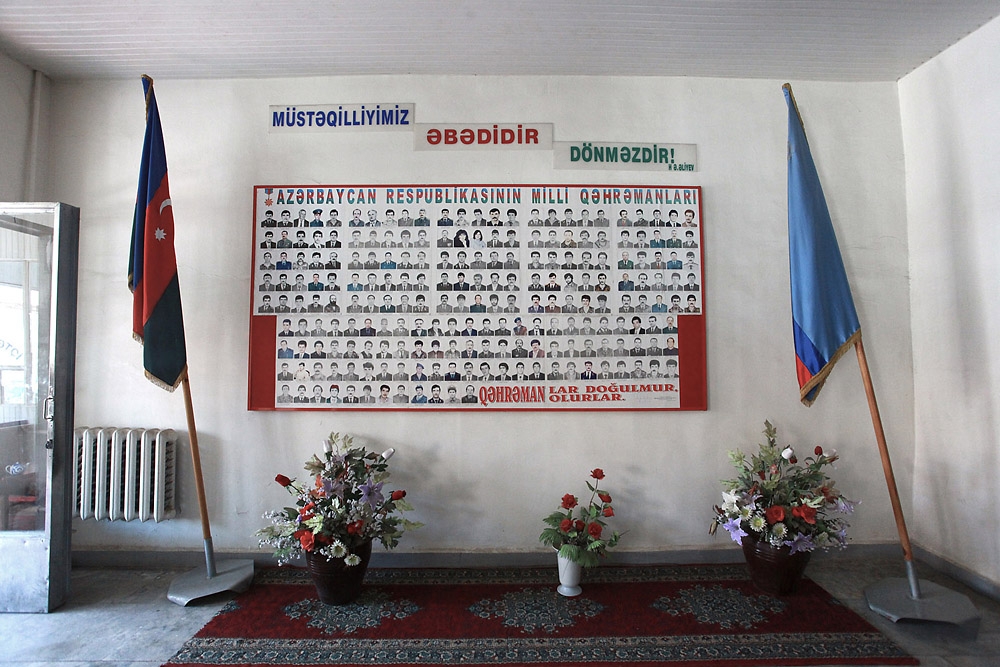 The course runs five days a week for just over seven weeks.
prev
next

It’s a bright spring morning in Baku, and, at Azerbaijan’s only non-profit school for snipers, 10 students are diligently taking notes about the “peculiarities” of a Russian-made, semi-automatic Dragunov sniper rifle and those of a Israeli-made Tavor TAR-21 assault rifle.

Such sniper lessons could soon be the wave of the future for many young Azerbaijanis, if some government officials have their way. In April, President Ilham Aliyev stressed that a four-year state youth program should place particular emphasis on military training.

The Baku-based club, VMPTSTS, or the Military Patriotic Sports-Technical Society, has already endorsed Aliyev’s call with a 45-day-long course that teaches Azerbaijanis over the age of 15 essential combat techniques, including how to be snipers. It is the only organization outside of the military that provides such training.

Valid Gardashly, a spokesperson for VMPTSTS, said the sniper training could prove useful, given the fact that Azerbaijan and Armenia have been locked in an armed struggle -- both hot and cold -- over Nagorno-Karabakh for the past two decades. “Of course, they [students] are not going to become professional snipers after our lessons, but they will at least be trained to use a weapon and to have useful theoretical knowledge to serve in the army,” Gardashly said.

Few in Baku seem to have misgivings about such training. No public outcry was heard in April when the Ministry of Education proposed lifting a ban on weapons in public schools so that more youngsters could learn how to safely handle firearms – all under the auspices of the Azerbaijani Youth: 2011-1015 program.

Of late, outside observers, including experts from the Brussels-based the International Crisis Group, have expressed alarm about the possibility of renewed warfare between Azerbaijan and Armenia. Analysts in Baku downplay such speculation, however. Maj. Gen. Novruzali Orujo, VMPTSTS chairperson, declined to comment about the timing of the organization’s decision to offer sniper lessons. Club members say they simply want Azerbaijani youth to be better prepared to serve in the army.

Five days a week for just over seven weeks, the sniper school’s 24 students, ranging in age from 15 to 48, are drilled in both the theory and practice of sniper shooting. Aside from first aid and how to load and fire, students, divided equally between males and females, dig into such topics as “The Basics of Hand-to-Hand Combat,” military topography, intelligence gathering and international laws on the use of sniper rifles.

The latter comes in handy for knowing “when and under what conditions and against whom a sniper weapon could be used,” commented Lt. Col. Huseyn Talybov, a former army Special Operations unit commander, who is the club’s main instructor.

At a shooting range next to the classroom, students try out their handling of the Dragunov and Tavor TAR-21, plus the widely used Heckler & Koch MP5 sub-machine gun and the Azerbaijani-made Istiglal sniper rifle. A Russian simulator with film scenes lets students try shooting at simulated, moving targets -- in a forest setting or during a car chase.

The course ends with three days of exams; successful students receive a certificate that attests to their sniper skills. Public school students can study – and shoot – for free, while older participants pay 50 manats ($63) for the course.

Motivations for signing up for the VMPTSTS sniper school vary widely. The youngest sniper student, 15-year-old Orhan Hojayev, is an Internally Displaced Person from Agdam, a sprawling, ruined town in northwestern Azerbaijan, which is now occupied by Armenian forces. “I want to become a good shot in order to be useful in a fight against the enemy in case of war,” Hojayev stated flatly.

Another IDP, 34-year-old Shafag Ismayilova, also said that she wants to be ready to “liberate our lands.”

But if this sounds like a made-to-order government program, VMPTSTS staffers reject the notion. The organization, a successor to the Soviet-era Volunteer Society for Supporting the Army, Air Force and Navy, receives no direct government funding, they insist.

Other than running courses on how to be a sniper – or a parachutist, at a site near Azerbaijan’s northern border with Georgia – the club “earns its own money” by teaching civilians and military personnel how to drive, said spokesperson Gardashly.

For 21-year-old university student Shafag Amrahova, though, learning to be a sniper just comes down to a good form of exercise. “I do a lot of sports,” she said. “I heard about these lessons, it sounded interesting and, so, here I am.”