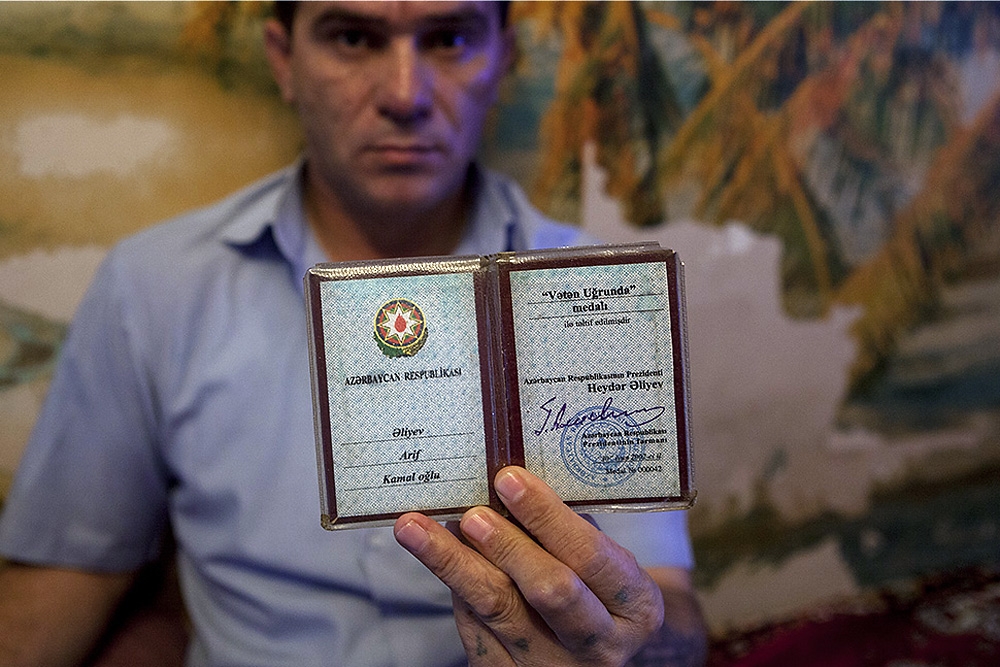 Arif Kamal Aliyev fought during the Nagorno Karabakh war from 1990 to 1993. 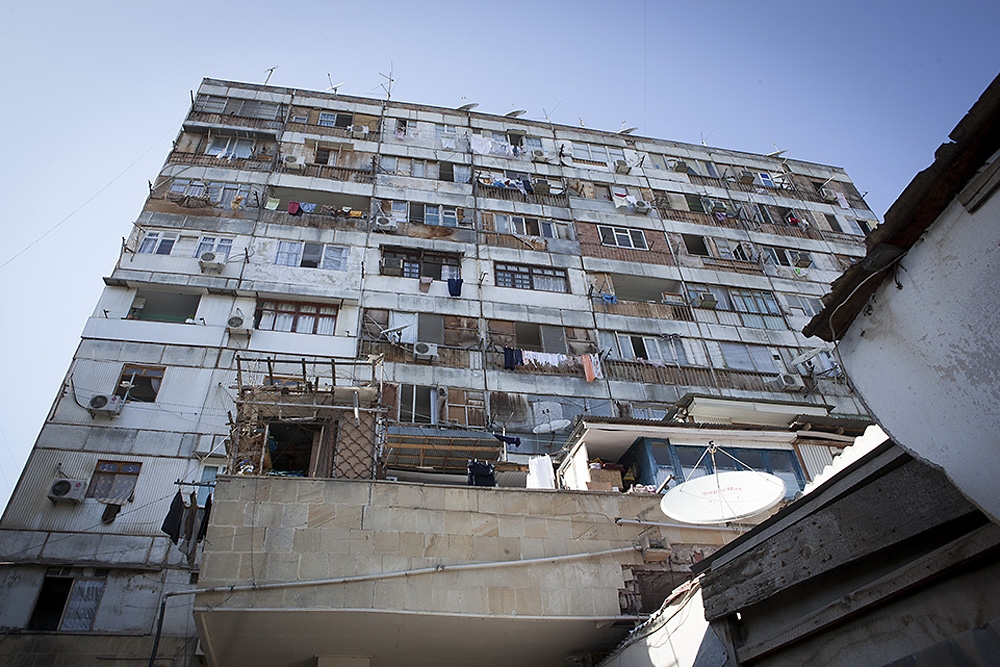 Aliyev lives with his family in Baku in a former student hostel, which is now completely settled by war refugees. 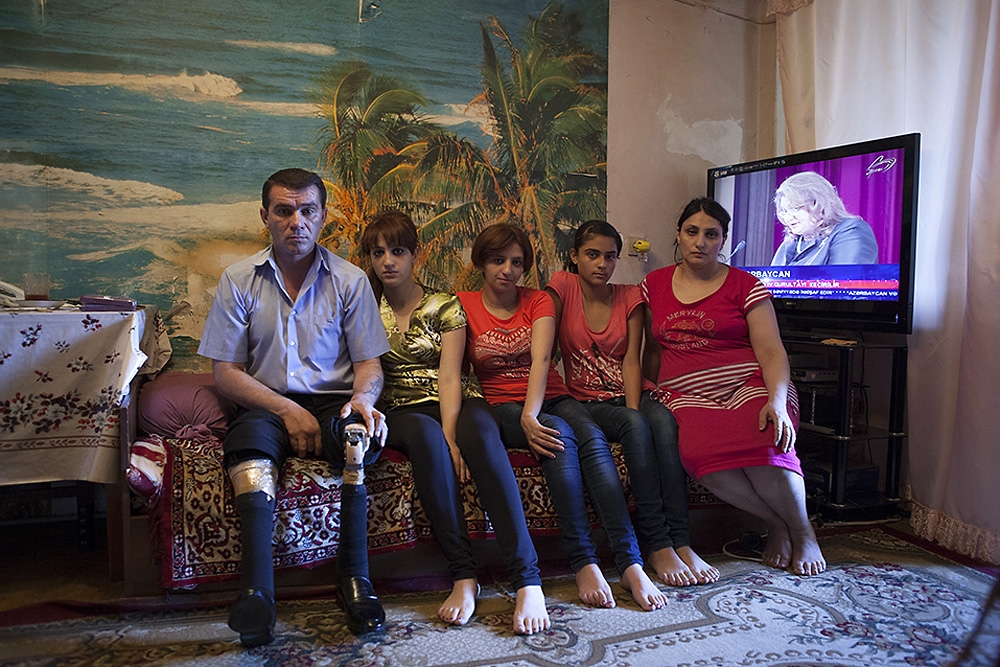 Aliyev lives with his wife and three daughters in one room. 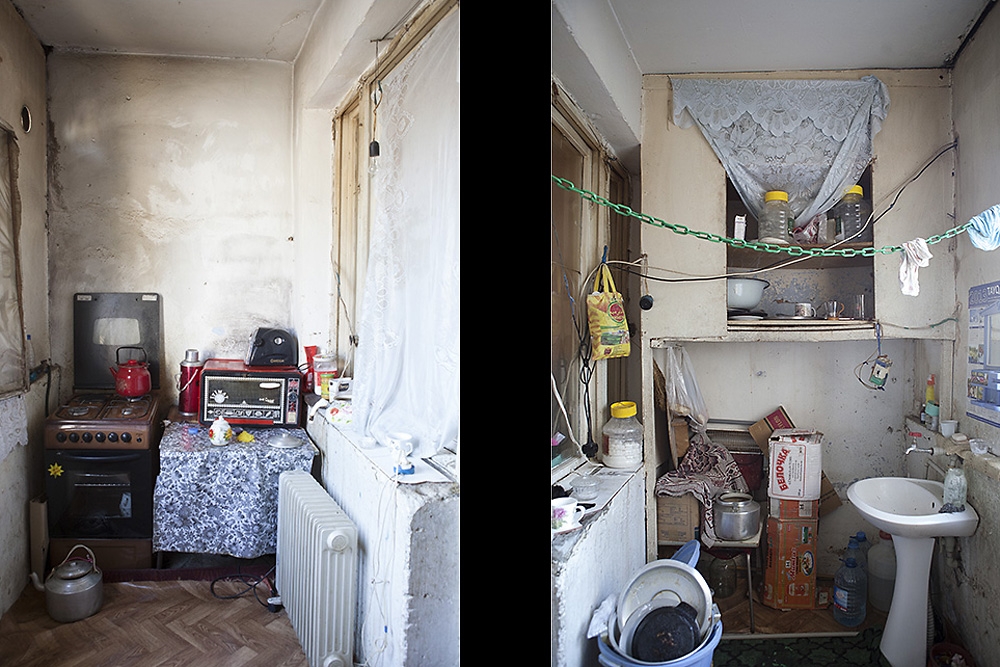 Aliyev married his wife in 1995, one year after the war ended, 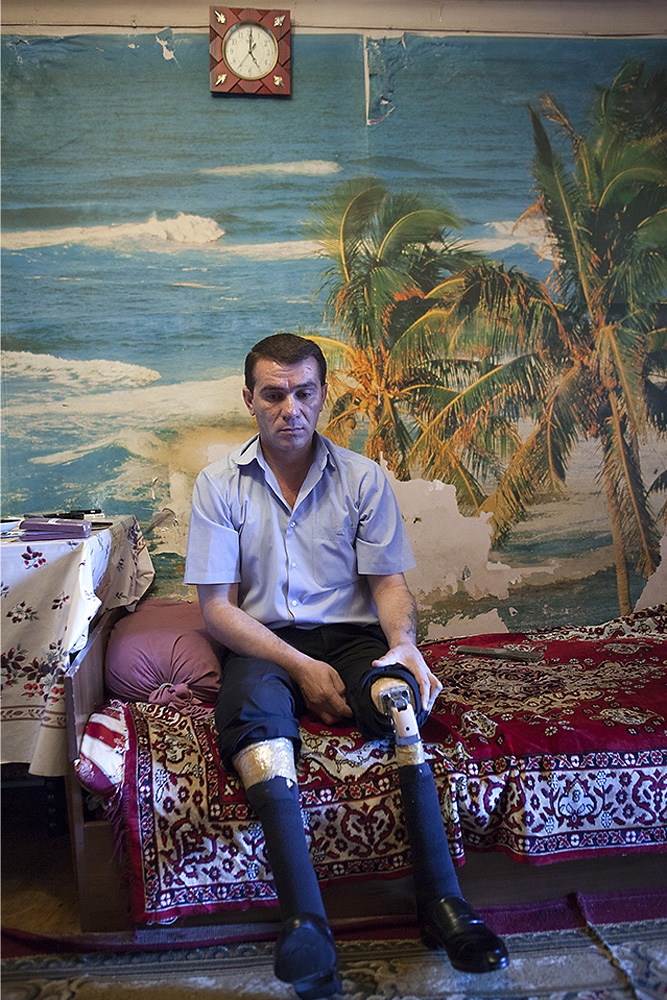 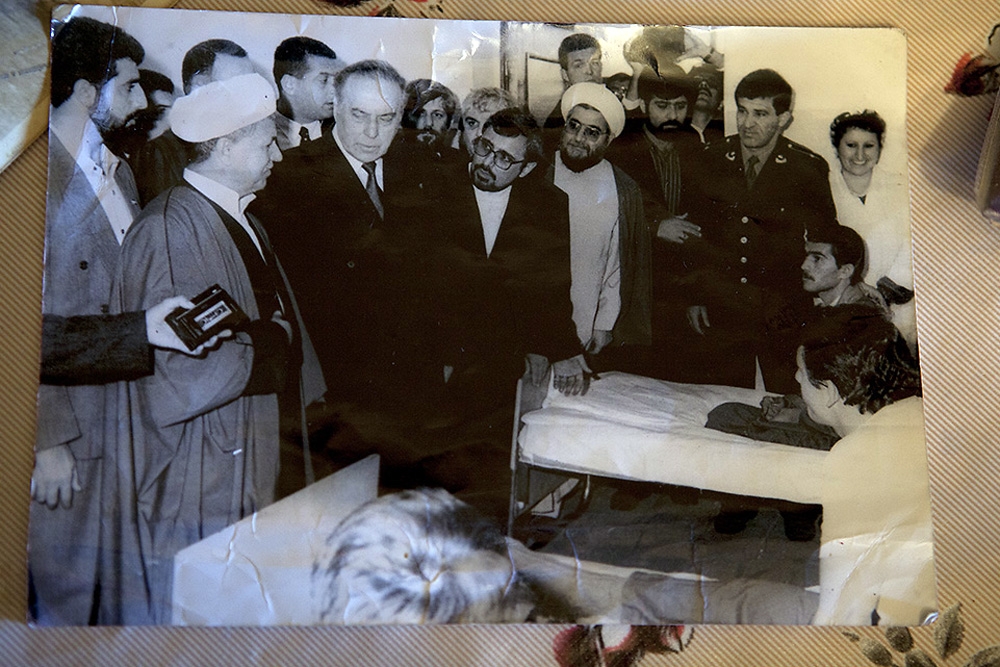 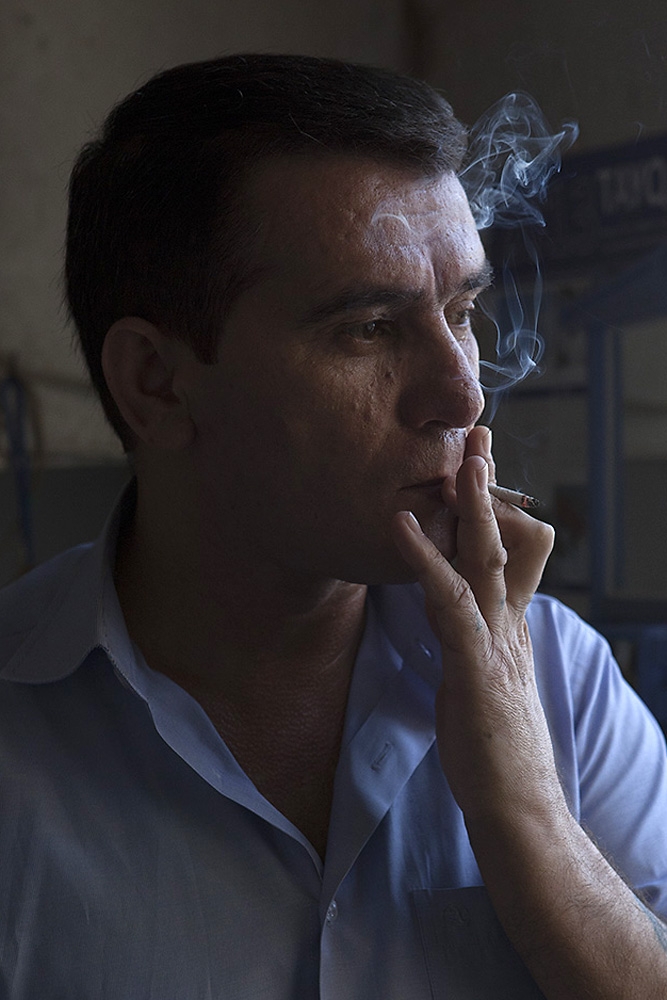 Following the hospital visit, Aliyev was sent to Iran to receive artificial limbs for both legs. 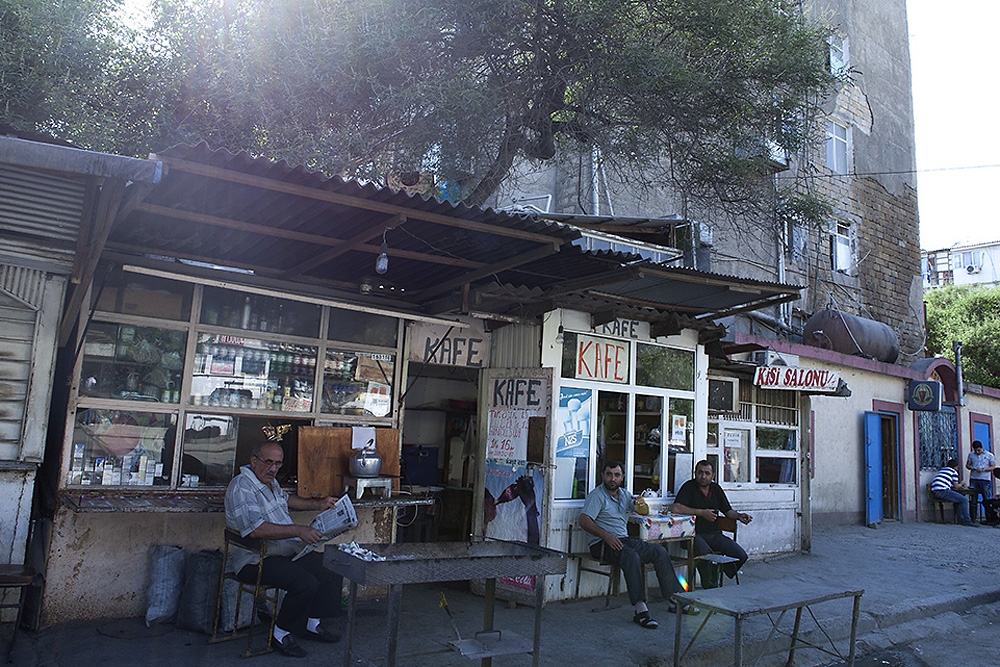 Because Aliyev finds it difficult to walk far with his artificial limbs, he spends much of his time at the local café. 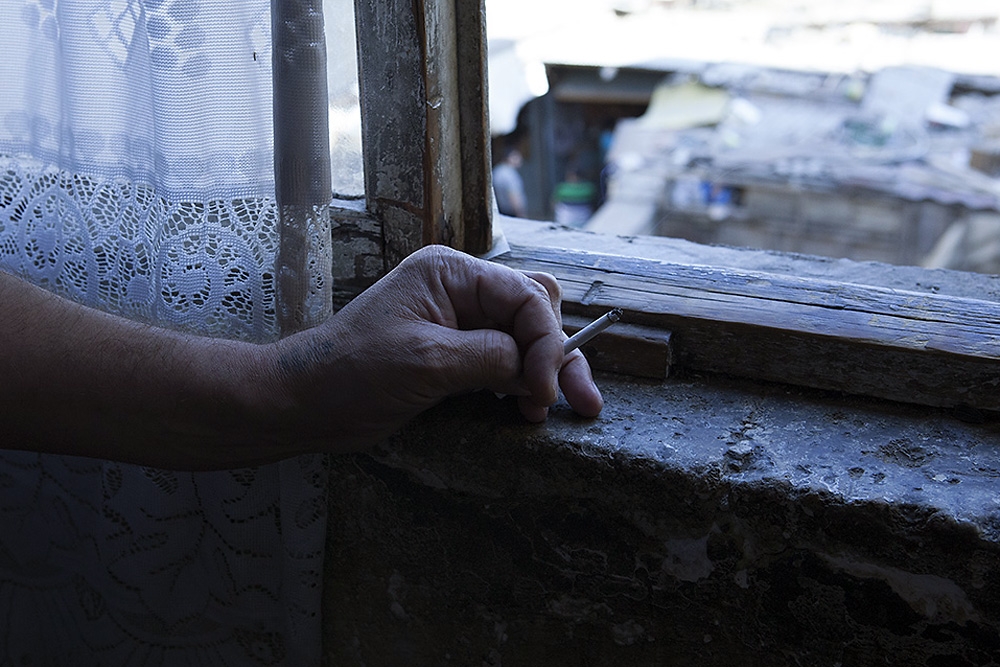 Aliyev, who is unemployed, tried to sell watermelons at the market, but says he was stopped by the police. 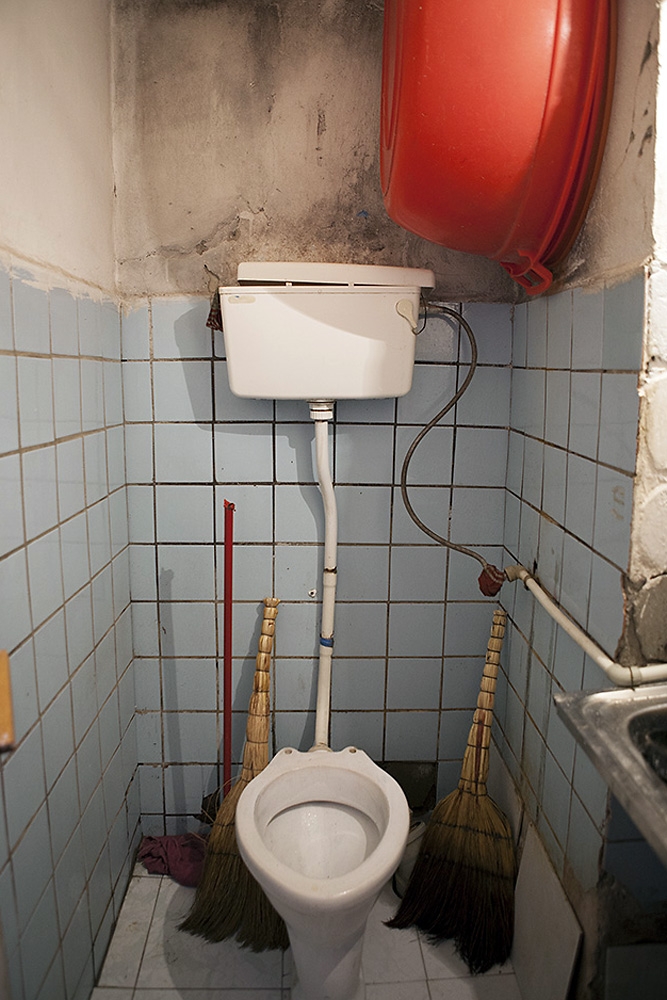 Aliyev, who is originally from Agdam, was a policeman before he started fighting. 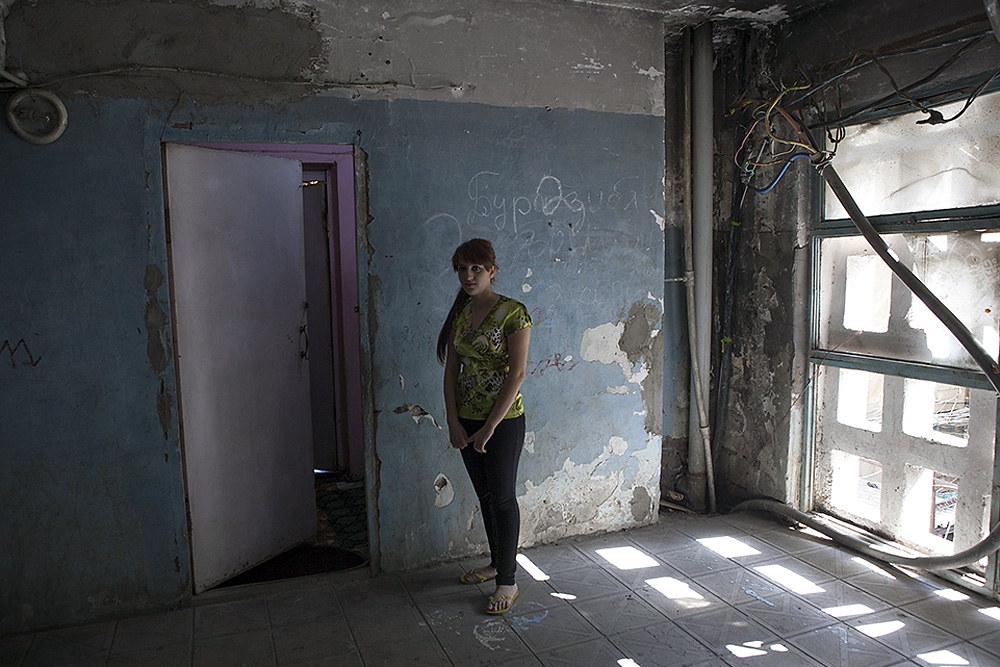 Aliyev's oldest daughter stands outside the door to her family's apartment. 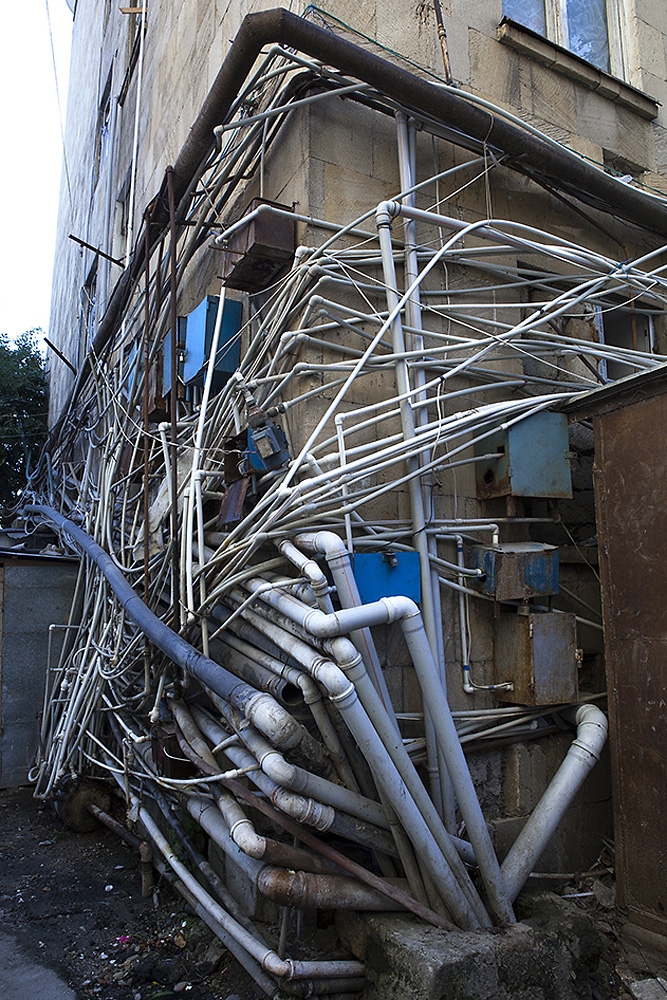 Utility and water pipes snake from the building into a sewer. 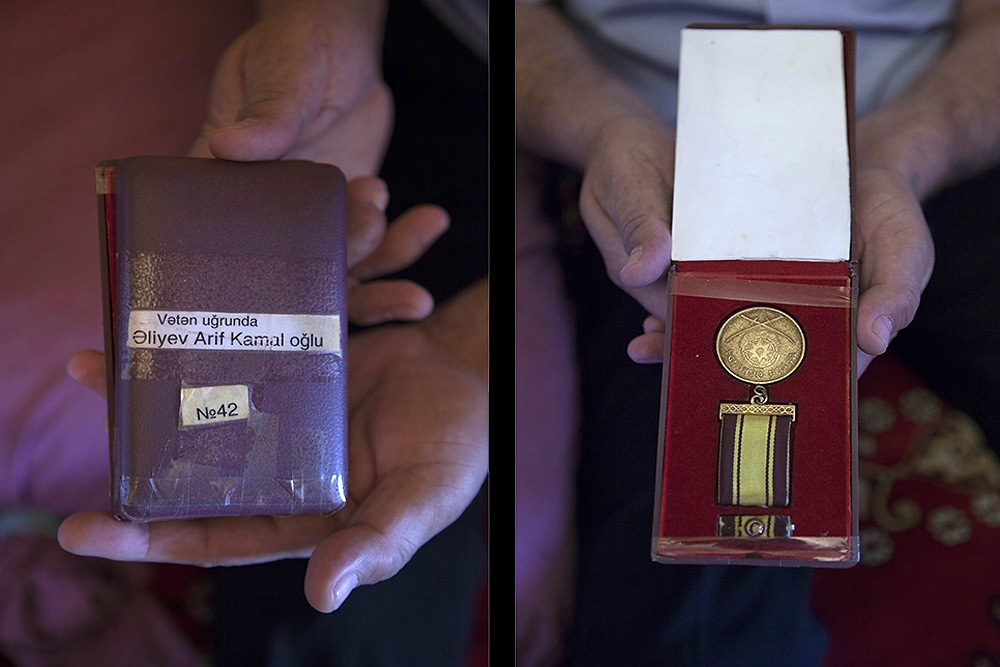 For his service, Aliyev received the "In the Name of Protection of the Motherland" medal. 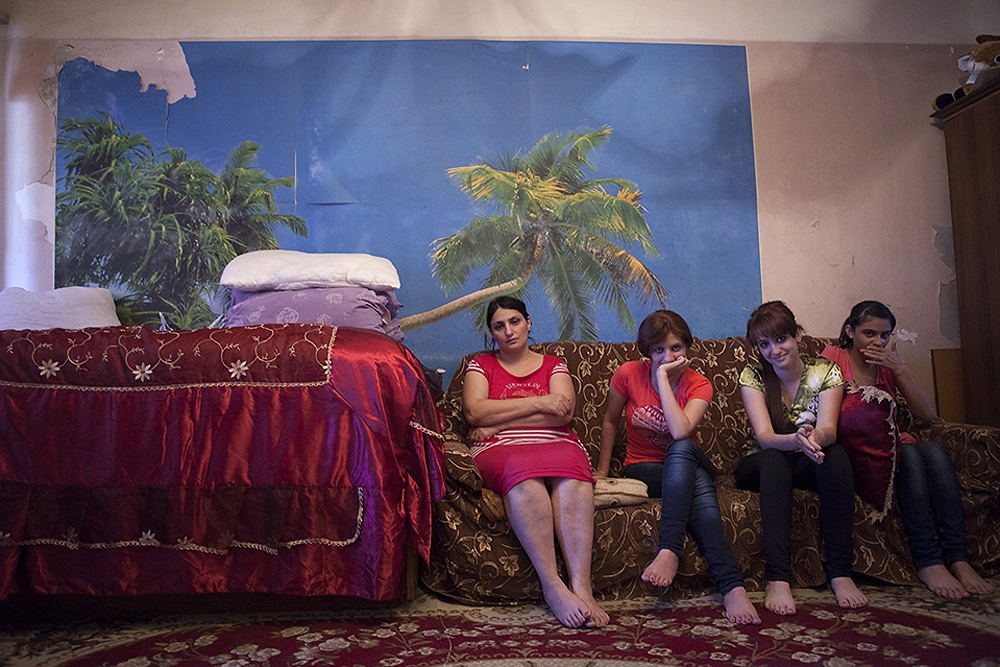 Aliyev says his family lives on the monthly pension he receives of about $470 (370 AZN). 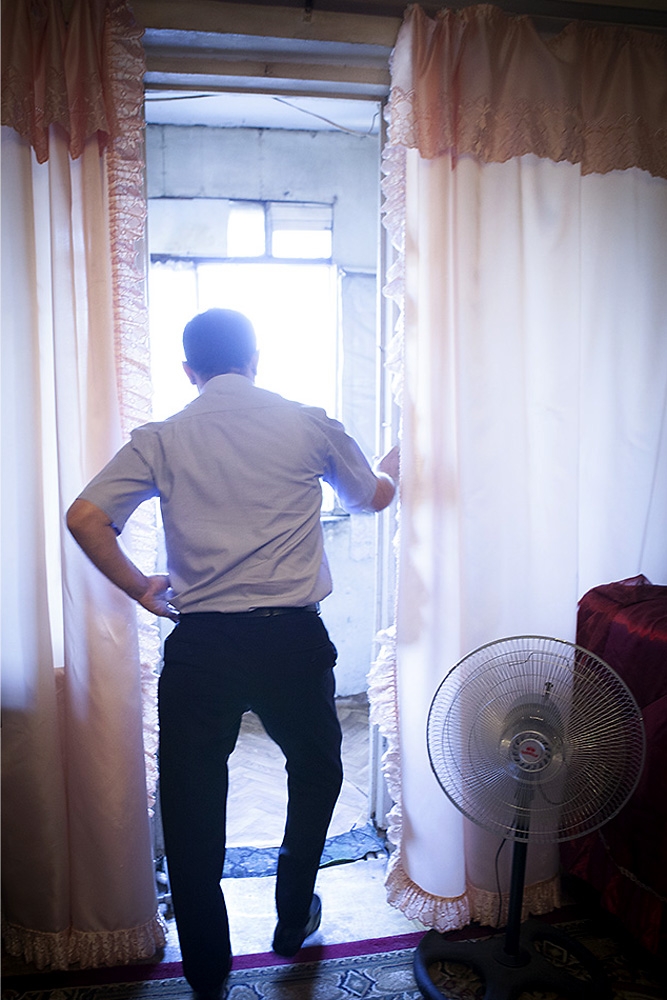 Aliyev said in 2007 he and friends tried to open a teahouse, however, they were refused by city officials.
prev
next

Cash-rich Azerbaijan appears policy-poor when it comes to the thousands of veterans who fought in its 1988-1994 conflict with Armenia and ethnic Armenian separatists over the breakaway region of Nagorno Karabakh.

Some veterans receive financial support, free medical treatment, cars, apartments and government praise. Other veterans, though, claim that they receive nothing and criticize the authorities for it.

The government, for its part, remains mostly silent. The Ministry of Labor and Social Welfare, which handles veteran policy, declined to speak with EurasiaNet.org about provisions for Karabakh veterans.

That silence, in part, reflects Azerbaijani society’s own ambivalence toward the 11,500 registered veterans of the Karabakh war, a conflict that ended disastrously for Azerbaijan, which lost control over 20 percent of its territory and saw hundreds of thousands of its residents displaced.

Unlike veterans in Armenia, Azerbaijani veterans do not command political influence or hold a particularly revered status, charged Karabakh veteran Azad Isazade, director of the Institute for Military-Strategic Research, a Baku-based non-governmental think-tank.

“Some people, of course, show respect,” said Isazade. “But there are also those who say ‘Did you need [to go to war] ? Didn’t you know that the politicians had sold Karabakh [to Armenia]?’”

On paper, only one official benefit exists for registered Karabakh veterans --free medical treatment at one of 13 specialized hospitals and clinics nationwide. For unclear reasons, the government last May scrapped monthly pension payments to all but disabled veterans.

Other handouts depend on the Ministry of Labor and Social Welfare’s inclinations and are not set in writing.

That lack of a systematic policy means that “[b]enefits are distributed selectively, which creates inequality, favoritism and, likely, an element of corruption,” said the Institute for Military-Strategic Research’s Isazade.

One veterans’ organization, the Union of Officers in Reserve, a longtime defense-ministry critic, plans to sue the government for ditching veterans’ pensions. The Union’s deputy chairperson, Reserve Col. Jafarov, charged that the overall approach to veteran benefits is “wrong” and entirely “politicized.”

While “veteran organizations which praise the government” receive benefits ranging from free houses to free cars, “those who are critical of the government, including myself, receive nothing,” he claimed.

But the chairperson of one pro-government veterans’ group, Etimad Asadov of the Karabakh Veterans’ Union, asserts the contrary. Asadov underlines that the government has given free apartments to 2,500 disabled Karabakh veterans, since the end of the war “and more will be distributed.”

It also is busy handing out cars, wheelchairs and artificial limbs, he claimed, as well as sending veterans abroad for medical treatment; in 2012, he said, 85 traveled to Ukraine’s Crimea and 30 to Bulgaria.

Within Azerbaijan, though, such free medical care is not always available. Local media occasionally publish appeals from Karabakh veterans to President Aliyev asking for help with urgent medical treatment.

One 38-eight-year-old veteran, who gave his name as Yusif, claims that a designated medical facility in Baku has denied him free medical treatment. “Whenever I apply there, they said there is no free place for me,” said Yusif, who lost part of his left foot in the 1993 battle for Kelbajar, now in Armenian-occupied territory. “I have to wait.”

One senior ministry of labor and social protection official, who asked to remain anonymous, attributed that refusal to the number of veterans who want to receive treatment in Baku rather than in the regions.

Problems with the affirmative-action program for government jobs also persist. Disabled veteran Fakhraddin Safarov, a teacher by background and a board member of the hard-line Karabakh Liberation Organization, alleged that the Ministry of Education had accepted none of his job applications since his army discharge in 1994.

The Ministry of Education did not respond to a request for comment. Parliamentary Committee for Social Policy Chairperson Hady Rajably, though, conceded that the hiring-quota law “is obviously not being implemented properly.”

“If the labor inspectorate of the Ministry of Labor will check, they would see that disabled veterans do not get jobs,” he added.

Further complicating matters, not all veterans of the Karabakh war carry identity cards. Some, citing alleged bureaucratic hassles or demands for bribes, say that they never registered.

The Karabakh Veterans’ Union’s Asadov places the blame for such shortcomings on low-level bureaucrats who do not respond promptly to veterans’ problems. IMSR’s Isazade sees a broader problem, however.

“[H]igh-ranking officials do not understand veterans’ problems because they don’t know what it is to be a veteran,” he said.

President Aliyev himself did not serve in the war. Apart from Defense Minister Safar Abiyev, no veteran sits in Azerbaijan’s cabinet of ministers, and few exist among deputy ministers and other senior officials. The 125-member parliament contains only one veteran, Umid Party leader Igbal Agazade.

One analyst, though, doubts that the government wants to increase veterans’ political representation. “Potentially, it is a powerful group of protest voters, and the government, while helping financially, is trying to keep veterans outside of politics,” argued Avaz Hasanov, head of the Society for Humanitarian Research, a Baku-based non-governmental organization which researches veteran issues.

Succeeding with any such task would mean making veterans happy. With one eye on October’s presidential election, government officials now have begun to promise solutions for veterans’ problems.

In late May, Ali Hasanov, the influential head of the presidential administration’s political and public affairs department, admitted that Karabakh war veterans do not always have a place to live or receive proper medical treatment. He described the resolution of these issues as “of the utmost importance” for the government, according to APA news agency.

As yet, though, no comprehensive reform program exists.