The country has developed rapidly based on oil and gas revenues. But a new report says Azerbaijan risks potential shocks if it continues to depend so heavily on hydrocarbons. 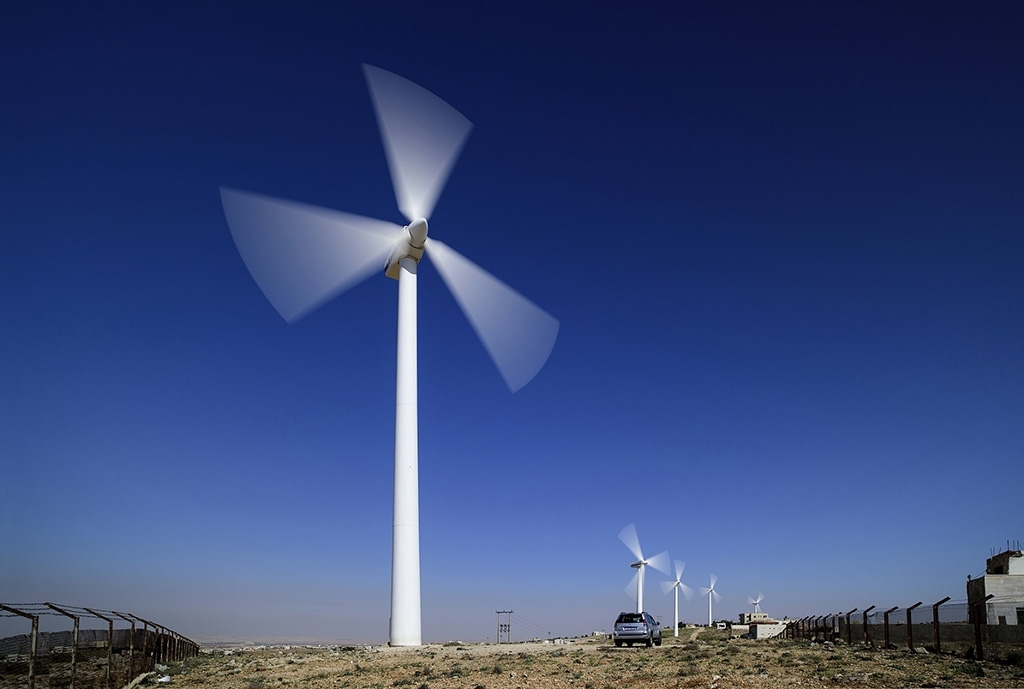 Wind turbines in Jordan built by Saudi Arabia’s ACWA, which is constructing a wind farm on Azerbaijan’s Caspian coast. (ACWA)

Azerbaijan risks significant economic shocks in the future if it continues to rely heavily on oil and gas as the main pillar of its economy, a new report from the International Energy Agency (IEA) warns.

The post-Soviet development of Azerbaijan’s substantial energy reserves, and the construction of new pipelines to transport them to European markets, allowed the country’s economy to grow by a staggering 2,178 percent between 1995 and 2014.

The industrialized nations that import most of Azerbaijan’s energy have pledged to achieve zero net emissions by 2050 in order to meet their commitments under the Paris Climate Change Agreement. That means greatly reducing their oil and gas consumption.

And even the international oil companies like BP which have supplied the bulk of the investment to develop Azerbaijan's hydrocarbon reserves are seeking to reduce carbon emissions and diversify into renewables.

That overreliance on hydrocarbons leaves Azerbaijan vulnerable to changes in global markets. When energy prices collapsed in 2014-2015, the Azerbaijani economy halved: from a GDP of $75 billion in 2014 to $38 billion in 2016, according to World Bank data. That led to a sharp drop in living standards and widespread protests.

The COVID-19 pandemic also saw a drop in global energy prices and as part of the OPEC+ response to the slowdown, Azerbaijan agreed to cut oil production. Azerbaijan’s economy contracted by 4.3 percent in 2020.

The bulk of the report focuses on what Azerbaijan can do to restructure its energy sector so that it can continue to meet its own growing domestic power demands while also reducing carbon dioxide emissions.

Currently Azerbaijan’s per capita energy consumption is about 30 percent lower than the global average but is growing at about 2.5 percent a year and is expected to continue to rise. Meanwhile, the report warns that Azerbaijan "lacks a specific climate strategy" and recommends developing a long-term strategic plan. It also advises Azerbaijan to adopt a new legal framework to support the reduction of greenhouse gas emissions and to promote energy efficiency and the development of renewables.

It does note that the country’s energy ministry has been working with the UN Development Program to come up with a national action plan.

Azerbaijan’s potential for renewable energy is substantial, but remains underdeveloped. Only 17 percent of the energy produced by the country’s power plants comes from renewables, while 82 percent is from natural gas.

Most of Azerbaijan’s existing renewable energy comes from hydropower, the output of which is seasonal and which in 2019 – the most recent year for which data is available – met only 6 percent of Azerbaijan's power needs.

But the IEA projects that Azerbaijan has the potential for renewable energy three-and-a-half times what it currently produces, most of which could be solar, and that renewables could easily satisfy the country’s domestic energy needs.

Baku is already making some efforts at reforms aimed at creating a market-based power sector and has taken some steps toward boosting the development of renewables.

The IEA report notes that Azerbaijan has drafted a new electricity law aiming to create a legal framework for market liberalization by 2025, allowing for the privatization of state power plants and for private generators to develop new plants and sell power.

Azerbaijan's energy ministry has announced plans to increase the level of renewable capacity to 30 percent by 2030, and has signed agreements with 11 international energy groups to develop renewable energy plants.

The majority of the 11 agreements signed are non-binding memoranda of understanding, however. To date, only two – with Saudi Arabia's ACWA Power for 240 megawatts of wind power, and UAE'S Masdar for 230 megawatts of solar capacity – are set to go ahead. And that is thanks to the signing of power purchase agreements with the state, calling into Baku's commitment to market reforms.

Some more details of the emerging legal framework for renewables were announced on July 12, but it remains unclear when or if a fully market-based system will be adopted.