Azerbaijan: Wary of Breaking Ties with Gülen in US? 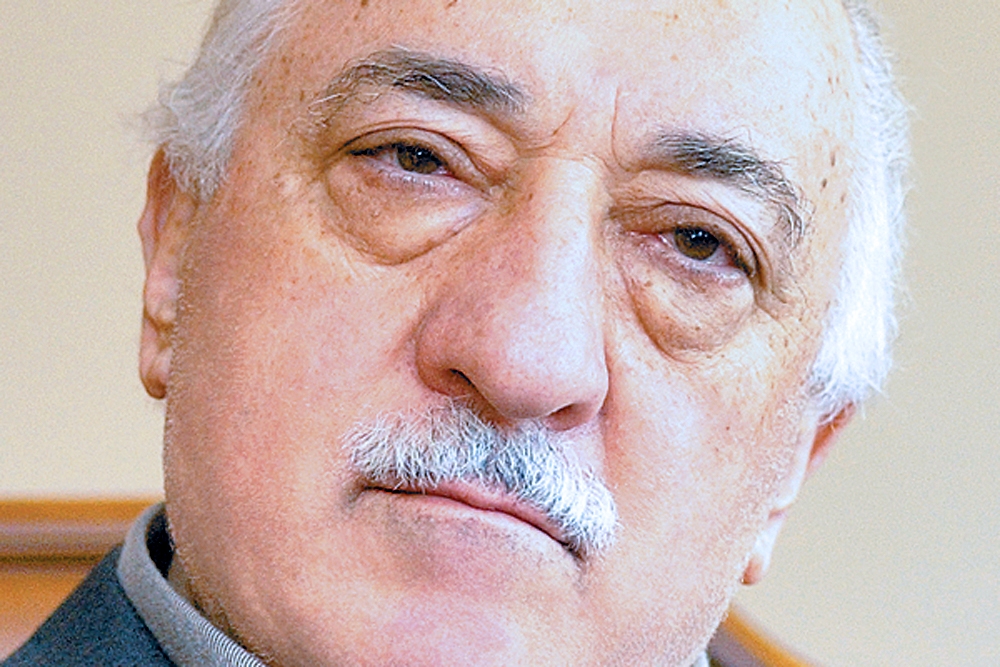 Fethullah Gülen-associated organizations still lobbying for Azerbaijan in the US. (Photo: fethullahgulen.org)

Azerbaijan’s recent crackdown on institutions and individuals allegedly linked to the influential Muslim cleric Fethullah Gülen may not have halted promotional work by Gülen-associated organizations in the United States for the Azerbaijani government.

Following an April meeting between Azerbaijani President Ilham Aliyev and Erdoğan, a few influential Azerbaijani officials, tagged by media as sympathetic to Gülen, lost their positions, and the State Oil Company of the Azerbaijani Republic (SOCAR) took over private high-schools, university-exam-preparation courses and a university run by a company linked to the so-called Gülen-movement. Some of the facilities were later closed.

Azerbaijani media had claimed that the movement, which advocates moderate Islam coupled with globalization, interfaith dialogues and “betterment of the individual,” had “infiltrated” Azerbaijan’s secular government.

But this supposed concern may not have extended to the movement’s lobbying efforts for Azerbaijan in the US.

In reality, noted Fuad Aliyev, a researcher into Islam in Azerbaijan, the Azerbaijani government has “a close relationship” with the Gülen network, which “helps the government to lobby itself in Washington.”

Lobbying both local and national American politicians is a top priority for Azerbaijan, which, at just under $2.3 million, ranked among the top ten foreign countries for such expenditures in the US in 2013, according to an analysis by the Sunlight Foundations, a Washington, DC-based advocate for government-accountability.

As the South-Caucasus country sees its international profile rising – whether as a strategic energy hub or partner in the West’s anti-terrorism campaigns – that priority will remain intact.

One of the chief among them appears to be the Turquoise Council of Americans and Eurasians (TCAE), a Houston,Texas-based non-profit umbrella group that describes its aim as “pursuing the interests of Turkic Americans and friends of Turkey, Azerbaijan, Kazakhstan, Kyrgyzstan, Tajikistan, Turkmenistan and Uzbekistan in Houston, Washington and beyond.”

TCAE’s president and chief executive officer, Kemal Oksuz, formerly served as executive director of the Niagara Foundation, a Chicago-based network of non-profits that promote the teachings of Fetullah Gülen, the Foundation’s honorary president. Oksuz himself also has worked as head of the Gülen Institute, a Houston research organization that shares a similar goal.

Aside from cultural outreach programs within the US, the TCAE organizes trips for US congresspersons to Azerbaijan, US-Azerbaijan conventions and dinners with US officials. It also has promoted statewide recognition of the 1992 massacre of ethnic Azeris in Khojaly, during Azerbaijan’s war with Armenia over breakaway Nagorno Karabakh, as well as Azerbaijan’s oil and gas-pipeline projects.

The reason for that interest is clear: Oksuz serves as the president of the Assembly of Friends of Azerbaijan (AFAZ), another Houston-based non-profit organization. Rauf Mammadov, head of SOCAR USA, serves as the group’s treasurer.

Whether SOCAR’s takeover of the Gülen-linked educational facilities in Azerbaijan affected that relationship is not known. Neither AFAZ nor the Turquoise Council was available for comment.

In late April, though, after the warnings about a supposed Gülen-directed “infiltration” of the Azerbaijani government had begun, the Turquoise Council went ahead with promotions for the AFAZ-hosted, annual US-Azerbaijan Convention.

No Turquoise Council public events involving promotion of Azerbaijan are known to have occurred since then, however.

But those who have followed the Gülen movement’s activities in both Azerbaijan and Turkey doubt that Baku will want to call it quits – barring, that is, fresh pressure from now Turkish President Erdoğan, who recently received Azerbaijan’s highest honor, the Order of Heydar Aliyev.

“I don’t think that this is something [that] Azerbaijani diplomacy can easily refuse because [the] Azerbaijani community and lobby capacities in the US are weak, whereas [the]Turkish-Gülenist associations are very well implemented,” commented Bayram Balci, a scholar in the Carnegie Endowment for International Peace’s Russia and Eurasia Program who formerly worked in Baku for the French Institute of Anatolian Studies.

A dozen US state legislatures have passed resolutions or adopted citations related to the Khojaly massacre since 2011. The measures have been publicized heavily by Gülen-sympathetic Turkic or Turkey-related organizations.

The promotion, however, works both ways, commented Aliyev.

“That lobby help was a guarantee of safety for Gülen schools and Gulen-linked entrepreneurs in Azerbaijan.”

But why the Gülen movement would continue to promote Azerbaijani causes in the US despite the takeover of Gülen-associated educational operations in Azerbaijan remains unclear.

As yet, small and mid-size Turkish businesses in Azerbaijan identified by researchers as run by Gülen sympathizers do not appear to have been similarly targeted.

Aliyev attributes that immunity to the movement’s importance for the Azerbaijani government. The Turquoise Council, in particular, is believed to have warm ties with the Azerbaijan American Alliance led by Anar Mammadov, son of Azerbaijani Transportation Minister Ziya Mammadov, and a member of one of the country’s most politically influential families.

But, ultimately, what long-term return Azerbaijan can find from such lobbying groups, whether paid or unpaid, is uncertain, noted Richard D. Kauzlarich, a former US ambassador to Azerbaijan who now teaches at George Mason University’s School of Public Policy.

“The fact that they can assemble a group of former officials and members of Congress is not unusual. If you spend enough money. . .,” Ambassador Kauzlarich wrote in an email interview with EurasiaNet.org. “From Baku, the participants may appear to be ‘important,’ but, in the context of Washington politics . . . it’s not who shows up at receptions and dinners, but who can get things done . . . that determines one’s ‘importance.’”