Azerbaijani activists being arrested after deportation from Germany 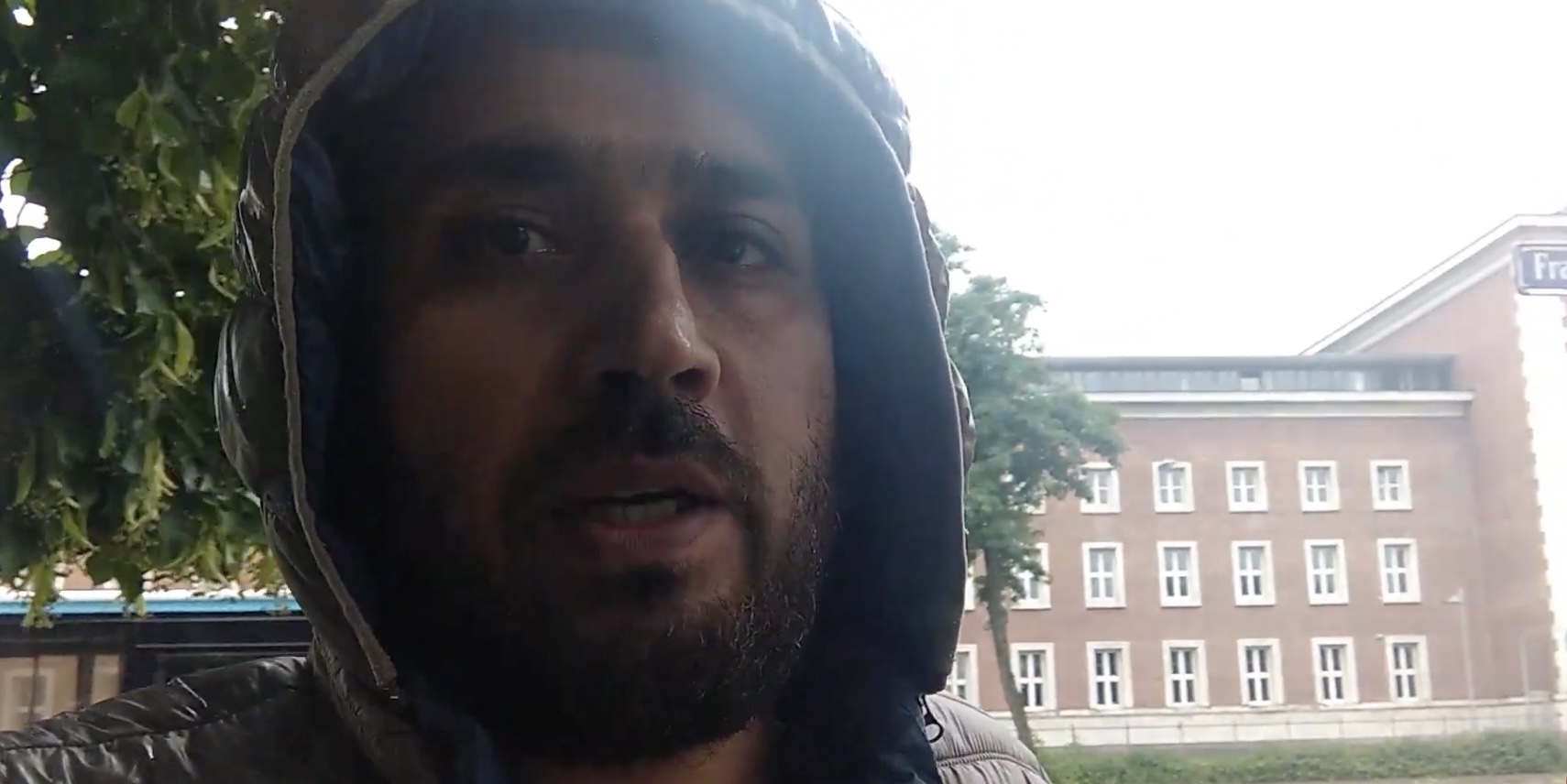 Screengrab of Meydan TV video of a July 2021 one-man protest by Samir Ashurov in Germany.

At least five Azerbaijanis have been arrested in their home country after being denied political asylum in Germany and deported.

The most recent was opposition activist Samir Ashurov, who was arrested in Baku on April 21 on assault charges, accused of stabbing someone. He says he was walking home alone when he was accosted by a group of police officers, who planted a knife in his pocket before arresting him.

Ashurov had moved to Germany in 2018 and regularly organized anti-government rallies at the Azerbaijani embassy in Berlin. He said he repeatedly applied for asylum but was denied. In July 2021, he conducted a one-man protest in front of the Nuremburg office of the German Migration Affairs Office to call attention not only to his denial but to what he described as growing numbers of deportations of Azerbaijanis, many of which he said were carried out “illegally.”

In late March, he was deported back to Azerbaijan along with 37 other Azerbaijanis, including his wife.

Ashurov denies the charges against him and says that they were fabricated because of his political activism in Germany. He and his wife were interrogated at the airport in Baku immediately upon arrival from Germany, and two days later Ashurov was summoned to the General Prosecutor’s Office, said his wife, Nurana Ashurova.

“They accused Samir of fabricating documents for other people to help them get asylum abroad,” Ashurova told RFE/RL. “They told Samir names of people that he said he doesn’t even know.”

At the time, Ashurov warned that he was in danger in Azerbaijan. On April 4, he told reporters in Baku that he could be arrested “any minute, any second.”

Four other Azerbaijanis recently deported from Germany, who also had attended anti-government rallies at the embassy in Berlin, also have been arrested following their return home. Two were arrested in 2021, and two more in January, all on drug charges. They also argue that they are innocent and that the charges against them are trumped up.

The German embassy in Baku told Eurasianet that it is aware of the cases of the five people. “The contact to their lawyers is permanent and the Embassy will continue to closely observe their cases,” the embassy said in an email. Asked why the activists had been denied asylum in Germany in the first place, the embassy referred Eurasianet to the German Foreign Office.

Germany is one of the leading destinations for Azerbaijani migrants, including political dissidents. As of mid-2021, 635 Azerbaijanis had applied for asylum in Germany, according to a recent report from the German organization Heinrich Boell Stiftung. It described a mixed picture of politically motivated migrants.

“A vast number of those applying for political asylum in Germany and other European countries have very little to do with politics or being victims of repression,” the report said. “There are real political migrants in Germany as well, of course. These are mainly journalists, political activists and members of opposition parties.”

One Azerbaijani opposition political party, Musavat, was reported to have operated a long-running money-making scheme to sell party membership for Azerbaijanis to get asylum in Germany. Some Azerbaijani activists reported greater difficulty in getting visas to Europe following the scandal breaking.

These kinds of meetings have caught the attention of Azerbaijani rights activists. “The general prosecutor’s visits to European countries create suspicions that the intention is to work out legal procedures for asylum seekers abroad to be brought back to the country,” Bashir Suleymanli, director of the human rights NGO Citizen Rights Institute, told RFE/RL. “But we don’t have documents at hand that prove this.”

In 2014, the European Union and Azerbaijan signed an agreement on “readmission of persons residing without authorization.” Since then, more than 2,000 Azerbaijanis have been deported from the European Union, 83 percent from Germany alone, Azerbaijan’s State Migration Service has said.