It was the latest in a string of arrests of people accused of smuggling in the territories Azerbaijan recaptured from Armenia in the 2020 war. 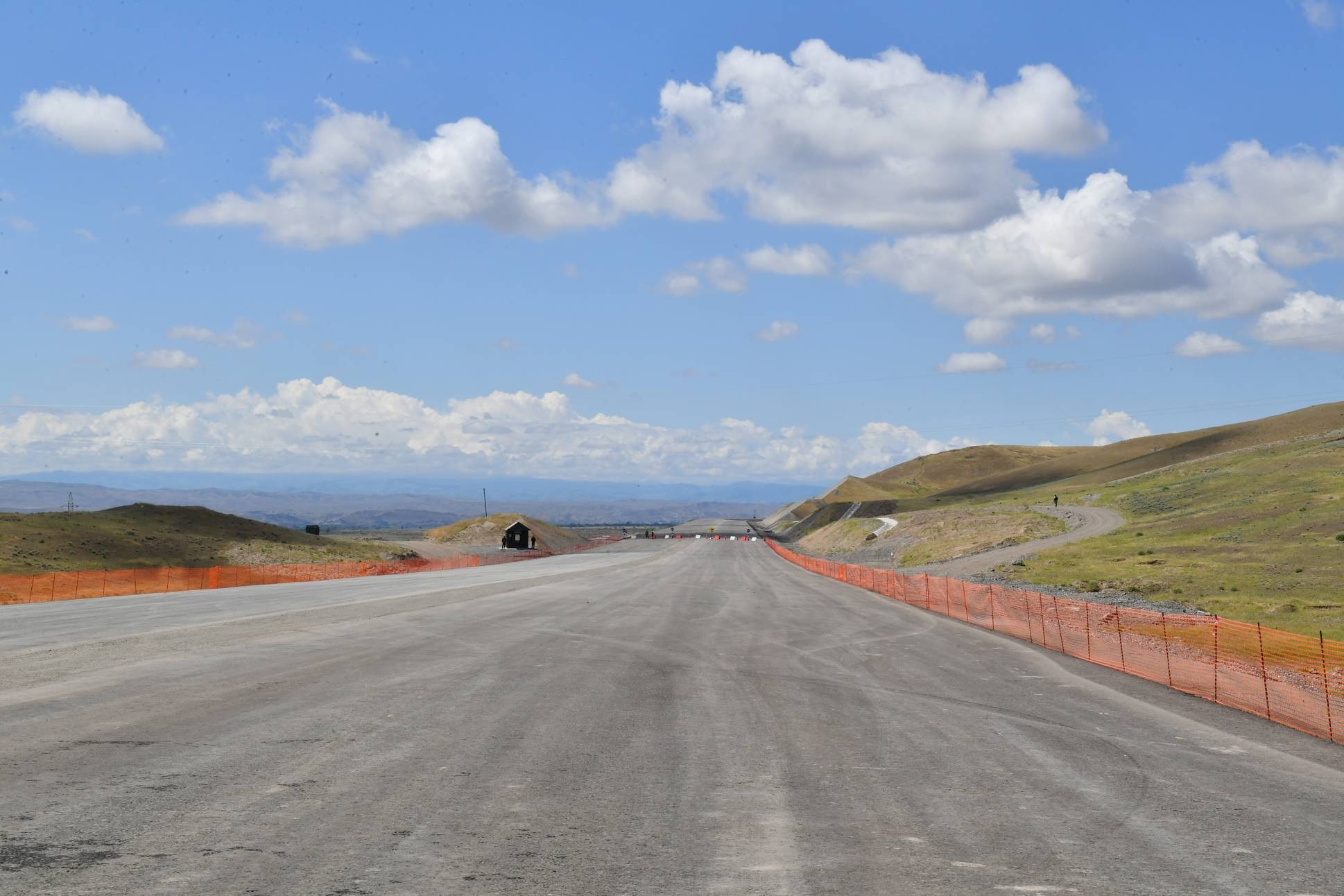 A new road the Azerbaijani government has constructed in the Jabrayil region. (photo: president.az)

Seven Azerbaijani border guards have been arrested and charged with drug trafficking, accused of bringing hundreds of thousands of dollars worth of drugs across the border from Iran.

The drugs, including 88 kilograms of marijuana and eight kilograms of heroin, were discovered near the border at the village of Mehdili, in Azerbaijan’s Jabrayil region, over which Azerbaijan regained control in the 2020 war with Armenia. In the course of the investigation, four men were discovered trying to take the drugs from their cache, and were detained.

“The identity of the detained persons was investigated, and it was determined that they were military personnel of the State Border Service, who were carrying out the task of demining border areas freed from occupation” the border service reported in a July 22 press release announcing an initial four arrests.

Three days later, the Prosecutor’s Office announced that a court had charged a total of seven border personnel “who conspired to smuggle and sell a large amount of narcotics, psychotropic and powerful substances from the Islamic Republic of Iran.”

Jabrayil had been occupied by Armenian forces since the war in the 1990s between the two sides. During that time, Azerbaijan regularly accused Armenians of using the occupied territories as a drug smuggling hub, though there was never any firm evidence presented.

Azerbaijan regained control over Jabrayil and the other territories surrounding Nagorno-Karabakh in the 2020 war.

In October 2021, President Ilham Aliyev said that as a result of that war, a major, Armenian-run drug route from Iran to Europe via Jabrayil had been shut down.

“Azerbaijan has closed the drug trafficking route from Iran to Armenia and then to Europe that used to pass through Jabrayil district,” Aliyev said. “The volume of heroin we have seized in other areas of the Azerbaijani-Iranian border has doubled compared to the same period last year. This means that for about 30 years, Armenia, together with Iran, had used the former occupied territories of Azerbaijan for drug trafficking to Europe.”

The border service and local police also have made other arrests in Jabrayil: in March (twice), April, and May, accusing people of smuggling over 120 kilos of drugs including marijuana and heroin. One of those cases involved the same border post where the most recent arrests took place.

According to the latest United Nations Office on Drugs and Crime report on global drug prices, one kilo of wholesale marijuana is worth a minimum of 5,000 manats ($2,900) in Azerbaijan, making the latest haul worth more than $250,000.

The solution to these sorts of cases, suggested one opposition politician, is to speed up the resettlement of the territories like Jabrayil. Over 600,000 Azerbaijanis were displaced from the area as a result of the war in the 1990s, and thus far only a small handful have returned.

“Unfortunately, a group of State Border Service soldiers, who are responsible for ensuring the security of our state border and fighting against the illegal trafficking of drugs and psychotropic substances, were detained in Jabrayil while trying to transport a large amount of drugs from Iran to Azerbaijan,” Razim Amiraslanli, the deputy chair of the Musavat Party, wrote on Facebook.

“Our border villages and settlements should be restored quickly. The sooner the population settles in the liberated territories, the more beneficial it will be for our state, our people and our soldiers,” he wrote.