Azerbaijanis, the largest ethnic minority in Georgia, say that Tbilisi neglects their culture while Baku tries to co-opt it. Now they are claiming it for themselves. 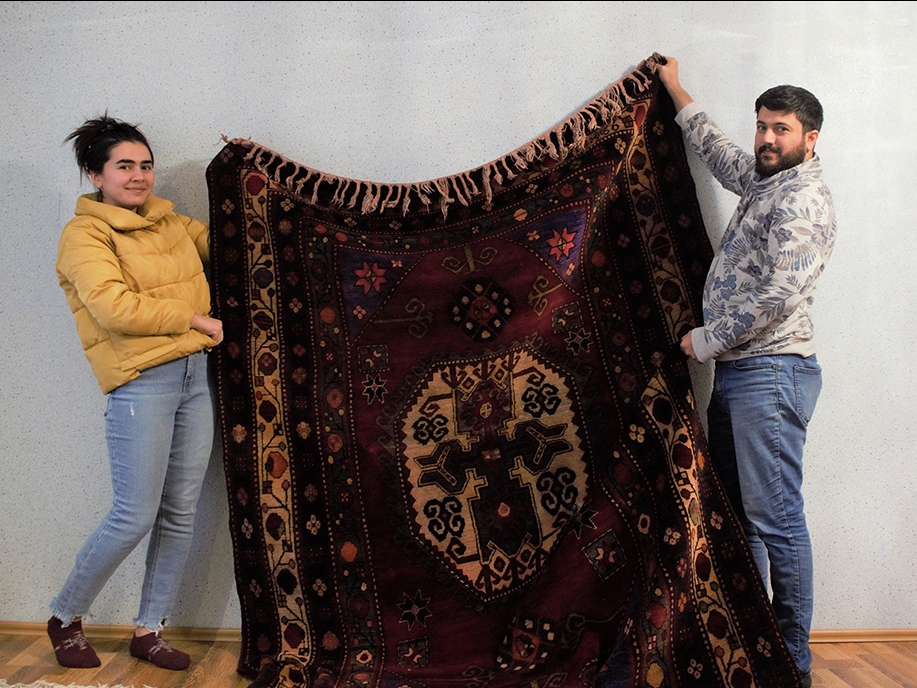 But among the churches, vineyards, and ruins of sites from Georgia’s medieval kingdoms that the Kvemo Kartli video highlighted, there wasn’t a single example of Azerbaijani cultural heritage.

To local Azerbaijanis, it was yet another example of how Georgia ignores their culture and monuments. In response, a group of activists re-edited the video, splicing in some of what they believe should have been included: mosques, Azerbaijani food and dances, and carpet-making.

That snub, and others like it, has now inspired a group of Azerbaijani-Georgian activists to form what they call the Solidarity Museum, a project aimed at promoting and preserving the country’s Azerbaijani heritage.

“There is a museum in Agbulag [the town known in Georgia as Tetritsqaro], but there is nothing about Azerbaijanis in it. They ignore the culture,” said Elnur Alisoy, the founder of the museum, in an interview with Eurasianet. “There is no museum at all in Marneuli,” a city populated mostly by ethnic Azerbaijanis, he added. “In Sagarejo, Azerbaijani women weave carpets, but again there is nothing in the museum there.”

Doing research into Azerbaijani historical sites in Georgia in 2019, Alisoy came across a reference to a mosque in the town of Dmanisi that scholars say dates from somewhere between the 11th and 13th centuries. Officials at the museum in Dmanisi didn’t know where the mosque was, though eventually he found the site.

But when he looked for the mosque in the electronic database at the National Agency for Cultural Heritage Preservation of Georgia, the mosque wasn’t there. “When I called them and asked about it, they said ‘it is not possible to know about everything, if you have any information give it to us and we will register it,’” he said. But after several rounds of communication that he described as fruitless, he gave up.

Paata Gaprindashvili, the acting head of the agency, told Eurasianet that 14 sites representing Azerbaijani culture have been given the status of cultural heritage monuments, and that others are in the works.

“Monuments of Azerbaijani cultural heritage have not been inventoried yet, therefore, we don’t have full data on this,” the official said. “Some of these structures have been assigned the status of immovable cultural heritage but not all of them.”

The Social Justice Center of Georgia, an NGO that monitors ethnic discrimination in the country, published a report in December documenting how cultural institutions in Kvemo Kartli neglect Azerbaijani heritage.

“The dominant Georgian society only recognizes its own culture while the concerns and experiences of the Azerbaijani community, the so-called ‘other,’ remain invisible and unknown.” the report says. 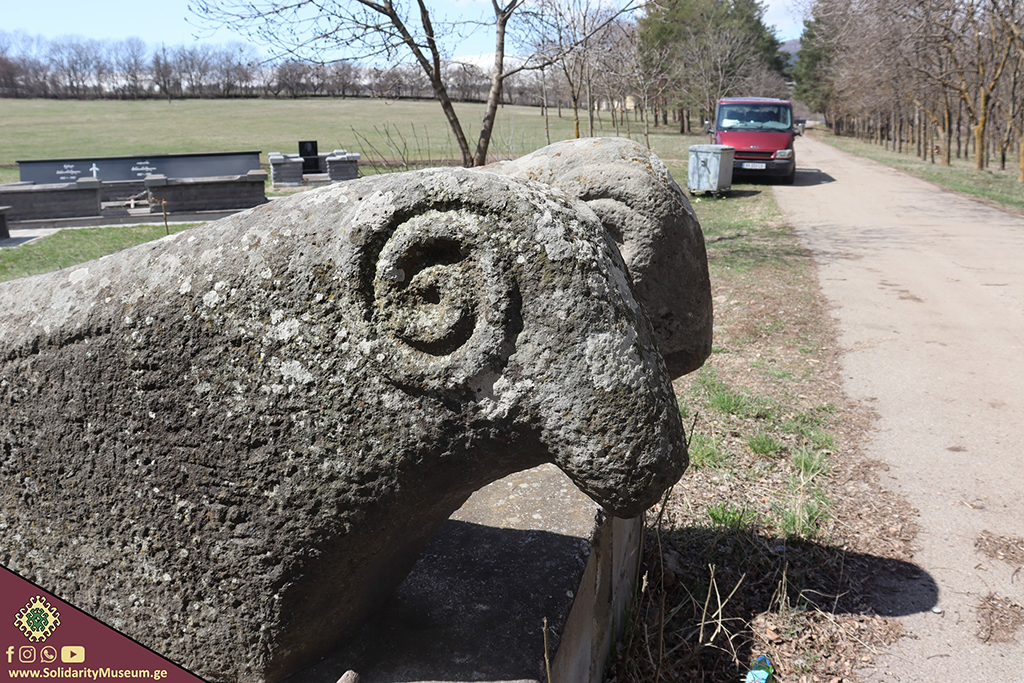 Azerbaijanis are the single largest ethnic minority in Georgia but the situation is similar with many other minority groups, said Tamta Mikeladze, the director of the Equality Policy Program at the Social Justice Center. “Whether Georgian Muslims, Armenians, Azerbaijanis and others, the recognition and acceptance of the culture of any of them is problematic,” Mikeladze told Eurasianet.

Ultimately, the Solidarity Museum seeks to ensure that Azerbaijani cultural monuments are registered, protected, and recognized as they should be. To start, though, it is focusing on raising public attention of Azerbaijani culture in Georgia, primarily through its Facebook page that posts in Georgian, Azerbaijani, and English. One early emphasis has been the rich carpet-weaving heritage in the region.

The carpets, woven by Azerbaijani women, have long been internationally famous; prime examples are sold at auction houses in the West for tens of thousands of dollars. 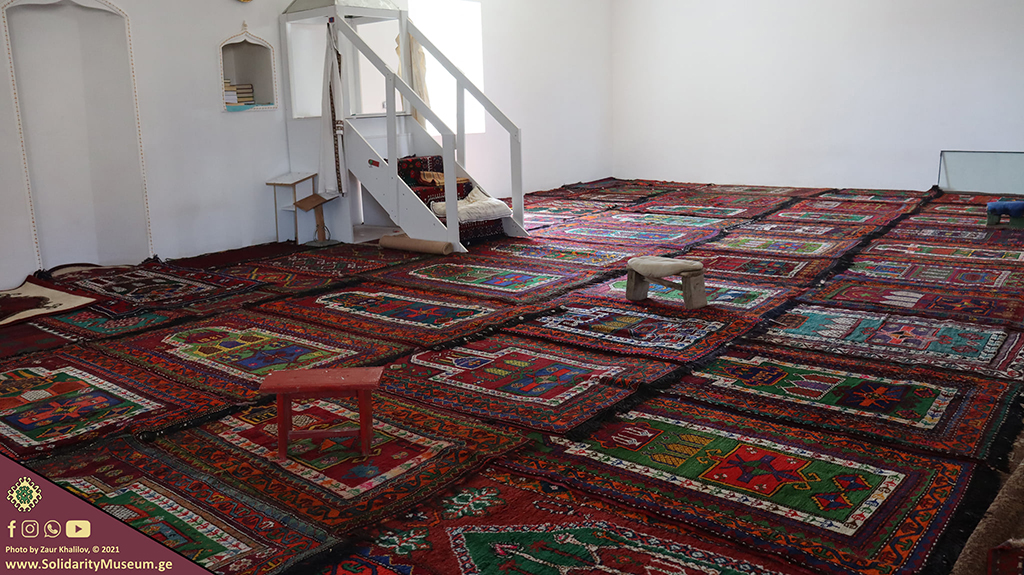 Internationally, the carpets are known as Borchalo rugs (or sometimes with alternate spellings, like the French Bordjalou). That was the name of the region until the 1940s, when it was renamed Marneuli and “Borchalo” came to be seen in Georgia as representing an irredentist Azerbaijani claim on the territory.

“The word ‘Borchalo’ was used more in separatist speeches,” Alisoy said, adding that it made discussion of the rugs a toxic subject in Georgia. “This has created a very negative background for talking about Borchalo rugs.”

When Alisoy posted a photo of a rug from the region on his own Facebook page, he described it as a Borchalo rug. But the director of the cultural center in Bolnisi, a city in the region, got upset. “He wrote to me telling me that I am a separatist, that there can be no talk of Borchalo,” Alisoy said.

There is a Museum of Azerbaijani Culture in Tbilisi, and it has organized various exhibits showcasing Azerbaijani carpets and other works in other museums around Georgia. The museum is formally operated by the Georgian Ministry of Culture but has received significant funding from the Azerbaijani government and the state oil company SOCAR and generally presents an Azerbaijani state-sponsored view of culture.

Many ethnic Azerbaijanis in Georgia resent Baku’s often heavy-handed intervention into their affairs, and the Solidarity Museum is trying to promote Azerbaijani culture as part of Georgian culture, not that of a foreign country.

“The Azerbaijani community in Georgia has its own culture and identity,” Alisoy said. But Baku tries to use Azerbaijani Georgians as their human resources and diaspora,” he said. “This is an internal issue to Georgia, and we don’t think their [the Azerbaijani government] involvement is right.”

With additional reporting from Giorgi Lomsadze.