A official working group has been created with the promise of a fair investigation into the “Tartar case,” as Baku signals that it intends to take the allegations of wide-scale torture more seriously. 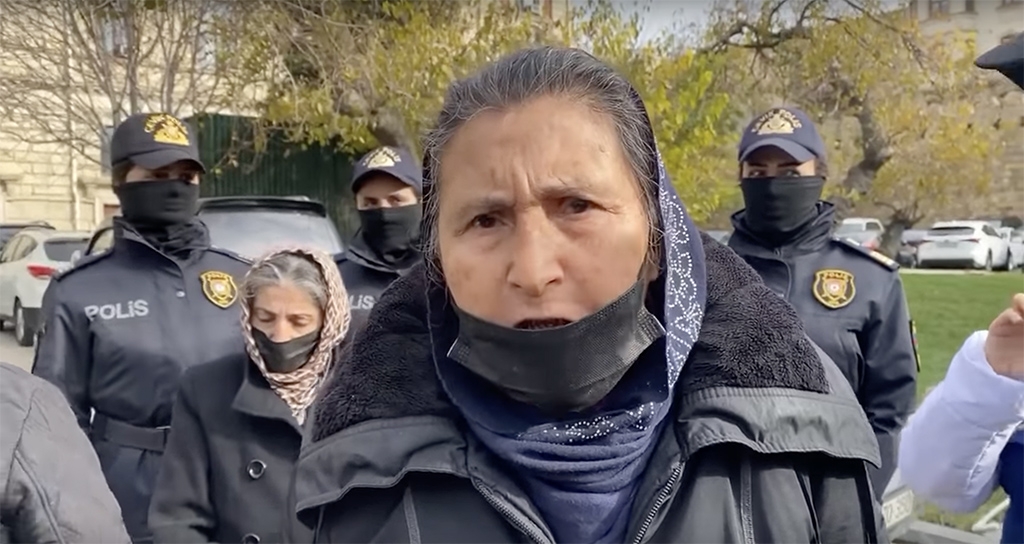 Screenshot of Meydan TV coverage of a December protest by families of victims in the "Terter case."

Azerbaijani authorities have announced a new investigation into a notorious case in which dozens of military officers accused of spying for Armenia were tortured.

Azerbaijan’s General Prosecutor Office has announced that it will form a working group to “investigate objectively and comprehensively every single unlawful act” in what has become known as the “Tartar case.” The case is now under the prosecutor’s “special watch,” the December 18 statement said.

The working group will consist of experts from the prosecutor’s office and law enforcement bodies and will relaunch related criminal cases to “restore and protect the rights of victims of the crimes.”

The “Tartar case” dates back to May 2017, when the government, including the General Prosecutor’s Office, announced that a group of officers and civilians involved in a “large-scale conspiracy” had been arrested, suspected of cooperating with Armenian secret services with the aim of carrying out out terror acts in Baku.

The case has been shrouded in secrecy, but soon after it launched reports of tortures of the suspects began to emerge, documented by both local and international human rights groups. An investigation by a group of members of the Parliamentary Assembly of the Council of Europe found that more than 200 soldiers had been tortured.

In one case, a soldier was reportedly forced to urinate on his father, an officer, who was accused of espionage. In another, an officer was forced to have sex with fellow officers accused of the same crime. In nearly all testimonies, the victims of torture deny all the treason allegations against them.

The secrecy around the case has recently begun to loosen. In November, Azerbaijan’s top military prosecutor, after years of denying the allegations, acknowledged that “illegal torture of military personnel was carried out on a large scale.” As a result of investigations up to that point, 16 officers were convicted of abuse of their power.

That admission was apparently not enough to satisfy dozens of victims and their families, who continued to demand punishment for the perpetrators of torture. In December, a group gathered in front of the presidential administration building, demanding a meeting with President Ilham Aliyev. Police intervened and forced the protesters to leave.

In spite of the new official attention to the case, human rights advocates remain skeptical of the government’s sincerity.

In a discussion of the news on local media outlet Toplum TV, lawyer Yalchin Imanov said that the formation of the working group “came only after years of pressure from survivors, the families of victims, politicians, and civil society.” He added that he does not “expect a fair investigation from the commission because I am aware of how the prosecution and the court system work in Azerbaijan.”