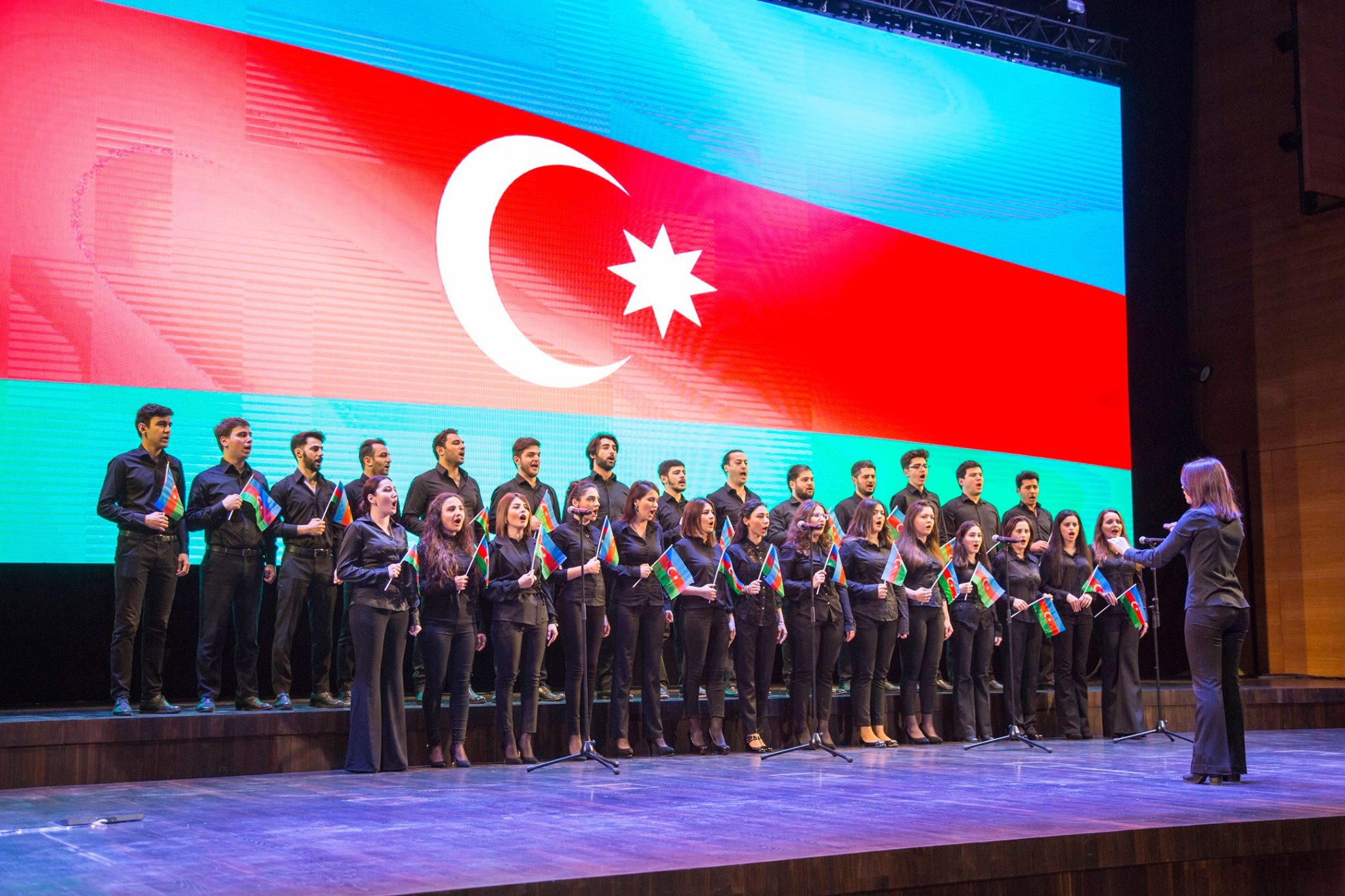 Azerbaijanis at a rally for Ilham Aliyev on February 12. (Cavan.az via Facebook)

“This kind of impartiality […] about the lives of forgotten people who played an important role in the development of Azerbaijan should be an example to the country's media,” one reader posted, in a typically glowing comment.

But its reputation took a hit on December 24, when Bele Bele Ishler published a video honoring President Ilham Aliyev on his 56th birthday. Plenty of users congratulated Aliyev, but others were turned off. “Stuff Like This has stuff like this now,” one complained, noting similarities to standard state puffery. “Well, everything is clear now. I was wondering when this government project was going to start real propaganda,” said another.

Online, Bele Bele Ishler offers no information about who runs it. “We don't have time for an interview or comment,” someone at the site told Eurasianet in response to a Facebook message requesting an interview. Efforts to reach other employees went ignored.

Another new initiative in Baku – Cavan (meaning “young”) – is also discreet about its backers but has more explicitly endorsed the authorities from its beginning. On its “About us” page, the Cavan Youth Movement warmly references Aliyev, his father, former President Heydar Aliyev, and his wife, Vice President Mehriban Aliyeva. “The main goal of the youth movement and the public association Cavan, established in 2017, is to assist the state bodies in solving problems of interest to the Azerbaijani youth,” the page declares.

In an interview with Eurasianet, Teymur Aliyev, Cavan’s press secretary, acknowledged both that Cavan receives government money and that it is behind Bele Bele Ishler.

So why the secrecy with Bele Bele Ishler?

“It is understandable. They know there won’t be sympathy for those who openly support and promote their ideology,” said political commentator and former counterintelligence officer Arastun Orujlu. “Even though the government has a strong influence over traditional local media, it is weak on social media. Through these neutral projects the authorities want to improve their reputation and use them for political purposes as needed.”

Cavan’s first public project was a music festival in Baku last fall, organized jointly with the President’s Youth Foundation. Cavan also has organized paintball tournaments and provides information about scholarships to study in Europe. More recently it waded into politics, participating in a rally for Ilham Aliyev, who has called for snap presidential elections in April amid a struggling economy.

The authorities “are afraid of young people because all change comes from the youth. Changes and revolutions take place with the enthusiasm of young people. That’s why the government is eager to keep them under control,” said Abulfaz Gurbanli, a political activist and board member of the youth opposition group, N!DA Civic Movement.

The focus on social media marks a shift from the last major government youth effort, the Ireli (“Forward”) movement. Ireli was formed in 2005, just a few months after a similar Russian group, Nashi. Like its Russian counterpart, Ireli organized mass pro-government rallies under the motto “Forward with Ilham,” and aimed to blunt the impact of opposition youth groups.

Ireli's profile declined, in part, because of controversies surrounding some of its leaders' ties to the Fethullah Gülen movement, the once-powerful Turkish group that has fallen out of favor with Ankara and its allies like Baku.

Meanwhile, as social media has gained influence, a void has formed.

“On social media, a lot of pages show the true face of Azerbaijan, which run counter to the official narrative,” said Habib Muntezir, an online activist who works for the exiled Meydan TV. “They want to gain audience by boosting social videos showing Azerbaijan as a great [country] with interesting historical personalities. They share success stories in order to create a positive image. Flattery doesn’t work now, that’s why they need something creative in order to hunt [for eyeballs].”