Enthusiasm for this round of fighting is less than in 2020, with some prominent figures even openly opposing the new escalation. 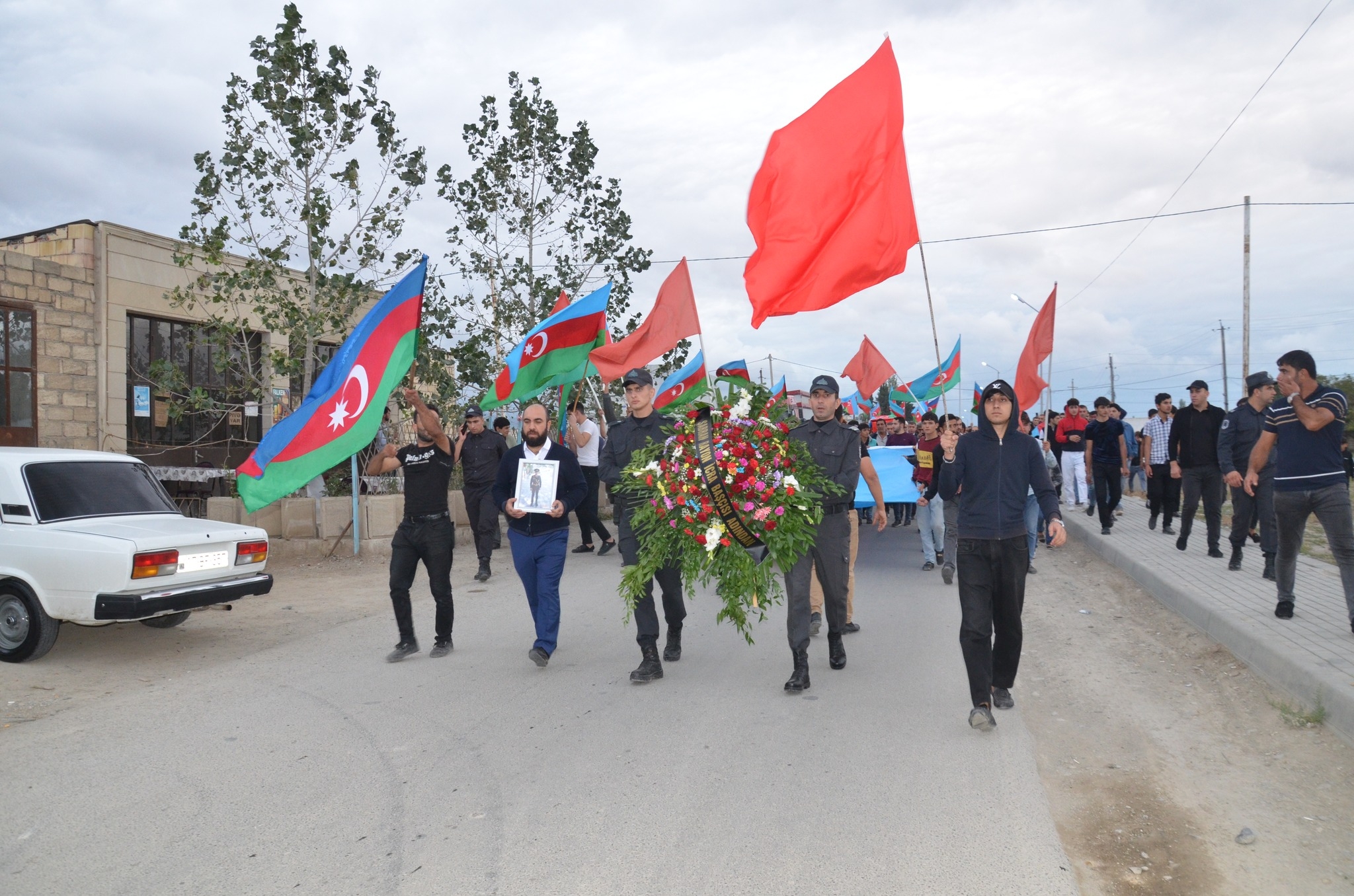 Funeral of a soldier killed in the recent fighting between Armenia and Azerbaijan. (photo: Facebook, Shabran local government)

When Azerbaijan launched the Second Karabakh War in 2020, aimed at retaking the territory from Armenian control, nearly all of the country’s political opposition lined up in support of their government’s decision to go to war.

But now that Azerbaijan has launched a new attack, this time on Armenia itself, many of the figures who were supportive in 2020 have taken skeptical or even critical stances.

Azerbaijan reported 50 service members on the first day of the fighting (the figure has since risen to 71; Armenia has reported losing 105). Those heavy losses prompted criticism from some opposition leaders.

“Now every Azerbaijani is thinking about this question, why did we lose so many? Fifty people in just a few hours of battle with the ‘starving’ enemy?” Ali Karimli, head of the Popular Front Party of Azerbaijan, asked on Facebook. “Moreover, so many losses were made without gaining anything. The government cannot make us forget these questions by remaining silent.”

Arif Hajili, head of Musavat Party, responded to the news with a veiled criticism of President Ilham Aliyev. “We lost 50 martyrs in one day. What is the purpose? What is the result? We don't know,” he wrote on Facebook. “We have no right to know. Only He knows what to do, when, how and why. He doesn't tell us. Because only He knows what, when, and how to say or not say to whom.”

Hajili was referring to a famous speech that Aliyev had made in 2020, when he was responding to earlier criticism from opposition figures (including Karimli and Hajili) that he hadn’t launched a full-scale war after border clashes in July of that month. “What to do, how and when – I am the one who knows this. And the Azerbaijani people trust me,” Aliyev said in an October 9 address to the nation.

When Azerbaijan did launch the war in September 2020, nearly everyone in Azerbaijan’s political opposition and civil society, Karimli and Hajili among them, supported the government and celebrated retaking control of territories that Azerbaijan lost to Armenia in the first war between the two sides in the 1990s. Karimli even congratulated Aliyev following the retaking of Shusha, a key town in Karabakh.

Now, though they didn’t directly oppose the renewed fighting, the criticisms voiced by Karimli and Hajili are conspicuous against the background of their support in 2020. Some opposition voices went even further, expressing open criticism of the new round of fighting.

“I am against war,” opposition politician Azar Gasimli wrote on Facebook on September 13. “Today, the war does not serve the interests of the Azerbaijani people, but only a group of people, generally the authoritarian regime. Azerbaijan has an internationally recognized area of 86,600 square kilometers, and in order for our people to live happily and prosperously, we need to turn this area into a paradise.”

Youth opposition group NIDA Citizen Movement also posted a critical statement: “Ending the ethnic conflict that has been going on for more than 30 years and establishing lasting peace between peoples cannot be ensured through war and force. War serves no other purpose than to intensify mutual aggression, hatred and suffering, and to fuel enmity between nations,” it read.

Neither Gasimli nor NIDA had opposed the war in 2020. In a Facebook post during the 2020 war, NIDA wrote: "God willing, our lands will soon be liberated and the war will end." Gasimli for the most part posted celebratory messages about new villages and towns being retaken.

It’s not clear how widespread these sentiments were. The responses to Karimli's and Hajili's posts were mostly supportive, but they also drew some criticism from their followers, some of whom argued (following the government’s line) that it was Armenia who started this round of fighting.

In recent months there has been some noticeable war fatigue among Azerbaijanis, as a rash of suicides by veterans continues to make the news and teenaged soldiers were killed in fighting in Karabakh.

But many public figures and celebrities also celebrated this newest round of fighting, blaming Armenia for starting it and cheering on their country’s armed forces. One poet, Agshin Yenisey, even called for Azerbaijan to take over Syunik, the Armenian province that Azerbaijanis call Zangazur and which was home to many ethnic Azerbaijanis until the wars of the 1990s resulted in mutual ethnic cleansings between the two sides. The post received a mixed reaction. “Normally writers are against war,” one follower responded.