They are supporting Tofig Yagublu, already in frail health from previous stints in prison, who has vowed to go hungry “till the end." 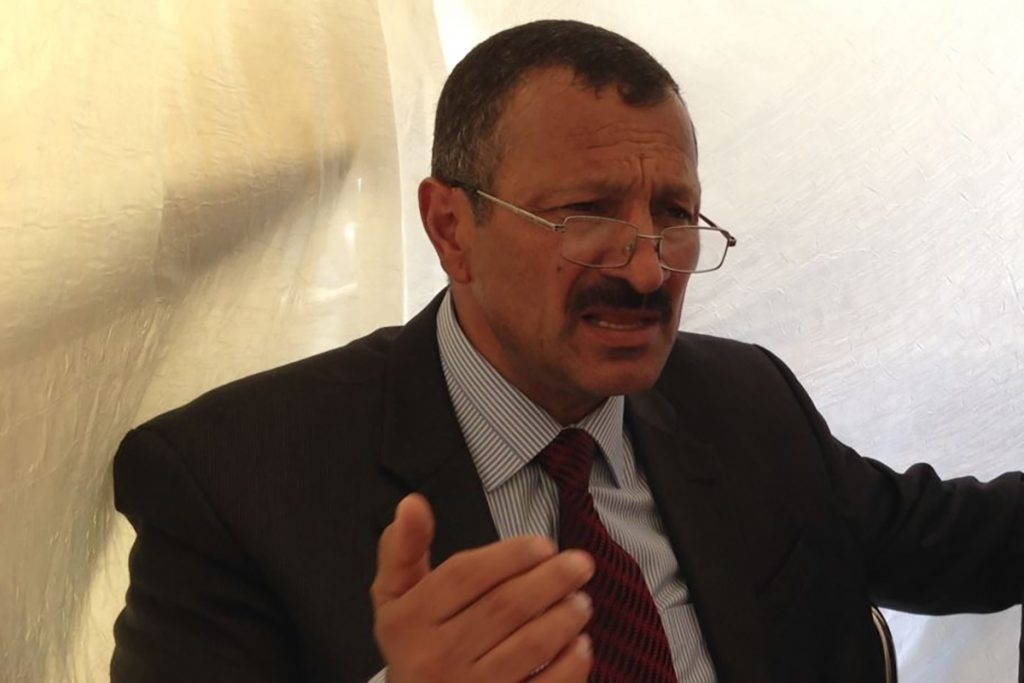 Over a dozen Azerbaijani opposition figures have joined a prominent activist hunger-striking over his conditions in detention.

Tofig Yagublu, a member of the opposition Musavat Party, began his hunger strike on January 5 after the Baku Appeals Court rejected his motion for release. He was arrested on December 23 and jailed for a month on hooliganism charges after he attended a rally in support of imprisoned activist Bakhtiyar Hajiyev.

“Tofig Yagublu went on hunger strike in protest against the decision of the Administrative Detention Center not to allow family visits, not to allow food [brought by families] and the court decision,” his daughter, activist Nigar Hazi, wrote on Facebook.

Yagublu's "blood pressure has dropped, he is tired and gets dizzy when he stands,” Adil Geybulla, a doctor who examined him in jail, said on January 11 according to the inmate’s family. The family also conveyed the activist’s vow that he will go hungry “till the end."

On January 11, Yagublu was transferred to a state hospital in Baku's Binagadi district. Hazi, after meeting her father on January 12, reported that he had "lost a lot of weight, his bones are visible, his skin is very pale and he is weak."

On January 7, his wife Maya Yagublu joined his hunger strike after she was denied the right to send food to her husband.

She added that she was allowed only a brief meeting with her husband and that she was “shocked” by how much weight he had lost. The family said that in the 15 days Yagublu spent in prison before the hunger strike, he was kept in poor sanitary conditions and was fed only biscuits.

The Ministry of Internal Affairs told the BBC’s Azerbaijani service that the family’s claims of poor conditions are “completely unfounded.”

This is not Yagublu’s first hunger strike. During a previous prison stint in 2020, he declined food for 17 days to demand his release, relenting after the Appeals Court changed his four-year prison sentence to house arrest. Yagublu’s protest sparked a major outcry in the country at the time, with even pro-government MPs calling for his release.

The Appeals Court in July 2021 ended his house arrest and placed him on probation, prohibiting him from leaving the country.

In December 2021, he was detained while protesting on behalf of a jailed fellow activist and beaten by police, who left unusually conspicuous visual evidence of their cruelty.

Hazi wrote on January 11 that those two experiences had a cumulative negative impact on her father’s health ahead of his current hunger strike.

The case has caused concern abroad.

"We’re deeply troubled by the arrest and detention of Bakhtiyar Hajiyev and Tofig Yagublu. We urge the authorities to release them expeditiously," U.S. State Department spokesperson Ned Price said at his daily press briefing on January 10 in response to a question from Azerbaijan’s Turan news agency.

A steadily growing number of activists from opposition parties have been joining Yagublu in his hunger strike.

“We opened accelerated discussions at the party because we knew that we had to do something to support Tofig Yagublu,” Popular Front Party chair Ali Karimli said in an interview on January 10.
As of January 12, 15 members of the Popular Front and one member of Musavat were on hunger strike in solidarity with Yagublu, according to Karimli.