The under-the-surface schism within the government has dominated public discourse in Azerbaijan in recent weeks. 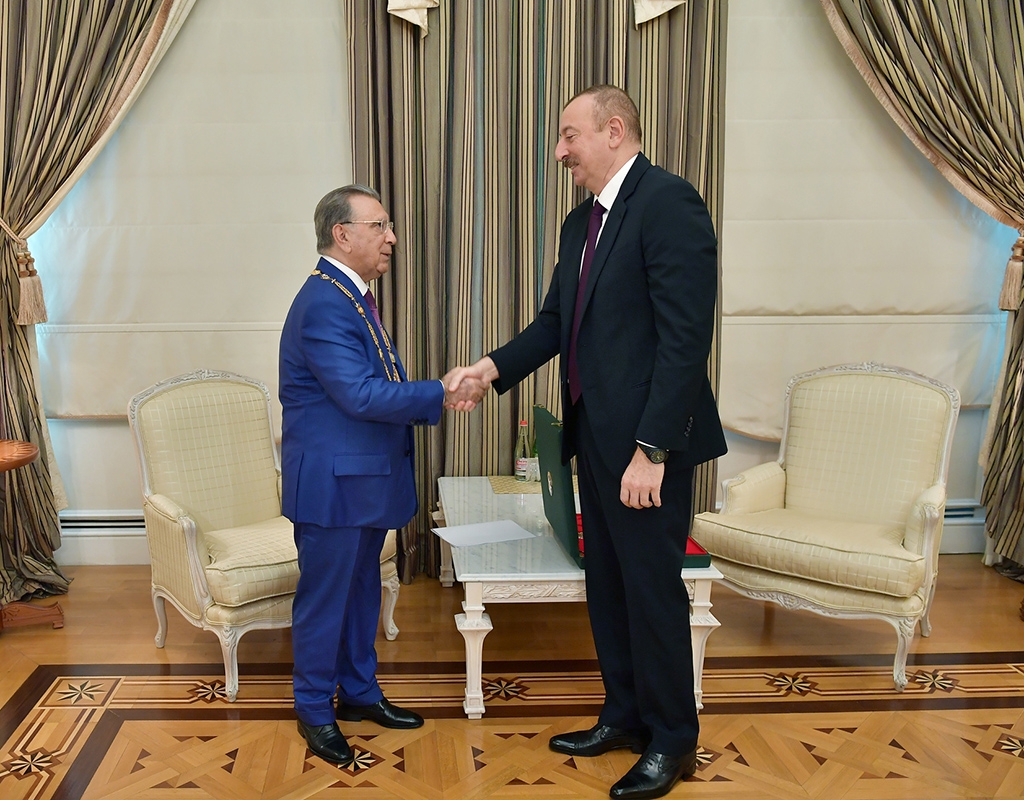 In recent weeks, Azerbaijan has seen an intensification of a black PR campaign against former senior government officials in an apparent attempt to bolster the position of a new guard associated with the country’s first lady and first vice president.

The new campaign is the latest in a power struggle has pitted the man known as the country’s “grey cardinal” – former top presidential adviser Ramiz Mehdiyev – and his allies on the one hand, and the president’s in-laws and most of the rest of the government on the other.

That schism has festered under the surface for several years now, but it again burst into the open following the wedding of Mehdiyev’s granddaughter amid the coronavirus lockdown. Videos from the August 18 wedding were leaked and inspired a public smear campaign against Mehdiyev. The allegations against him went far beyond hosting a wedding in violation of social distancing rules, and included hindering government reforms and heading a Russian “fifth column” in Azerbaijan.

Mehdiyev has hit back with an array of counterattacks.

On August 28, he issued a lengthy statement attacking Azerbaijan’s media, academic community and intelligentsia for losing the information war with the country’s rival state, Armenia.

He has still continued to face attacks. President Ilham Aliyev indirectly commented on the wedding scandal on August 31, noting that amid the current COVID-19 outbreak “there are still people who do not understand today’s situation, who have lost a sense of responsibility. … Punitive measures apply to all categories of people. There should not be, and there is no discrimination. Everyone is equal before the law, regardless of their social status.”

Meanwhile, another formerly powerful member of the political old guard, Ali Hasanov, has complained that the long-running campaign against him also has recently intensified.

The office of the Prosecutor General announced on September 1 that an investigation had been launched against the Foundation for State Support for Mass Media Development, a government body that Hasanov had overseen. Initial media reports suggested that Hasanov himself was under investigation, though the prosecutor’s office later clarified that the investigation aimed to "reveal the circle of guilty persons and bring them to justice,” without mentioning Hasanov.

Later, a report on pro-government media claimed that both Hasanov and Mehdiyev were funding a notorious anti-government figure in exile, Gurban Mammadov.

“They have been writing nonsense recently,” Hasanov complained in a Facebook post. “They allege that I have sought to carry out a coup d’etat, along with Ramiz Mehdiyev and Abdin Farzaliyev,” the head of the executive authorities in the Baku district of Narimanov.

Both Mehdiyev and Hasanov have been, in their counterattacks, careful to emphasize that they remain loyal to Aliyev. “I will leave this world pro-Aliyev,” Hasanov said in his Facebook post.

The real battle is between Mehdiyev, Hasanov, and other long-serving officials under Aliyev’s father and predecessor, Heydar Aliyev; and a cadre of younger, rising officials associated with Aliyev’s wife, Mehriban Aliyeva, who also is the country’s first vice president.

In one of his comments following the wedding scandal, Mehdiyev addressed his critics by asking “Is my president different from your president?” In an interview about the latest volley of criticisms, Azerbaijani political analyst Arastun Oruclu told the opposition media channel Azad Soz that it was a clear accusation that Mehdiyev’s attackers want Aliyeva to be president.

“The large grouping known as the ‘Mehdiyev clan’ do not want Mehriban Aliyeva to become president,” Oruclu said.

Aliyev and the new guard may be using Mehdiyev as a scapegoat, portraying him as blocking a supposed reform agenda that the government has been heavily promoting, said Gubad Ibadoglu, an Azerbaijani economist at Rutgers University.

“They are seeking to portray the ‘reformer’ vs. ‘conservative’ issue in line with the government’s interests,” Ibadoglu said in the same Azad Soz program. “Ramiz Mehdiyev and his team are being presented as a force impeding reforms, and work is underway to eliminate him.”

Ibadoglu added that the criticism was misplaced. “I would say that the biggest factor impeding reforms in the country is corruption. The person who has the greatest ability to eliminate corruption is Ilham Aliyev,” he said.

Others noted the absurdity of Mehdiyev coming under attack for failure to observe social distancing rules.

“Ramiz Mehdiyev has destroyed lives of hundreds, thousands of people, made them rot in prison, got innocent people jailed for ten years, set up torture chambers, deprived people of their wealth, got them blackmailed, toyed with their honor and dignity,” said Gultekin Hajibeyli, a member of the opposition political alliance National Council of Democratic Forces, in an interview on another Azad Soz program. “In the context of all the crimes committed by Ramiz Mehdiyev, his holding a wedding for his grandchild is a very insignificant charge.”