As diplomatic talks stall, Ilham Aliyev blames the negotiators for failing to push Armenia toward concessions. 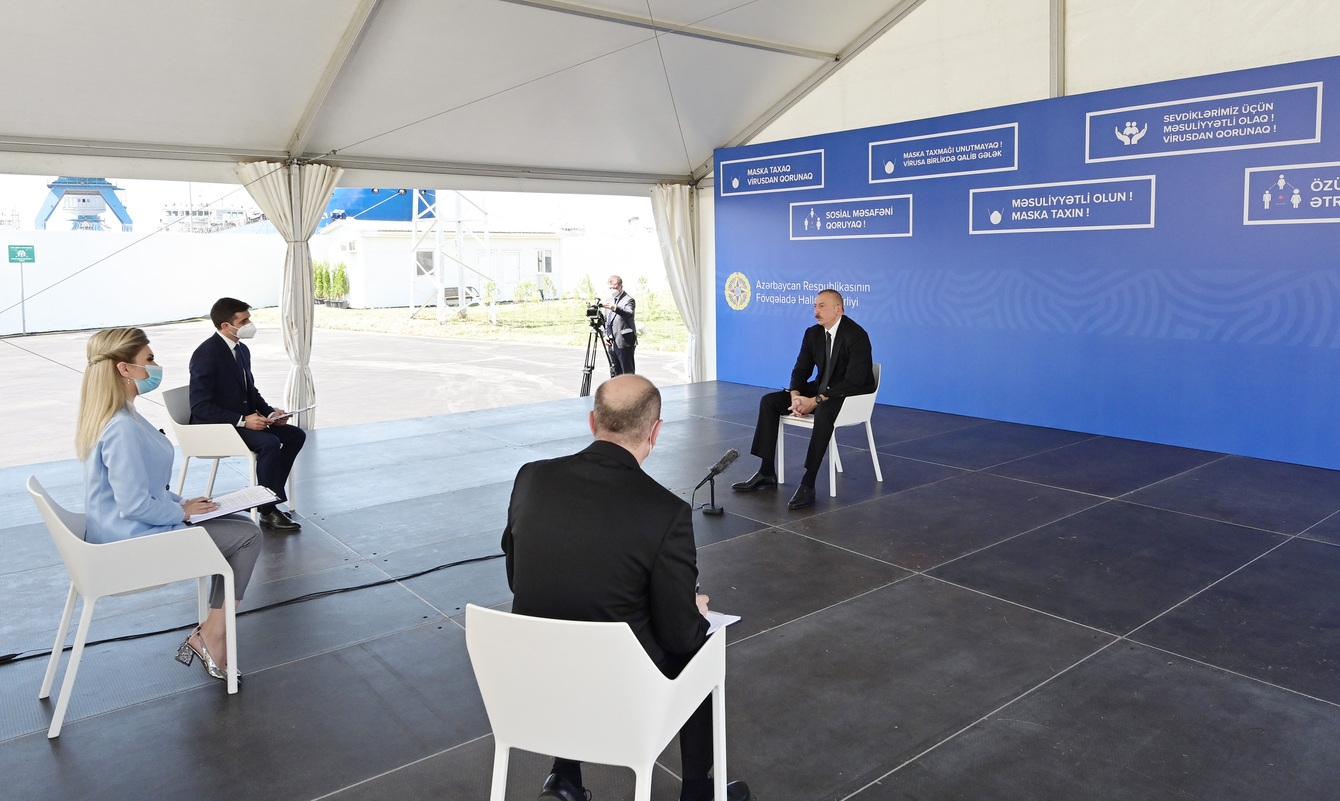 Azerbaijan President Ilham Aliyev has sharply criticized the international mediators of his country’s negotiations with Armenia, saying that the peace process has become “meaningless.”

The broadside comes as fighting along the line of contact between the two sides has been remarkably quiet, but also as diplomatic progress appears to have stalled since early hopes engendered by the 2018 coming to power of Prime Minister Nikol Pashinyan in Armenia.

Aliyev made his comments in a July 6 interview with local television following the construction of a new hospital in Baku for the treatment of coronavirus patients. It was just a week after the last meeting, via videoconference, of the foreign ministers of the two sides.

He criticized Armenia at length, calling it “fascist,” a “dictatorship,” and “a country of criminals, thieves, and bribetakers” and complaining that Western organizations instead pick on Azerbaijan because of the influence of the “Armenian lobby” and ethnic Armenian officials in Western governments. But what stood out was his attack on the OSCE’s Minsk Group, the diplomatic body led by the United States, Russia, and France that mediates talks between the two warring sides.

“Today, the negotiation process is not moving,” he said. “Video conferences of the foreign ministers of Armenia and Azerbaijan are meaningless. It simply is meant to show that the Minsk Group is active. But is it? To be active means to act.”

While grumbling from both sides about the Minsk Group is not uncommon, such a direct attack is rare. The last time Aliyev so directly criticized the diplomats was in February and March of 2016. In April of that year, Azerbaijan launched an attack that resulted in the worst fighting since the two sides signed a ceasefire in 1994. More than 200 were killed in what has become known as the “April War” or the “Five-Day War.”

Aliyev referred to 2016 in his July 6 comments. “Justice is on our side,” he said. “We have shown that we are right both in the international arena and on the battlefield, and let no one forget about the April War.”

“Ilham Aliyev effectively presented the Minsk Group with a choice,” one analyst wrote on the website minval.az. “Either this incomprehensible structure, which has taken on the role of ‘negotiator,’ ‘mediator’ and so on, starts to really resolve this conflict and, to use the mildest phrase, call the Armenians aggressors and force Yerevan to respect international law in general and the borders of Azerbaijan in particular, or Azerbaijan will do it itself.”

The bellicose statements came in contrast to the relatively quiet situation on the ground. The coronavirus outbreak in both countries has corresponded to a lull in ceasefire violations, and June was the quietest month of the year so far, with no major incidents or casualties.

They come, however, as the Armenian side has been pushing its advantage on the ground. Pashinyan has been trying to get the Minsk Group to accept the ethnic Armenian de facto leadership of Nagorno Karabakh – the territory at the heart of the conflict between the two sides – as a third party in the negotiations. Azerbaijan has rejected the proposal.

The recent inauguration of the de facto leader of Karabakh was held in Shusha, the city that used to be the center of Karabakh’s ethnic Azerbaijani population. For Armenian officials, including Pashinyan, to celebrate in Shusha was seen by Azerbaijan as a provocation.

“Why is there no adequate reaction to this?” Aliyev asked, referring to the Minsk Group. “Why not say that this is a provocation, for which Armenia will be held responsible?”

Meanwhile, Azerbaijan’s Foreign Ministry – which has been conducting the negotiations that Aliyev has deemed “meaningless” – continues to face pressure from inside the government. Officers from the security services searched the building and three senior officials were arrested on corruption charges, the authorities announced on July 6.

The investigation comes as Foreign Minister Elmar Mammadyarov has been himself the subject of attacks about his effectiveness, leading to suspicions that he may be not long for his job. “[T]here is no doubt that after such an event, which has been launched at the highest level, the likelihood of the keeping Elmar Mammadyarov as a foreign minister drops sharply,” an analysis from the independent news agency Turan concluded.