In an unprecedented speech, Ilham Aliyev blasted the “socialist economic model” behind his country’s largest companies. 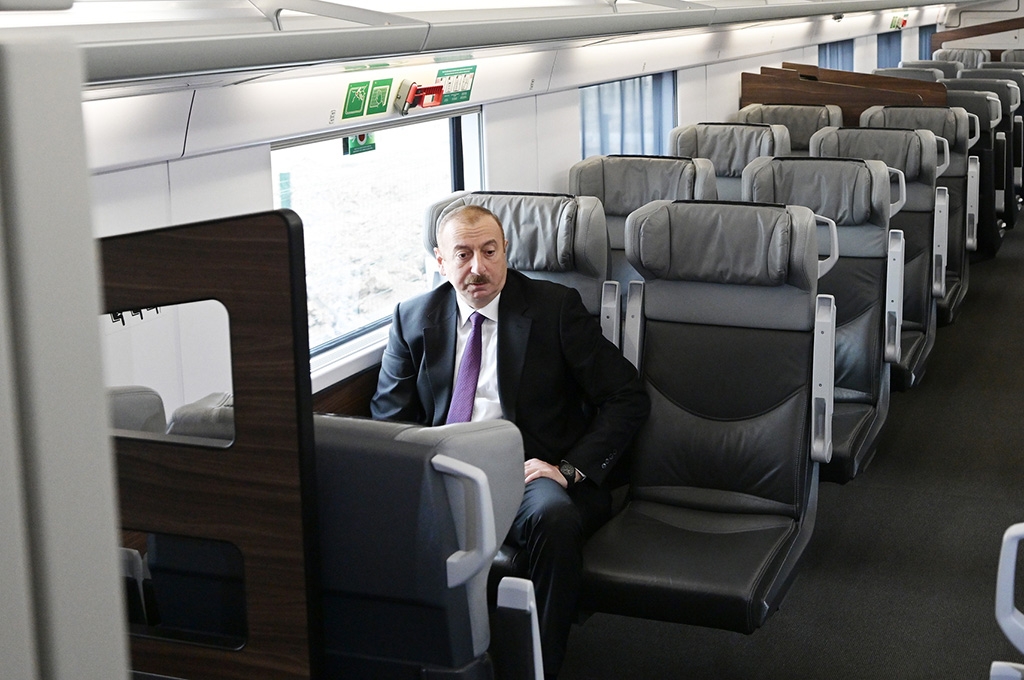 President Ilham Aliyev has criticized oil and gas giant SOCAR and other state-owned companies as wasteful in a speech nodding to Azerbaijan’s unfolding economic crisis and calling for a mass privatization drive.

In unprecedented condemnation of a system he has overseen as president for almost 17 years, Aliyev slammed SOCAR for tapping the state budget rather than its own revenues to implement projects.

Aliyev was addressing an August 6 government session adjourned to discuss COVID-19 and the economic situation.

“Even extending gas lines to homes is financed from the state budget in our country. However, this is a direct responsibility of the State Oil Company [SOCAR]. This year, we have envisaged 100 million manats [$58.8 million] in the state budget for [gas lines to be extended to] villages. If the state does all this, then what is the state company doing? After all, this is its job and its duty,” he said.

Furthermore, Aliyev said that SOCAR is given money “not only to supply gas but also for drilling operations, for financing its share in consortia with foreign partners and to implement other infrastructure projects. Where does this money come from? From the state budget! In fact, these are large funds.”

Prior to taking over from his father as president in 2003, Aliyev was vice president of SOCAR for almost 10 years.

“All AZAL aircraft have been purchased by the state. All the airports have been built through the state. But what profit does the government make? Airplanes are purchased and operated. But where is the income? When will that be paid? Are we supposed to repay the borrowed loans?” Aliyev thundered.

“I’m instructing you: The activities of state-owned companies should be vigorously inspected, and a new management system should be built. This cannot continue any longer. Such a lack of control can no longer continue.”

Aliyev urged his cabinet to invite foreign and local investors to participate in privatizations.

The next day, he signed a decree to set up a holding company to bring all state-owned companies under one umbrella.

Aliyev’s criticism of the state-owned companies comes as Baku is facing twin economic crises: the coronavirus-driven economic downturn and the massive international slump in oil and gas prices. Oil and gas sales account for roughly two-thirds of budget revenues, according to Fitch Ratings; earlier this month the government was forced to redraft its budget to reflect oil prices of $35 per barrel, down from $55. GDP shrank by 2.7 percent in the first six months of 2020, the president said. His finance minister said a day earlier that output could fall up to 5 percent this year.

The president’s criticism of state-owned companies was later echoed by opposition MP Razi Nurullayev, who condemned SOCAR and AZAL during a parliamentary session on August 7.

Nurullayev slammed SOCAR for failing to provide gas to villages in Imishli region, which has fomented protests with locals blocking roads, he said. “Was it too hard to schedule installation of gas lines in a few villages?” he asked, adding that SOCAR “has the duty to spend the money from oil income for the people’s welfare.”

Nurullayev also criticized AZAL for inflated ticket prices. Addressing AZAL’s president, Nurullayev said, “You have built a business using the state budget and managing the state companies as your own firm. This is disgraceful. State companies are standing in a line to loot the government’s budget. You must make money and pay back your loans. On top of that, you must pay taxes.”

Gubad Ibadoglu, an Azerbaijani economist at Rutgers University, linked Aliyev’s criticism of state-owned companies to the economic downturn: The president “is concerned that these companies might go bankrupt and their debt will have to be covered by the state budget,” Ibadoglu said in an interview with exiled media outlet Azad Soz.

Ibadoglu added that SOCAR is far less efficient than a corporation and that if no serious structural changes occur within the company, it will be bankrupt by 2023. “It’s not difficult to predict that SOCAR will go bankrupt. One can come to such a conclusion by analyzing SOCAR’s obligations and its short-term and long-term debts. I think timely measures should have been taken to prevent SOCAR [and] AZAL’s bankruptcy.”

Baku-based activist Anar Mammadli said that the president’s concerns about the budget and privatization are years too late. “Publicly acknowledging the problems that are known to everyone, including himself, is not the way out. We need reforms, not a confession,” Mammadli wrote on Facebook.

“Where was the country’s president looking all these years? Why did he keep those people in power,” activist Bakhtiyar Hajiyev asked on Facebook of the state-run companies’ management.