The Azerbaijani government has been undertaking a campaign against corrupt officials for nearly two years now, but in a series of recent hearings the accused say they have been set up. 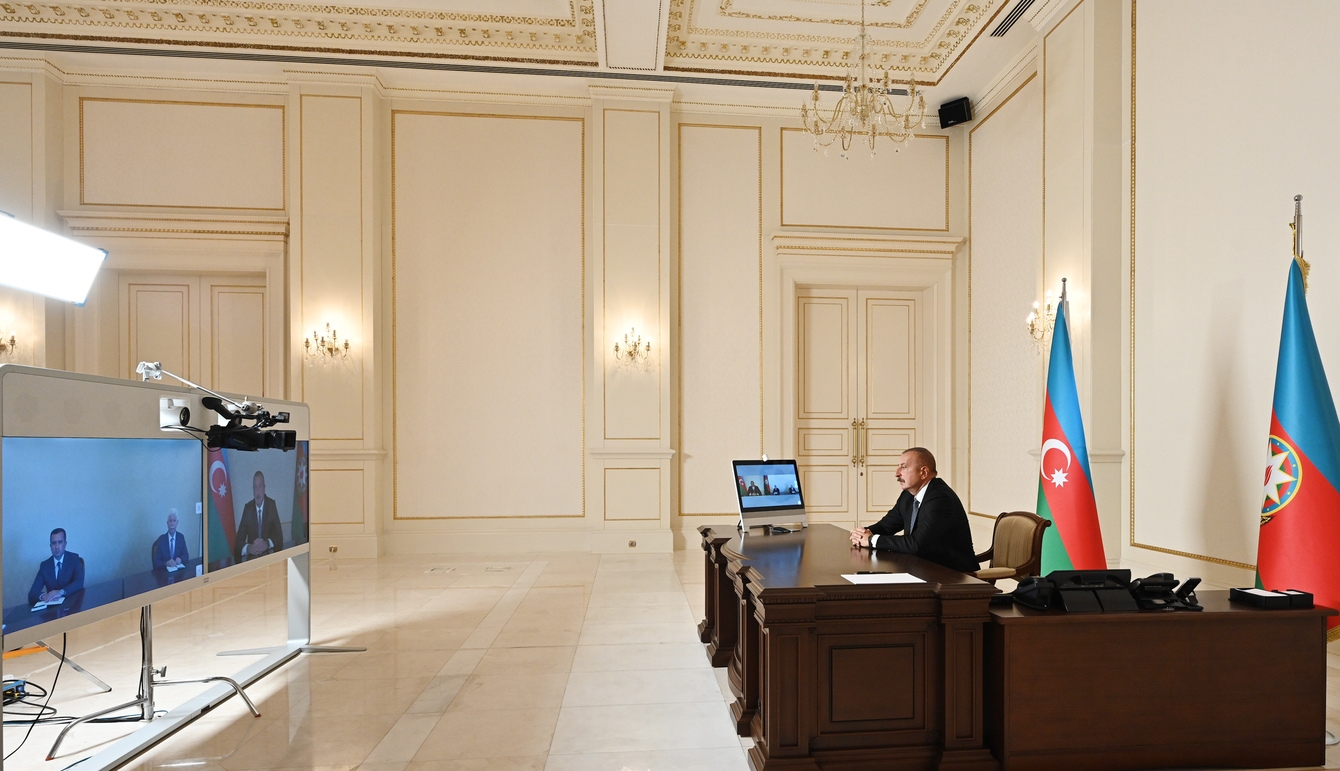 Azerbaijan’s President Ilham Aliyev has warned newly appointed local leaders to avoid graft, while other former officials arrested in a highly publicized crackdown on corruption have gone on trial in recent days.

On September 14 Aliyev held an online video meeting with the new regional heads of the Shamkir and Jalilabad districts, whose predecessors were fired within the last year and accused of various crimes.

In the meeting, Aliyev alluded to the ongoing trials of the many former senior officials who have lost their positions to an anti-corruption campaign over roughly the last two years.

“I have said this many times, but I want to repeat it to you and all other officials today – if government officials do not cease these ugly deeds in their work, they will face the same fate,” Aliyev went on. “If you do not want to work decently, then do not take up this job; do not agree to it – otherwise, you will ruin your lives.”

In the first half of 2020 alone, heads of local government in six different districts were either arrested or sacked on similar charges. That followed the firing of then-minister of culture Abulfas Garayev and the arrests of deputy ministers, as well as of high-ranking officers of the State Border Service. Investigations and trials for the former officials are still ongoing; most of them are accused of charges like bribery, abuse of power, and fraud.

While the government has depicted these arrests and firings as a reform effort, critics asserted that it was only an imitation of a fight against corruption.

International corruption watchdogs regularly identify corrupt practices at the highest levels in the Azerbaijani government; those allegations are rarely pursued by prosecutors. In that context, the aggressive campaign against these other officials looks like a distraction, some say.

The anti-corruption campaign was most likely the reflection of struggle between the “new and old clans in government,” analyst Azer Rashidoglu told BBC Azerbaijani in 2020. “Those left from the old clan, as well as with financial resources, are chosen to be hit.”

The campaign has continued into this year; in April the State Security Service arrested the then-head of the Shamkir regional government along with several of his deputies. He was fired and charged with crimes including bribery and abuse of power. In August a court in Baku extended his period of arrest for another four months.

His counterpart in Jalilabad was also fired and arrested on similar charges in December 2020.

“Many high-ranking officials, heads of local and central executive bodies and ministers have been prosecuted in recent years. Why? Because of the crimes they committed, because of their actions,” Aliyev said in his talk with the new heads of Shamkir and Jalilabad.

There has also been a recent spate of trials involving officials charged in this corruption crackdown.

In one hearing, on September 15, a court mandated the temporary release of a former head of the Yevlakh district; he has been hospitalized and is preparing to undergo heart surgery.

Eldar Hasanov, a former general prosecutor and ambassador to several Balkan countries, was not so lucky. In his September 17 trial he argued that he was sick but that he was not allowed to go to the hospital. During the hearing, Hasanov’s health deteriorated and an ambulance crew arrived to treat him and took him to the hospital. The emergency medical technicians told the judge that Hasanov was too ill to continue the trial, but the judge refused to release him from custody.

In another hearing earlier in September, Hasanov had denied allegations of corruption and claimed that prosecutors had fabricated the case against him.

In another trial, on September 17 in Baku Grave Crimes Court, the former head of the Imishli district, Vilyam Hajiyev, also denied charges against him, saying Aliyev had been “briefed wrongly on my case.” Hajiyev said that prosecutors were making it falsely appear as if he had stolen the salaries of district employees by claiming that he had hoarded bank cards intended for workers.

In his address to the new local leaders, Aliyev indeed appeared to refer to Hajiyev’s case. He said that his government created “a hundred thousand minimum-wage public jobs for the most vulnerable categories of the population,” but that some local officials confiscated bank cards opened for the beneficiaries of these jobs.

“They even laid their eyes on those funds and pocketed that money by keeping their salary cards in their offices. Can you imagine the level of indecency?" Aliyev said.

Also on September 17, Vugar Safarli, former director of the Fund for State Support for Press, also denied multiple allegations of corruption at a hearing. “When you read these documents from the prosecution, you hate yourself,” he told the court. “They are treating us like we are enemies of the people.”

Critics, meanwhile, continue to see the campaign as window dressing.

Prominent activist Bakhtiyar Hajiyev said that Aliyev himself created the corrupt system he claims to be dismantling. With these warnings, Aliyev “wants to tell them [other officials] that he can put them in jail just like he put them in this swamp in the first place,” Hajiyev told RFE/RL. “He is also trying to show people that the president is just doing his best to serve people but there are bad apples” in the system, he added.