The number of Azerbaijani students in Turkey has almost tripled over the past five years, as many believe their own country’s universities are expensive and low-quality. 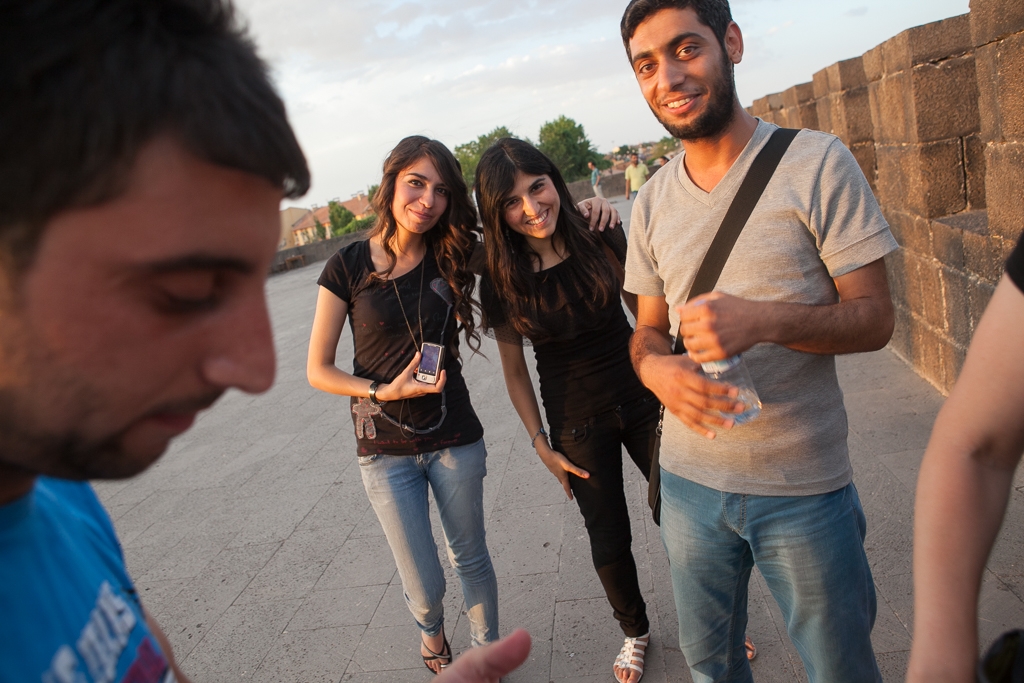 When Ayaz, an aspiring engineer from Quba, was deciding on where to go to university, he considered staying at home. Studying in Azerbaijan would put him on track for his career goal: a good job in the country’s large oil and gas industry.

But he ultimately decided to go abroad; he’s now a senior at Middle East Technical University in Ankara. “Studying in Turkey is more prestigious,” he said. “I might actually have a better chance of getting a job in Azerbaijan even if I’m not studying there.”

Azerbaijani students are attracted to Turkey primarily by the lower cost and higher quality of education. Tuition at a Turkish university generally runs about $1,000 a semester compared to double or triple that in Azerbaijan. And the quality in Turkey is widely perceived to be superior to that in Azerbaijan.

There are also cultural factors in play. Turkish television shows, films, and popular music are all common in Azerbaijan and give young people a taste of what living in Turkey is like, Aga added. Turkish education, he said, is an opportunity to “get away from the oppressive traditional Azeri family in the name of cheap and sound education.”

In addition, linguistic kinship means that the Turkish language is relatively easy for Azerbaijani students to pick up. And politically, the two countries are close allies, using the slogan “one nation, two states.”

Until recently, many Azerbaijani students studied abroad with financial aid from the State Program on the Education of Azerbaijani Youth Abroad, which sent a few hundred students every year to Europe and North America, as well as Turkey.

But that program was suspended in 2015 amid a sharp economic crisis. And Azerbaijanis can often manage to pay Turkish tuition by themselves, said Baba Kerimli, head of study abroad programs at CELT Colleges, an education consultancy in Baku. “Even though [Azerbaijanis] are international students paying international tuition, tuition prices [in Turkey] are still more affordable than European, and of course, American universities,” Kerimli told Eurasianet.

Turkish universities also are easier to apply to than those in Azerbaijan. While in Azerbaijan applicants need to pass written exams on various subjects, for Turkish universities they need only take the SAT or a similar Turkish test, the YÖS, which are less time-consuming and require less subject-matter knowledge. A 2018 draft law that would have eliminated the Azerbaijani entrance exams for the best-performing high school students ultimately failed.

But Kerimli said the greatest factor in the increase in students going to Turkey has been word-of-mouth reviews.

Aydan, a student at a Baku university studying chemistry, said her instructors were generally lackluster teachers, though she empathized given their poor salaries. She told of one friend studying in Turkey who sent back enthusiastic reports about student life and the ability to get meaningful, job-related internships. Though she said she was tempted to transfer to a Turkish university, and remains concerned about the quality of her education in Azerbaijan, she decided to stay, citing fears of crime or terrorism in Turkey. “I prefer to live here, that’s why I don’t study anywhere else,” she said.

The exodus of students to Turkey risks exacerbating Azerbaijan’s already substantial brain drain. Elchin, a political science student at Yeditepe University in Istanbul and an aspiring academic, said he doesn’t have much hope for a career in Azerbaijan. “Professors have low salaries” in Azerbaijan, he told Eurasianet. “It’s not guaranteed that I will find employment [elsewhere], but at least I have better mobility [with a foreign degree].”

But Turkey, too, has economic problems and Kerimli said that students there hoping to find well-paying jobs in Europe or elsewhere may be disappointed. “The biggest obstacle is that it’s hard for students to find jobs in Western countries, especially if they want to work for Google, IBM, or other multinational companies,” he said.

As for Ayaz, the aspiring engineer from Quba, he has an internship lined up with a Turkish oil company but plans to then apply for jobs with one of the big oil companies in Azerbaijan, SOCAR or BP. “I want to make good use of my education, but I also want to be close to my family,” he said.