An SMS system to regulate residents’ trips outside the home seems to be working smoothly, but there are still thousands of violations of the regime every day. 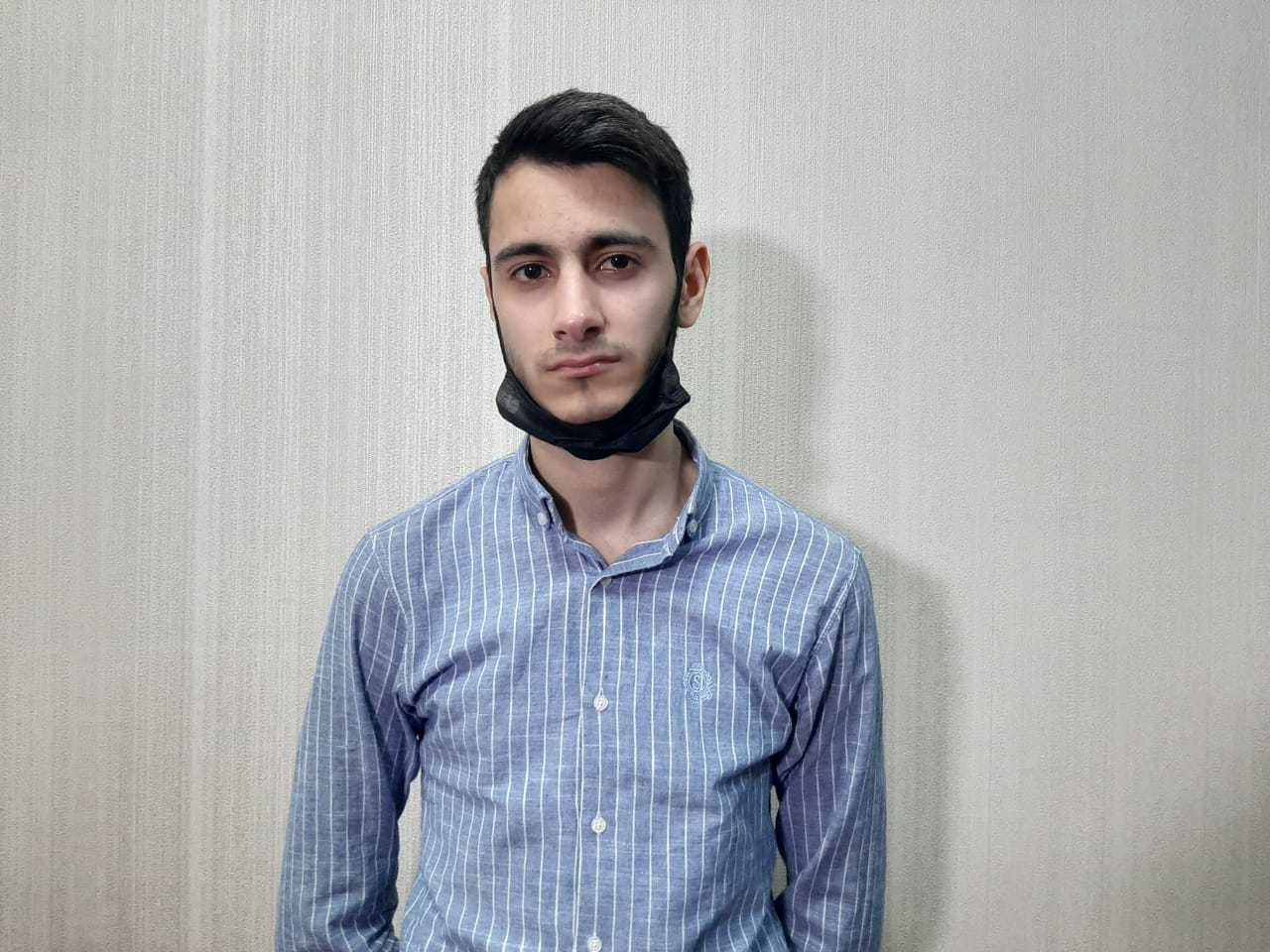 Nail Yagubov, an Azerbaijani man accused by police of hacking into an online system to give himself unlimited permission to leave his home (photo: Ministry of Internal Affairs, Azerbaijan)

Four days into a strict, electronically enforced stay-at-home regime, Azerbaijan’s government has said that residents’ movements may need to be further straitened.

“The quarantine regime term may be extended in the country while the requirements may be tightened,” said Ibrahim Mammadov, the spokesman for the Cabinet of Ministers and the lead public relations official for the coronavirus crisis, at an April 8 press briefing.

Since April 5, if Azerbaijanis want to leave their home they have been required to send an SMS to a central government number, with their state ID number and a code corresponding to the reason they want to leave: 1 to go to the doctor, 2 to go to the grocery store or carry out another essential errand, and 3 to attend a funeral. As of now, the rules are in effect through April 20.

(Government officials and other workers deemed to be carrying out essential business can apply for a general permit to move freely, but new restrictions tightening those permissions were announced on April 9.)

The measure is the strictest in the region (and perhaps in the world), as Azerbaijan has rushed to make up for a slow-starting response to the coronavirus outbreak. Its numbers of cases have been spiking and it seems on track to overtake Armenia as the most infected country in the Caucasus and Central Asia.

Official data suggest that the system got off to a rocky start: An official from the state agency operating the system said that on the first day Azerbaijanis sent about 2.3 million texts to the number, and 53 percent of those requests were declined due to incorrect inputs.

But an informal survey of Azerbaijanis suggested that, a few days in, the system was running relatively smoothly. Most say they get a response within a matter of seconds, though others – particularly less tech-savvy older people – have found the process not intuitive.

There also were complaints about the frequency that people were given permission to leave. Residents can in theory leave once a day to run errands, for example, but it appeared that if they used their chance to go out late in the evening one day, they couldn’t get permission until 24 hours later, i.e. even later the next evening.

Contrary to initial reports, however, residents are allowed to take out the trash without formal permission.

The government also has taken steps to solve one early complaint with the new regime: while residents are now required to wear a face mask any time they leave the house, the masks were hard to find in pharmacies. But on April 6 a textile factory in the industrial city of Sumgait started producing the masks for local consumption; they started producing 120,000 a day initially and promised soon to double that.

For many poorer Azerbaijanis who work jobs that can’t be done at home and online, the restrictions on leaving home are compounded by a leaky safety net. A government program aimed at propping up employers who keep paying workers does not help the many off-the-books workers in Azerbaijan’s informal economy: one economist estimated that the government bailout package has left out 1.5 million Azerbaijanis.

And many Azerbaijanis are flouting the rules. The government regularly publishes stats on isolation regime scofflaws: on April 8, Mammadov announced that more than 3,000 residents had violated the rules in a single day. As of April 9, police had caught nearly 10,000 drivers violating the regime.

Local media have been publishing stories of violators of the regime, including a pair of men accused of distributing fake press passes (journalists can get an exemption from the rules) and one man who managed to hack the system to be able to get multiple permissions to leave per day. A criminal case was opened against the former two, the latter got 25 days of administrative detention.

The government says that these sorts of violations may require a further strengthening of the regime, though it’s not clear in what way.

"The requirements of the special quarantine regime are not observed by many people,” Mammadov said. “Today's statistics show that there are cases of sale of fake certificates and permits. If the conditions of this regime are observed, this will contribute to the positive statistics and it will not be extended. However, today's data show that requirements may be tightened. This decision is extremely difficult for us."