Azerbaijanis in lockdown send love letters to their president

The trend is evocative of Azerbaijan’s Soviet past, when young pioneers wrote precocious letters to the editor about the nation’s astute leaders. 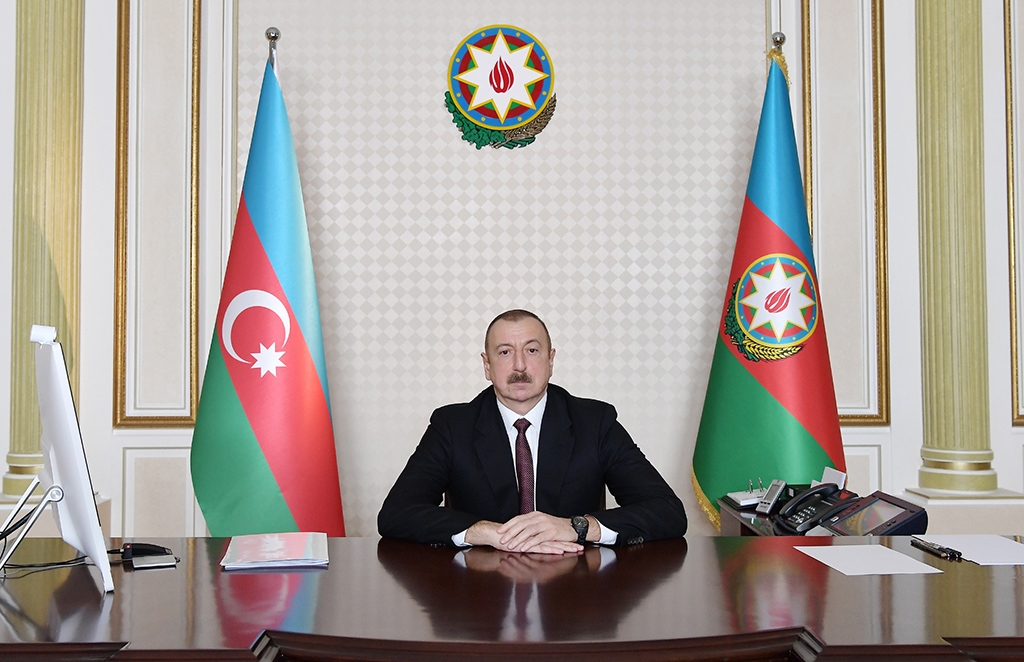 Waiting for the mail (president.az)

The novel coronavirus has developed a new symptom in Azerbaijan: People have become overwhelmed by an urge to write gushing letters of thanks and praise to their autocratic leader, President Ilham Aliyev.

This epistolary epidemic has spread nationwide, affecting people indiscriminately. Old, young, urban and rural are writing their appreciation of Aliyev’s visionary leadership in these dark times. Reams of the letters are published daily by government-controlled media – essentially the only news media allowed to operate in the Caucasus petrocracy.

“Esteemed President, Mister Commander-in-Chief, I’m writing you as a student of the Academy of Sports and Physical Culture of Azerbaijan to thank you for […] setting up online lessons, for caring for us and for standing by the people in these trying times,” young Fuad Pashayev wrote in a letter reproduced by Trend news agency on April 30. “My biggest dream is to become an officer in the border service and serve the Republic of Azerbaijan. My keen interest in this field, my love for the president and my people, made me make this choice.”

“Dear Mr. President, I’d like to thank you for taking preventive measures against this calamity as the coronavirus holds the whole world in its grip,” wrote Hero of Socialist Labor Baba Samedov, who was bestowed that title during Soviet times for his overachievement as a worker.

Countless others are taking part in this peculiar quarantine game, praising god for the president that serendipity (or rather, four consecutive rounds of dubious elections) brought to Azerbaijan to govern for 15 years now, with no end to his rule in sight. The authors also speak of Azerbaijan’s bright, Aliyev-guided future and denounce Armenia, the much-hated neighbor.

“Mr. President, you are wont to say, ‘I’m a president of every Azerbaijani and stand by every single Azerbaijani.’ We feel it too. The clear example is the fact that you stand by the people during these hard times,” wrote Sultan Shukyurov, a veteran of the war with Armenia over Nagorno-Karabakh.

The trend is evocative of Azerbaijan’s past as a part of the Soviet Union, where young pioneers wrote precocious letters to the editor about the nation’s bright socialist future and astute politburo gerontocrats. “Dear Mr. President, on behalf of my family, please allow me to express my gratitude for your care for the people and attention to doctors in times of quarantine,” wrote a schoolboy from the village of Orta Zeid.

“Respected Mr. President, we all understand very well that in your decisions on coronavirus you are guided by the goal of protecting our people and caring for people’s health,” a schoolgirl from Lachin region wrote. “We are proud of you!”

The panegyrics are also read aloud on television, another throwback to the Soviet era, when such letters arrived by the sacksful at Shabolovka 37 in Moscow – the postal address of central television that Soviet citizens knew by heart – and then were selectively read by TV hosts.

Those Azerbaijanis immune to this praise-the-president syndrome tend to end up imprisoned, banished or otherwise silenced. At the early stages of the coronavirus in Azerbaijan, Aliyev said that it was a “historic necessity” to isolate government sceptics whom he described as a “fifth column.” True to his word, he followed up by arresting government critics and opposition politicians, eliciting condemnations from human rights groups.

Azerbaijan has instituted the South Caucasus region’s strictest rules for fighting both the coronavirus and political dissent, leaving citizens little to do but stay at home and write the letters. So far, there are no reports the phenomenon has spread beyond Azerbaijan’s borders.