Azerbaijanis insist: Armenian player would have been safe

After a wave of international criticism, many Azerbaijanis blamed Armenians and Henrikh Mkhitaryan himself for milking the controversy. 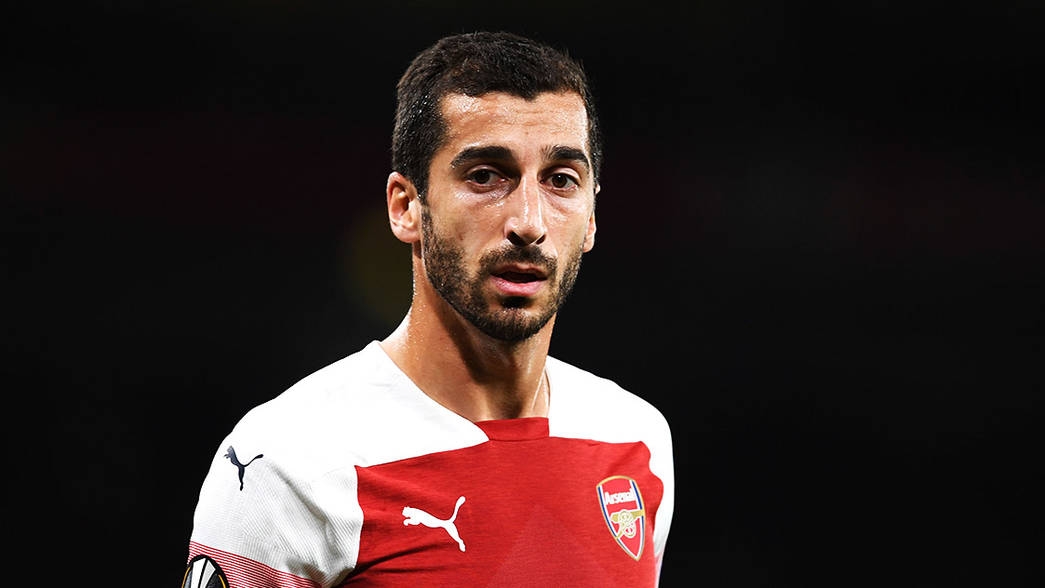 Arsenal midfielder Henrikh Mkhitaryan, whose decision not to go to Baku for a key soccer match has created a wave of bad PR for Azerbaijan. (photo: Arsenal)

Following the decision by an Armenian soccer player to skip a championship match in Baku over concerns for his security, many Azerbaijanis complain that the safety issues have been overblown and that the episode is unfairly tarring the country.

The brouhaha over Arsenal midfielder Henrikh Mkhitaryan’s decision to skip the May 29 Europa League final has brought a wave of bad publicity to Azerbaijan, and has occasioned a wave of defensive – and occasionally counteroffensive – reactions. Given that Azerbaijan guaranteed Mkhitaryan’s safety while in Baku and he declined to come regardless, many Azerbaijanis have asked: why are we the ones being blamed?

An Azerbaijan tourism promotion account, Come to Azerbaijan, tweeted video from the 2015 European Games in Baku, when an Armenian boxer was personally awarded a medal by President Ilham Aliyev. When the boxer’s name was announced, there were boos and whistles from the crowd, but Aliyev quieted them, and smiled broadly and gave a thumbs up as the crowd began to cheer instead. “Anyone still believes in Armenian footballer's claims about ethnically motivated attacks on him in Baku? Show them this,” the account tweeted.

(It should be noted that Mkhitaryan never made a claim about “ethnically motivated attacks.” His statement announcing his withdrawal from the match offered no specific justification. But many sources had reported that security was his primary concern. As for the “exemplary multicultural and tolerant country,” see below.)

Others took offense at the often overblown British media coverage of the case; one Orientalizing trope that has become common in the British press is that Baku is “further east than Baghdad,” implying a sort of Eastern barbarism at the root of the matter. Erkin Gadirli, a leading member of the opposition party ReAl, said the coverage was “very dishonest” and “full of stereotypes.”

Other Azerbaijanis pointed out the utter improbability of the government allowing an attack on a player at the sort of high-profile event that means so much to Baku. “At least government is not that dumb to let a world famous footballer to get killed in a stadium,” turning the glitzy spectacle “to a catastrophic hate murder scene,” tweeted social media personality Cavid Aga.

Many blamed Mkhitaryan himself for ginning up the controversy. After Arsenal qualified for the final, forcing him to make a decision about whether to come, Mkhitaryan had delayed his official announcement for several days after the Azerbaijani government had guaranteed his security if he were to come, contributing to a sense among many that he never intended to come and instead sought to milk the controversy to gain points against Azerbaijan, the country with which his country has been at war for more than a quarter century.

“Mkhitarian’s refusal to come has nothing to do with danger,” wrote investigative journalist and activist Khadija Ismayilova on her Facebook page. “He was not in danger at all. He used opportunity to start discussion about ‘savage Azerbaijanis.’ This was a political move and he used football for dirty political purpose. A racist purpose. We are not animals and we don’t bite.”

The news website Haqqin, connected to Azerbaijan’s security services, wove an elaborate tale of a conspiracy at European soccer’s governing body, UEFA, noting that Mkhitaryan’s sister works there. “Therefore, behind the Armenian footballer stand some powerful people, who can certainly ‘suggest’ to Arsenal how to act in this situation so as to inflict the maximum damage to Azerbaijan,” Haqqin wrote.

Most of these defenses elided a separate but related (and indefensible) issue: the fact that soccer fans of Armenian origin were denied visas (according to an Arsenal fan group) because of Baku’s long-standing policy of refusing entry to anyone with an Armenian name, no matter what passport they hold. (They make exceptions for special cases, which would have included Mkhitaryan, and in those cases they provide constant security escorts for the Armenian visitors.)

Azerbaijan’s ambassador to the UK also didn’t help matters when he said that, while Mkhitaryan’s safety would have been guaranteed in Baku, there may have been caveats. "My message to Mkhitaryan would be: you're a footballer, you want to play football? Go to Baku you are safe there, if you want to play the issue then that's a different story,” the ambassador, Tahir Taghizadeh, told Sky News.

So regardless of what Mkhitaryan’s motives might have been, an Armenian can hardly be blamed for being reluctant to visit Azerbaijan in this environment. What has yet to be determined is whether Baku will, in light of the PR disaster they are facing as a result of all this, start to create the conditions in which Armenians have no reason not to come to Azerbaijan.