Both sides are engaging in tit-for-tat retaliations, and Azerbaijanis are fighting back in the face of Iranian rhetorical aggression. 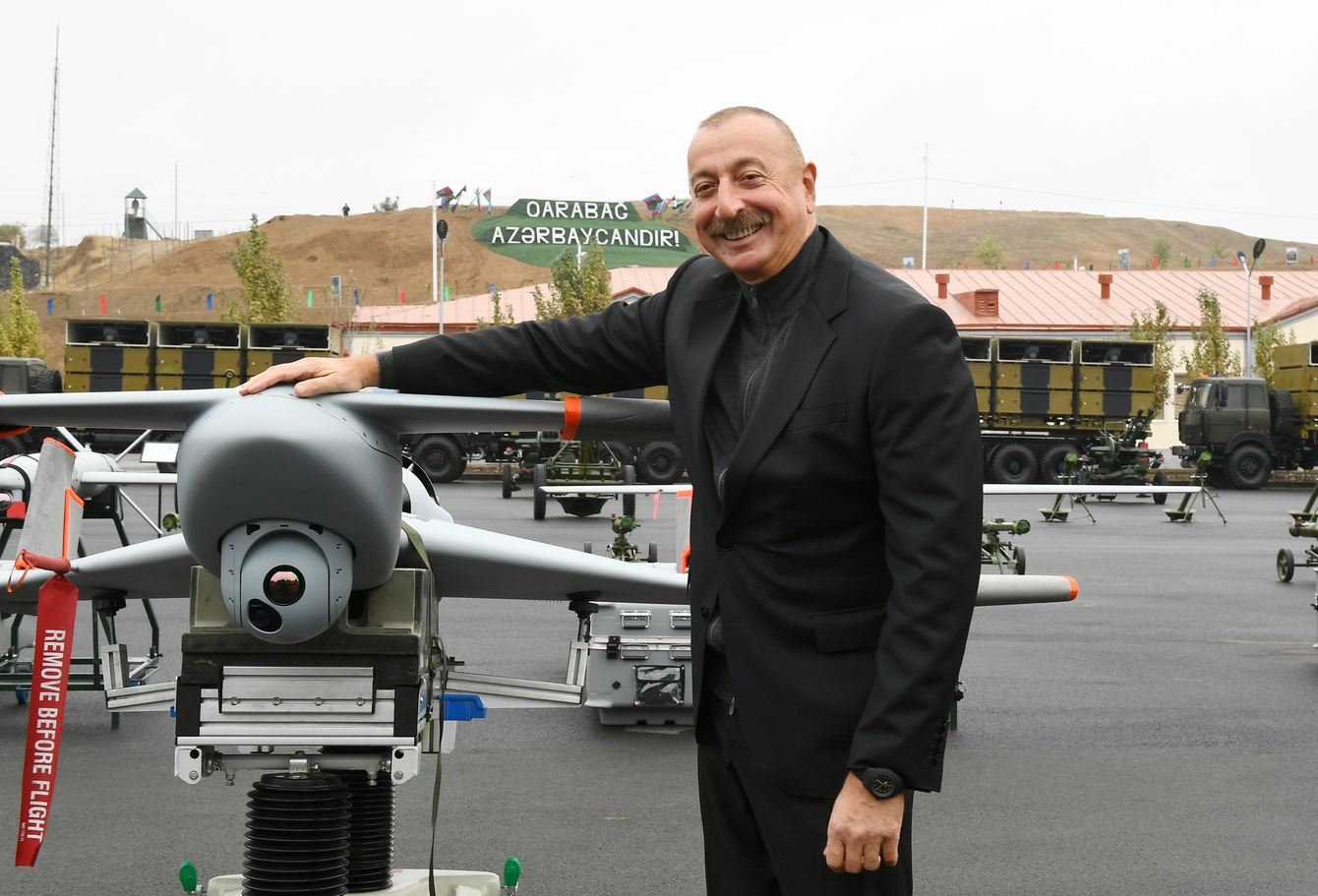 While military exercises continue on both sides of the Iran-Azerbaijan border, the war of words between the two countries has only accelerated.

As the crisis has festered, Azerbaijanis have responded defiantly to the aggressive rhetoric from Tehran, pushing back on Iranian claims of an Israeli presence in the country and beginning to reciprocate on the Iranian threats.

On October 5, President Ilham Aliyev for the first time responded explicitly to the main talking point that Iran has used in its campaign against Baku: that Azerbaijan harbors some sort of presence of Israel, Iran’s archenemy.

“They are speaking as if Azerbaijan brought Israel to this region,” Aliyev said in an appearance in Jabrayil, in southern Azerbaijan just a few miles from the Iranian border. “Let them open their eyes and look. Where do they see Israel here? Not a single person lives here. There is not a single building here. Is there proof? No.”

And Aliyev made his own threat to Iranians: “I am saying this here in Jabrayil, along the Araz river [which forms the border with Iran]: baseless allegations against the Azerbaijani nation will not go unanswered.”

Tensions between the two sides began this round of escalation in September, when Azerbaijani police arrested some Iranian truck drivers who had been delivering goods to Nagorno-Karabakh. They have only grown since then: Iran started unprecedented military exercises on the Azerbaijani border on October 1, and Iranian officials have been mounting a heavy rhetorical campaign against Azerbaijan.

The Iranian accusations center on Azerbaijan’s close ties with Israel, but also have touched on other issues including Baku’s use of Syrian mercenaries in last year’s war with Armenia (which Baku continues to deny) and the prospect of unspecified “border changes” in the Caucasus.

Even as it remains unclear what specifically has vexed Iran, the temperature between the two sides keeps rising.

Also on October 5, Azerbaijani media reported that Iran had cut off its airspace to Azerbaijani military flights to the Azerbaijani exclave of Nakhchivan. It did so while joint military exercises with Turkey were going on in Nakhchivan; the growing influence in Azerbaijan of Turkey, Iran’s regional rival, has been another irritant for Tehran.

Meanwhile, Azerbaijani authorities the same day shut down the congregation hall at the Baku representative office of Iran’s supreme leader, Ayatollah Ali Khamenei. The stated reason was a spike in COVID infections, though it also came only two days after Khamenei himself had weighed in on the conflict.

In comments to recent military academy graduates, which were then summarized in a tweet written in Azerbaijani, Khamenei issued a thinly veiled threat to Azerbaijan: "Those who dig pits for their brothers will fall into those pits themselves."

Amid the tension, many Azerbaijanis – including those in the political opposition – have rallied against Iran and in favor of their country’s relationship with Israel.

Building good relations with Israel is “one of the only good things that has happened in Azerbaijan,” wrote historian and public intellectual Altay Goyushov.

In one episode, spread on Azerbaijani social media, some religious women in a military cemetery harshly criticized both Israel and Jews and were detained by police. Prominent journalist Khadija Ismayil criticized the police for violating the women’s right to speech, but added that “martyr families should be told not to make their sons’ graves an open field for Iranian intelligence.”

In another action, four members of a group called the Nationalist Youth Organization placed three traditional toilet pitchers, known as aftabeh, in the colors of the Iranian flag in front of the Iranian embassy in Baku. The photograph was widely shared on social media, and the activists were detained and given fines of 100 manat (about $60), one of them, Mushfig Valiyev, told local news outlet Anews.az.

Valiyev said the group was motivated by “Iran’s humiliation of Azerbaijanis.” An estimated one-quarter of Iran’s population is ethnic Azerbaijani, and they are concentrated in the northwestern part of the country, on the border with Azerbaijan.

Azerbaijan has been for the most part on the defensive, rebutting Iran’s various grievances against it. The foreign ministry issued a lengthy statement responding to various of Amir-Abdollahian’s claims and insisting that “relations between our peoples are at the highest level. Relations between Azerbaijan and Iran are based on strong historical ties, friendship and cooperation.”

But more counterthreats have been popping up as well. Esmira Jafarova, an analyst with the state-affiliated Center of Analysis of International Relations told Turkish TV network ANews that “Azerbaijan is an independent country and if any country would demonstrate through the use of force or try to meddle in our internal affairs, obviously Azerbaijan reserves the right to respond proportionately. But I believe pragmatism and common sense will take over sooner rather than later and all this will be resolved.”

And even after refuting the presence of Israelis in Azerbaijan, Aliyev did call attention to the one undisputed influence of Israel in Azerbaijan: the large stocks of advanced weaponry that Azerbaijan has bought from Israel over the years. While in Jabrayil, he also ceremonially opened a border post station, where he posed for photos, smiling widely with an Israeli-produced Harop drone.