Strict stay-at-home orders did not go over well with many Azerbaijanis, leading to clashes with police officers. 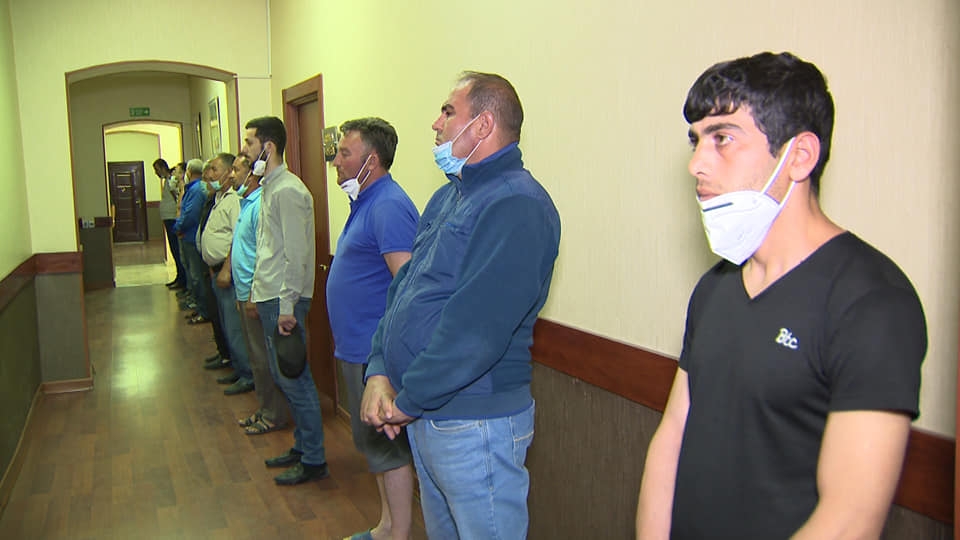 Azerbaijanis, angry at being forced to stay inside for the entire weekend due to a coronavirus lockdown, took out their rage on police officers enforcing the new rules.

From Friday night until Monday morning, residents of Baku and several other cities were forbidden from leaving home as the country struggles to manage its growing COVID-19 outbreak.

It will take some time to assess the effectiveness of the strict weekend regime in stemming the spread of the disease. But what has already been made apparent is people’s unhappiness at the restrictions, and the bold disobedience that resulted.

The most striking episode was in Baku’s Yasamal district, where police arrested a man on June 7 outside a large apartment complex for violating the stay-at-home regime. Neighbors appeared to take the side of the curfew violator, and many whistled and heckled the officers, with several throwing trash and other objects down on them.

Police then returned to the complex and arrested 11 residents suspected of throwing the trash.

Videos of both the original trash-bombing and the subsequent heavy-handed arrests were widely shared on social media.

“The video from Yasamal clearly shows the public’s hatred of ordinary police officers,” wrote Gubad Ibadoglu, an Azerbaijani economist now based in the United States, on Facebook. “This hatred is not just for the police but for the government. Even in the most advanced countries, an increase in hatred like this does not bode well. We see this in the U.S.”

Elsewhere, Bakuvians were shouting in unison from their windows in protest against the lockdown. One resident who was detained for being outside attacked police with a knife.

The public backlash against the police was apparently strong enough that pro-government media felt they needed to go on a counteroffensive, with an unusual quantity of stories citing good deeds by police officers. “Police officer in Baku gave his own lunch to an elderly woman,” went a headline in the website Trend.

“Conscience requires that the warmest and most sincere words of thanks are due to police officers,” wrote Minval.az. “They not only patrolled the empty streets, not only fulfilled their responsibilities to maintain order, but also helped citizens in the most unexpected situations.”

And the Ministry of Internal Affairs issued a sugary statement following the end of the curfew: “We want to express our gratitude for the understanding and observance of the requirements of the special quarantine regime. You patiently stayed at home for two days, showing concern for your and your loved ones’ health. We are sure that if in the future a similar decision is made, you will again demonstrate forbearance and restraint.”

It is indeed an open question whether the curfew will be renewed the coming weekend. In Turkey, where the weekend curfew was pioneered, a similar lockdown was in effect for a number of cities for several consecutive weekends but was called off this last weekend after a heavy social media backlash.

Some Azerbaijani media reported that the exercise would be repeated next weekend, but the authorities quickly denied that, saying no such decision has been made yet. “If such a decision is made, the public will be informed,” said Ibrahim Mamedov, the spokesperson for the Cabinet of Ministers.

“I hope that the ‘stay at home’ order will not go into effect next weekend,” tweeted Baku-based analyst Anar Mammadli. “It shouldn’t be called a ban – it’s either a joke or an experiment. I’m having trouble deciding. If you really want to fight the epidemic, limit access to restaurants and markets, don’t bother people who just go into their yard to take out the trash!”