Many in the country believe their government isn’t doing a good job convincing the world that their side is right, and they are taking matters into their own hands. 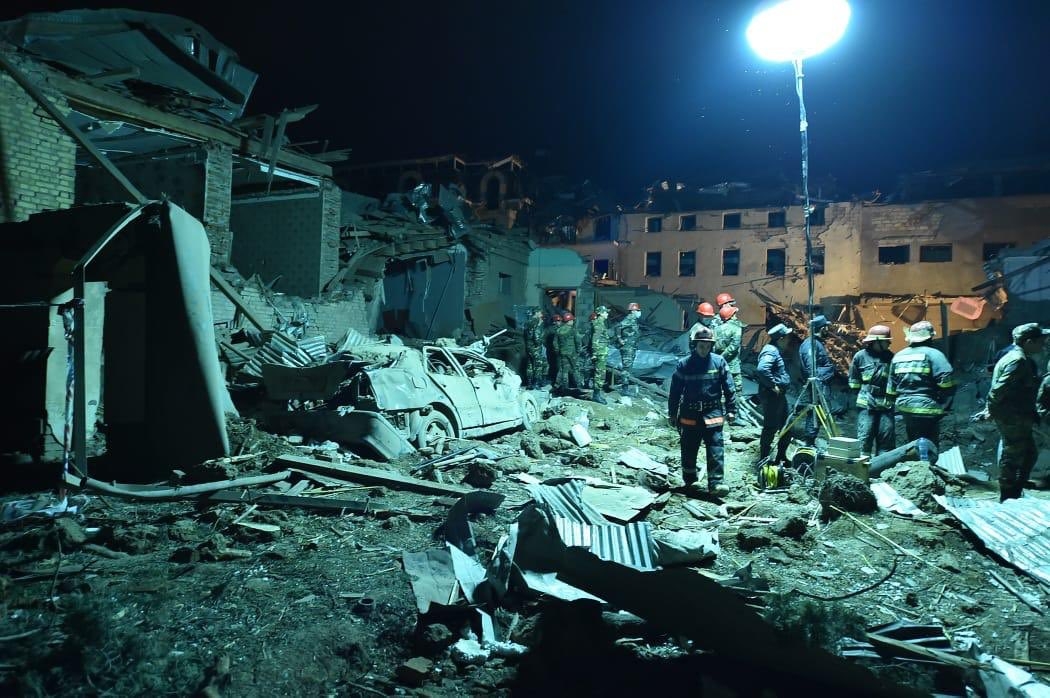 As Azerbaijan has been carrying out an offensive to take back its territories lost to Armenian forces in the 1990s, Azerbaijani civilians have been waging their own information war: to defend the country’s international reputation.

As fighting has raged for two weeks and become front-page news around the world, there is a widespread sense in Azerbaijan that the world media is biased in Armenia’s favor – and that their own government is ill-equipped to do much about it.

“When Azerbaijani territory was being occupied in the first Karabakh war [in the early 1990s], where was the international media?” said one Bakuvian, speaking to Eurasianet on condition of anonymity. “We lost the information war back then and we are losing it now.”

Azerbaijanis see large numbers of foreign reporters covering the war from the Armenian side of the front lines, and very few from the Azerbaijani side.

Prominent journalist Khadija Ismailova complained that the Azerbaijani government wasn’t helping foreign journalists cover the story from their side. “Are there conditions for foreign journalists’ entry into the country and visiting the front line?” she asked the Ministry of Foreign Affairs in a Facebook post. “Or do you suggest that they cover only the Armenian side?”

Journalists and writers from the large global Armenian diaspora have been writing opinion pieces in international media and sharing news favorable to their side, while Azerbaijan lacks a comparable resource.

And the focus in the international media on the day-to-day war has obscured what Azerbaijanis see as the more important story: the fact that for nearly three decades Armenia has been unwilling to negotiate a peace deal that would return at least some of the Armenian-controlled territories back to Azerbaijan and allow the more than 600,000 ethnic Azerbaijanis displaced from the first war to return back home.

“Displaced Azerbaijanis feel that their stories, the injustice they suffered, and their desire to return to the homes that they fled a quarter century ago are not being covered in the international media,” wrote Zaur Shiriyev, a Baku-based analyst for the International Crisis Group, on Twitter.

“Armenians have convinced the world that they are the victims,” another Bakuvian who has been actively tweeting and posting throughout the conflict told Eurasianet on condition of anonymity. “Why doesn’t anyone talk about the occupied Azerbaijani land and our displaced people who have been expelled from their homes?”

Many Azerbaijanis have been taking to social media to try to get their side of the story told.

One Instagram user wrote in a recent story that CNN was preparing a story on the war, “and we have to make sure it isn’t one-sided.” She called on Azerbaijanis to send comments to CNN’s social media accounts, but emphasized: “Don’t be aggressive, don’t send just patriotic comments. I understand that emotions are through the roof now, but we need to work only with facts!”

Celebrities who decide to use their social media accounts to wade into the politics of the conflict have become a significant battleground.

After the American rapper Cardi B promoted a fundraiser for Armenia in her Twitter account, she faced a strong backlash from Azerbaijani users and later posted an apology, titling it “I’m so sorry. We did not do our research.”

Pop legend Elton John also deleted a pro-Armenian Instagram post and replaced it with a more balanced one following a backlash from Azerbaijani users.

When actress Penelope Cruz posted on Instagram to promote a new movie, she used as a background the Colombian flag, which has approximately the same colors as the Armenian flag but with the order reversed.

Many on both sides misinterpreted her post as a support for Armenia, and the comments were dominated by Armenians and Azerbaijanis. “Penelope, did Pashinyan call you?” one Azerbaijani asked. (Armenian Prime Minister Nikol Pashinyan’s frequent phone calls to world leaders have become a comic trope in Azerbaijan, where they're seen as unmanly begging for help.)

Azerbaijanis’ struggle in the information war has been hampered by the fact that their own government quickly limited Internet access in the country immediately after fighting started on September 27.

The popular Facebook group “Amerikansayağı Bakı” called on Azerbaijan’s Ministry of Transport, Communication and High Technologies to lift the restrictions on Facebook and Twitter, saying that “the current situation prevents us from waging a war in social media.”

Many users have been downloading VPN programs to circumvent the restrictions, but they work only partially.

In an appeal that many Azerbaijanis saw as ironic, given the government’s own restrictions on communications, First Vice-President Mehriban Aliyeva on October 5 asked Azerbaijanis to help “expose the fakes of the Armenian propaganda and convey the truth about the Armenian aggression to the international community”.

When Amnesty International issued a report criticizing Azerbaijan’s use of cluster munitions, Azerbaijani officials complained that international organizations were ignoring Armenian attacks on Azerbaijani civilian targets. But some noted that the Azerbaijani government, which has expelled nearly all such organizations from the country over the last decade, has itself to blame.

Posting on Facebook about the Amnesty International report, human rights activist Anar Mammadli commented only: “These organizations shouldn’t have been kicked out of the country in 2014.”