The government has cracked down on “fake” disability claims, but many legitimately disabled people – including soldiers injured in last year’s war – are suffering. 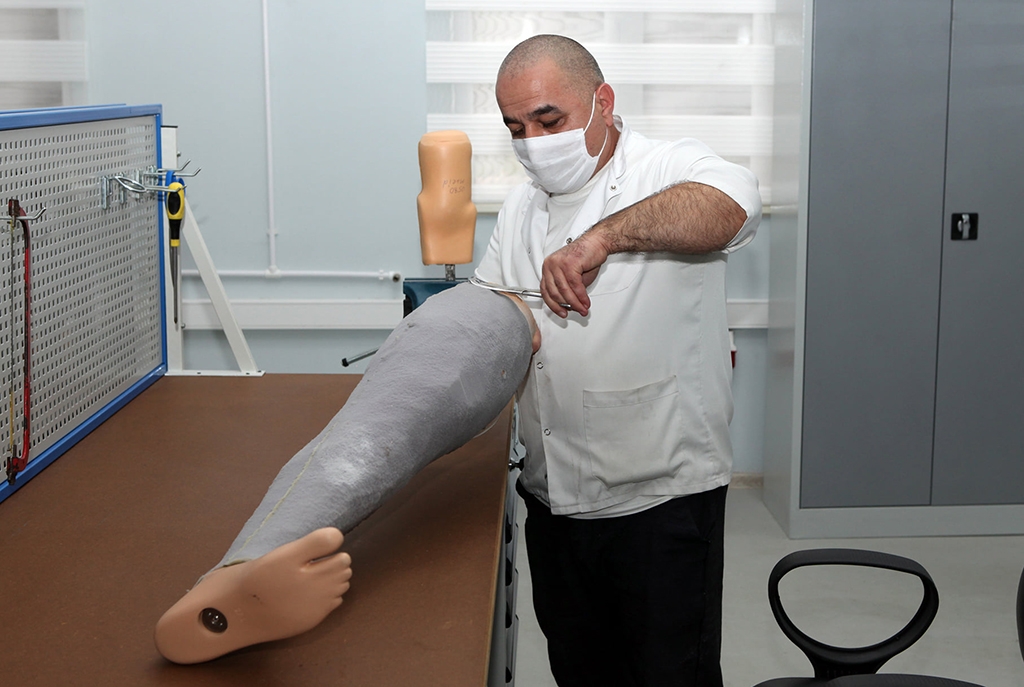 Many veterans have complained about shortcomings in state-provided medical treatment and the provision of prostheses. (photos: Ministry of Labor and Social Protection)

Since November, Leyla Gojayeva has been coming once a month to the Republic Rehabilitation Center of the Disabled to try to get her benefits back. She had been receiving the benefits for a visual impairment since 2002, until they were unexpectedly canceled last year.

She showed Eurasianet a document from an examination at Baku’s National Ophthalmology Center confirming her disability, but she said it hasn’t helped. “Every time they check my name in the [electronic] system, they say there’s no decision yet,” she said.

She was one of a crowd of about 200 in front of the Rehabilitation Center building in Baku. Many had traveled hundreds of miles.

Rafig Rahmanov, a disabled veteran of the first Karabakh war in the 1990s, came from his home in Ganja. His benefits were canceled in February, he said. He has repeatedly asked for an explanation, but every time is told simply that his case is being investigated. “My son tells me, ‘It will be fine’,” he said. “I know it will be fine, but it’s been four months. I need to eat, right?”

Last year, the Ministry of Labor and Social Protection cracked down on fraudulent disability claims. While the ministry regularly says it is trying to weed out fake claims, last year’s effort was more vigorous than in the past.

The ministry reported that 7,000 Azerbaijanis had their benefits canceled because it considered their claims to be fraudulent. It said a further 16,000 needed to reapply if they wanted to continue to receive benefits. The previous year, only 2,500 were canceled for any reason.

The amount of the benefits depends on the severity of the disability, from 110 manats ($65) to 150 manats ($88) a month. The government said it was saving about 101 million manat (about $59 million) a year through the streamlining.

“I understand that my status was valid only until last year,” Gojayeva said. “But I was examined again, got proof of my condition again, applied for the status again, and after eight months I came to hear the same answer that there is no decision yet.”

The ministry said that the reductions would continue: 190,000 people’s benefits would expire this year, it reported.

There has indeed been fraud in the process, but the government’s efforts to stamp it out have been overkill, some observers argue.

“People used to get a disability status in return for bribes, thus raising the number of the disabled, and now the government is trying to stop this practice,” economist Natig Jafarli told RFE/RL’s Azerbaijani service. But, he added, “as officials want to protect themselves from being punished for granting fake statuses, they end up hardening the procedures … as a result, those who have legitimate status also suffer.”

“I’ve never faked anything. I received the very pension that this state granted me,” one man waiting in the crowd, who declined to give his name, told Eurasianet. He said had been receiving disability benefits since a car accident five years ago, until they were terminated in January.

Government officials have been blaming those who lost benefits for their plight.

Ministry spokesperson Fazil Talibov told BBC Azerbaijani that if people would start the extension process three or four months before their status expires, they wouldn’t have to wait so long.

“They talk about fake disabilities, but none of them asks how these people got fake documents and statuses in the first place, how much and to whom they paid bribes,” Farhadova said. 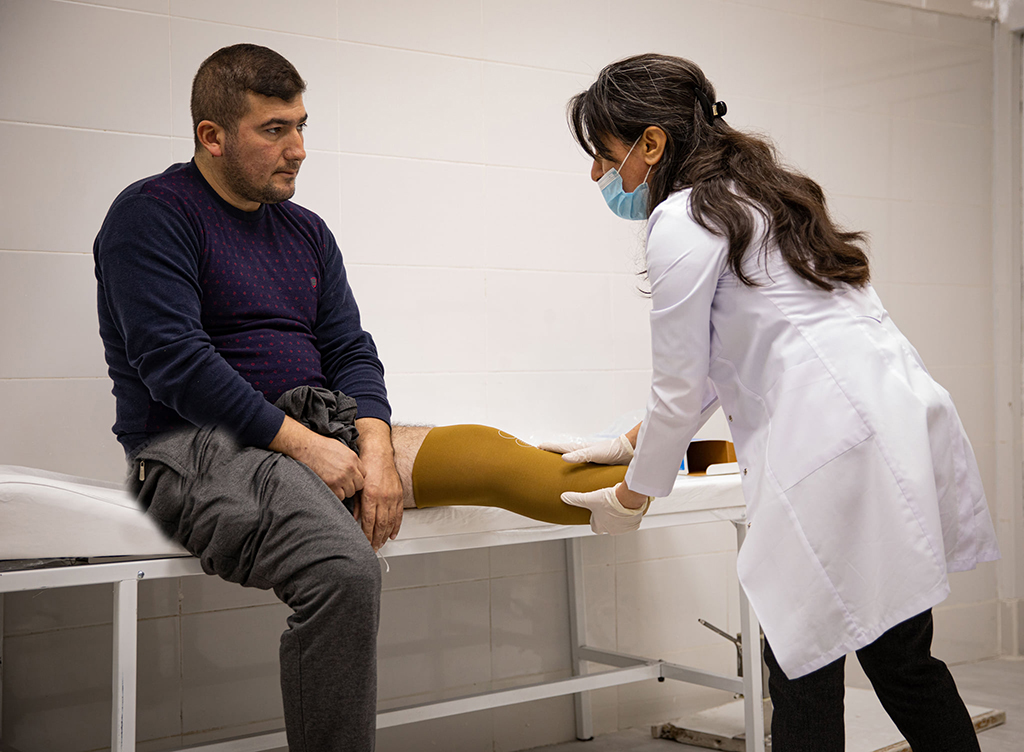 Among the victims: veterans wounded in last year’s war against Armenia. Many have been outspoken about shortcomings in state-provided medical treatment and the provision of prostheses, as well as not being granted the disability status they believe they deserve.

In one well-publicized case, Sahil Hasanli, a disabled soldier who became famous after he appeared in a photo leaning out of a hospital window to celebrate the capture of the key town of Shusha, released a video on social media on April 16 complaining that he had been assigned second-degree disability status, as accorded to people with moderate impairments.

He had lost his arm in the fighting and said he also has suffered damage to an eye and an ear. He told local news website qafqazinfo.az that the State Medical-Social Examination and Rehabilitation Agency, which is in charge of reviewing disability claims, explained the decision to grant him second-degree status by the fact that doctors hadn’t reported the eye and ear damage in their medical reports.

Shortly after the case was publicized, ministry officials leapt into action, promising Hasanli a prosthesis, a house, and a car. On May 25, Public TV reported that he was given a job at Sumgait Rehabilitation Center. His second-degree status reportedly remained unchanged.

And following the public controversy, the Ministry of Labor and Social Protection proposed legislation that would reportedly close the gaps for disabled people who are forced to reapply for benefits.