While the event was only a press briefing, organizers still celebrated it as a “step forward” even as they enumerated the many recent hate crimes the community has suffered. 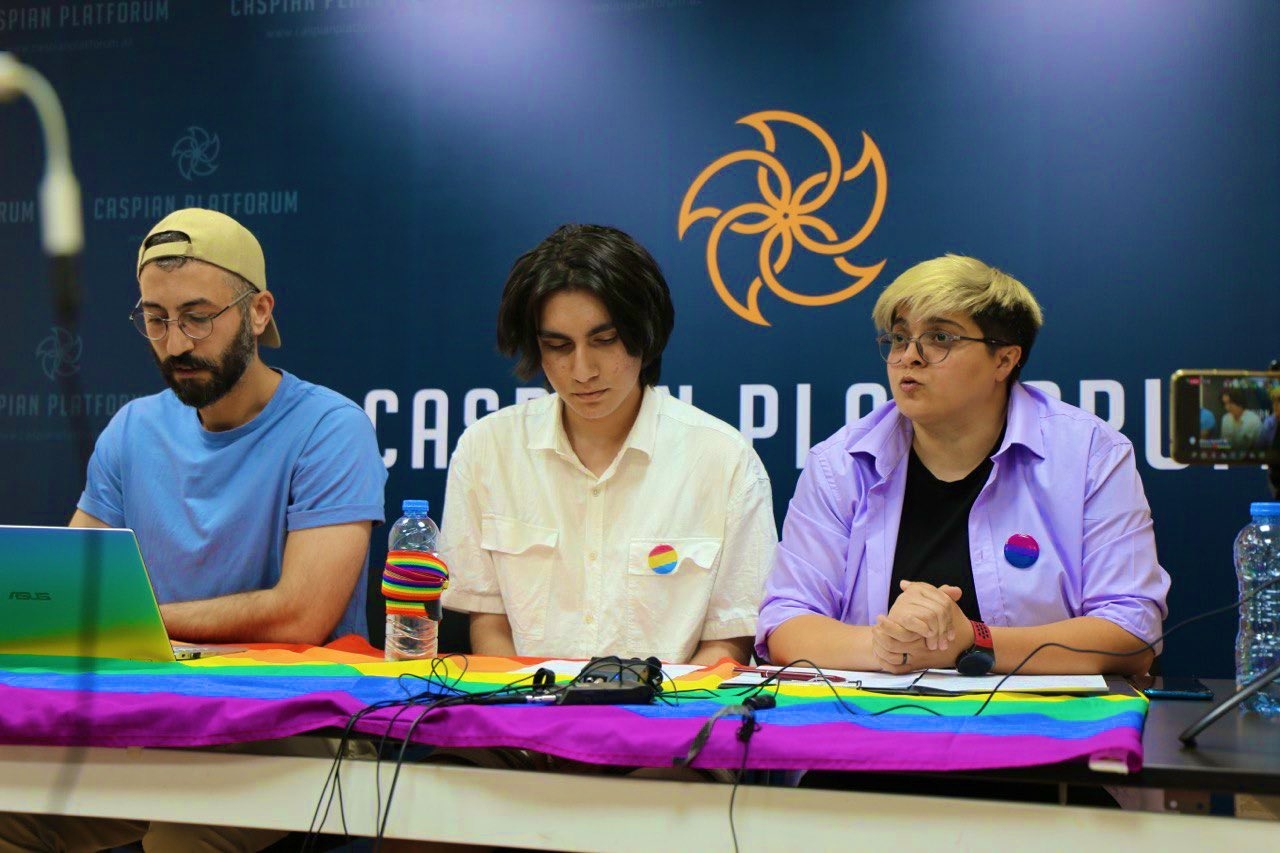 Azerbaijan’s small LGBTQ activist community gathered for a press conference for the first time in eight years, counting it as a victory amid the country’s not-so-queer-friendly social and political landscape.

On June 9, LGBTQ activists Javid Nabiyev and Ali Malikov and feminist and political activist Rabiyya Mammadova held a briefing for journalists “to get attention to issues facing LGBTQ+s, to protest against the discrimination we see, and to voice our demands before the state and society.” The last such briefing was held in 2014, they said.

June, celebrated as Pride month for queer communities around the world, “is a month of protest, resistance, and politicization,” Nabiyev said in opening the event. “For this reason, we -- only three of us here for now -- decided to hold this briefing.”

Mammadova recounted every reported hate crime against LGBTQ Azerbaijanis in recent years. The most recent was the murder of Avaz Hafizli, a journalist and LGBTQ activist who was stabbed to death and dismembered in February in Baku. His cousin was arrested for the crime and will face trial on June 20.

Journalist Teymur Karimov reported from the crime scene that police officers there refused to take Hafizli’s body to the morgue saying it was “nasty.” (The Interior Ministry spokesperson later denied the allegation to OC Media.)

Azerbaijani police have a long record of harassing members of the queer community and the country regularly ranks last in Europe in terms of rights for queer people.

In September 2021, following a murder of trans woman in Baku, social media influencer Sevinj Huseynova ran a live broadcast on Instagram in which she called for “the physical removal of sexual minorities and trans people” from Azerbaijan. She addressed police specifically: “If you [law enforcement] don't remove transgender people to protect the image of our country on the world stage, then we will remove them ourselves,” she said.

Following Huseynova’s threats, a group of feminist and LGBTQ activists appealed to law enforcement agencies to request their intervention, citing an article in the constitution prohibiting “promotion of hostility” on racial, national, religious, social and other grounds. In response, one feminist activist, Gulnara Mehdiyeva, was summoned to the State Security Service. Officers told her that they “can’t take any measures to protect the LGBTQ community as LGBTQ isn’t classified as a social group in accordance with Azerbaijani laws,” she said.

Meanwhile, as Huseynova has continued her tirades, activists continued to resist. The late Hafizli was especially known for his attention-grabbing protests, including once handcuffing himself to the fence of the General Prosecutor’s Office .

After Hafizli’s murder, Huseynova said on Instagram that an aunt of Hafizli called her and thanked her, saying only after her social media statements that “someone in our family tree found some courage,” Mammadova told the press briefing.

Mammadova also called attention to homophobic rhetoric among Azerbaijani politicians, in both pro-government and opposition camps.

Most recently, Eldar Guliyev, a member of parliament from the ruling New Azerbaijan Party, told local news outlet Pravda.az that “the undesirable should either be healed or expelled from the country,” referring to LGBTQ Azerbaijanis. “We don’t want this kind of integration to Europe. Our religion is also against it. I’m ashamed as a human, seeing what our society has become,” he said.

Azerbaijan’s leading opposition umbrella group, the National Council of Democratic Forces, caused a stir in 2020 when one member, in a private Zoom meeting that was later leaked, said he regretted that Adolf Hitler “did not exterminate the gays in 1941-1945.” Several party members who were on the call later apologized for the remarks, including the person who had made them.