Sports commentators are questioning the wisdom of hiring foreign players to compete for the Azerbaijani flag. 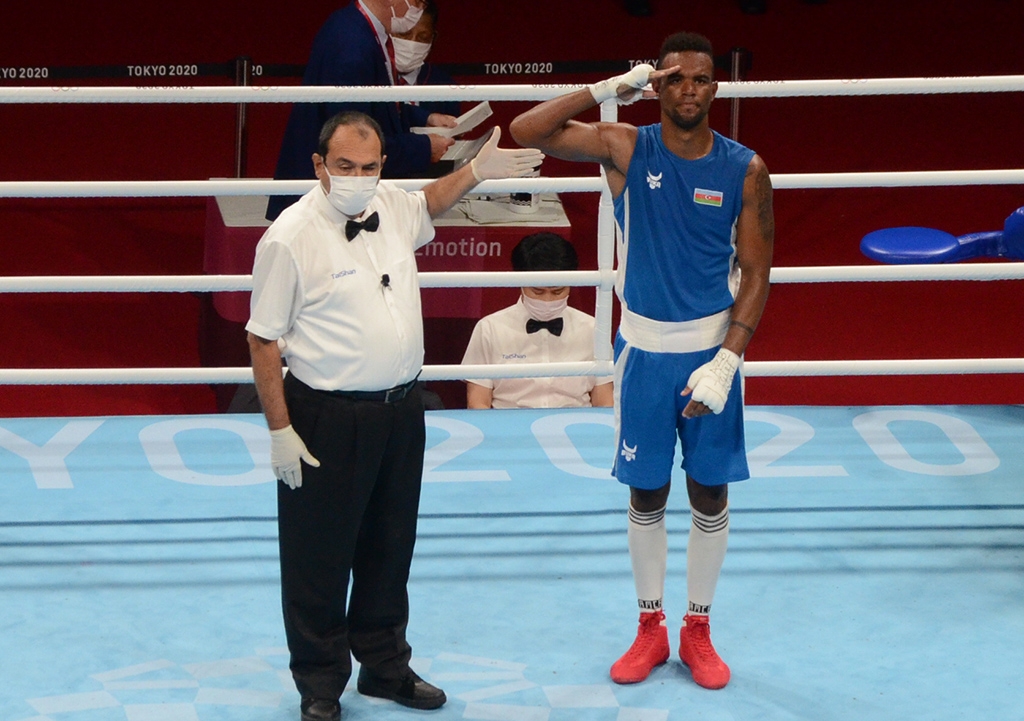 Azerbaijan’s Olympic team did not receive a welcome-home ceremony after failing to secure a gold medal in Tokyo. It was Azerbaijan’s worst medal placing since the national team debuted at the 1996 Atlanta Olympics.

The team got off to a bad start. On the first day, eight of 10 contestants lost and left the tournament. After the judo team won only one bronze, the trainer was fired and several players’ salaries were cut.

Five-time world karate champion Rafael Aghayev was perhaps most expected to win gold, but he lost in the final to Italy’s Luigi Busa.

The fact that nearly half the Azerbaijani team was foreign-born – “nationalized athletes,” as they’re known locally, given Azerbaijani passports to compete for the country – angered fans at home and abroad. Chingiz Aliyev, an Azerbaijani who coaches karate in Russia’s Tuva Republic, told local outlet Moderator.az that it is “shameful” to send foreigners to represent the national team. The athletes hailed from countries like Cuba, Russia, and Iran.

“It is obvious that foreigners agree to represent the country only in return for money,” he added. “They are not going to fight tooth-and-nail for the Azerbaijani flag.”

Many pinned the blame on the national Olympic Committee. The results from Tokyo show that “we have gone the wrong way for many years,” sportswriter Natig Mukhtarli told local outlet Musavat.com.

“For example, a fiasco in judo was expected. Only dilettantes would have an inexperienced foreign coach, rather than trusted local coaches, oversee a national team,” he said, referring to the team’s Ukrainian mentor. “After that, the managers should have been fired, not the trainers.”

Another sportswriter, Joshgun Eldaroglu, drew attention to lower government funding. Eldaroglu claimed that unlike previous years, this time Azerbaijani athletes were not promised big financial incentives, “which, for example, were a hundred thousand manats [$95,000 at the time] during the 2015 European Games held in Baku,” he told Radio Azadliq.

In the past, the Azerbaijani government used sports as a national rallying cry. But in the aftermath of the victory in the second Karabakh war last year, Eldaroglu believes, sport has been pushed into the shadows by the nation’s image makers.