An online sale of subsidized housing sold out in under five seconds, and would-be buyers called foul. 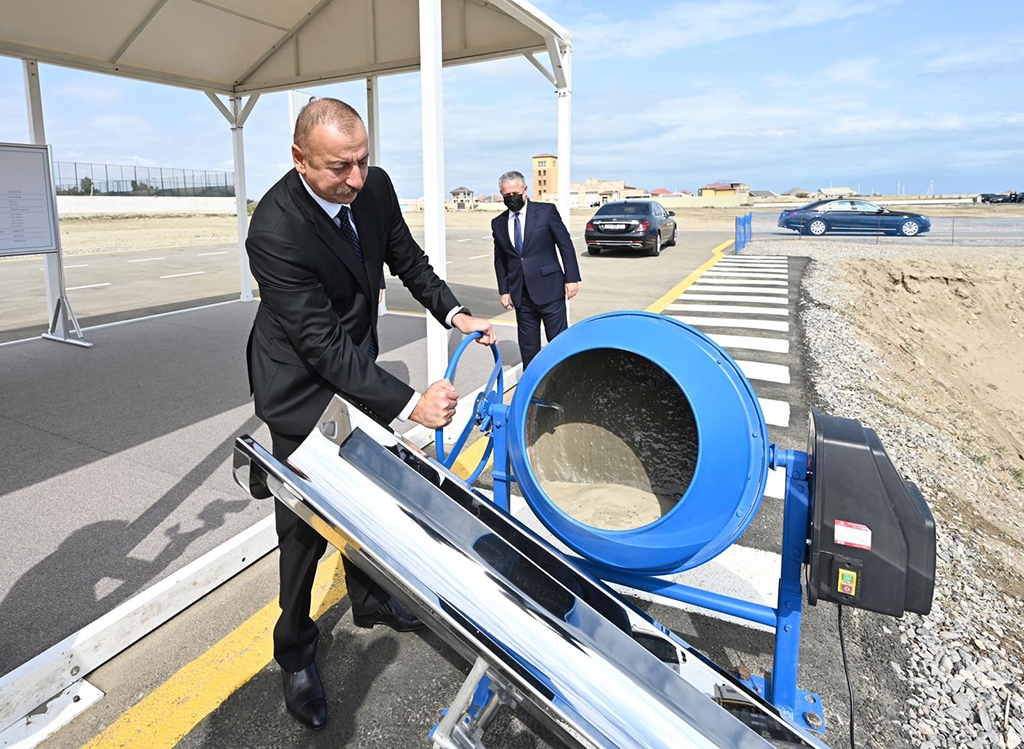 But when the sale ended – quickly – the acrimony began. The 442 apartments had sold in under five seconds, would-be buyers reported, faster than it should have been possible for a human to complete all the necessary steps. Users complained that the sale was tainted by fraud and called for a redo.

It was just the latest controversy for the State Housing Development Agency, a body created in 2016 to help mitigate the huge imbalance between what Azerbaijanis earn and what they need to buy a home. The agency, known as MIDA for its Azerbaijani acronym, constructs apartment buildings and sells them at below-market rates and on favorable terms. “This project shows once again that social issues have always been a priority for us,” President Ilham Aliyev said at the groundbreaking of the agency’s first housing complex in December 2016.

In the most recent sale, at a complex in the Yasamal region in Baku’s outskirts, two-room apartments were running for just over 50,000 manats ($29,000), about half of what comparable, non-subsidized apartments in the same area go for.

The sales have long been dogged by accusations of fraud and a lack of transparency. But the complaints reached a peak with the most recent event.

A month ahead of the sale, MIDA launched a demonstration version of the sale website so that prospective buyers could practice and “improve their skills” for the main event.

But on the day of the sale, the vast majority of the 9,000 who showed up were disappointed. Many vented later on social media that they couldn’t view any homes at all, or if they could they were gone before they could be purchased.

One Facebook user compared the situation to an iconic video clip from a 2010 parliamentary debate, in which a candidate began to answer a question and in two seconds was interrupted by the moderator saying “your time is up.”

One would-be buyer was Kamran Azizov, a 25-year-old IT specialist who was hoping to buy a two-room apartment and move out of the rental unit in Balaken, a city on Azerbaijan’s border with Georgia, where he now lives with his wife.

He practiced on the demo site and, as instructed, logged into the sale site an hour before it was supposed to begin.

“The countdown ended at 11:00 am. I clicked on the listings, the way I normally practiced on the demo. The windows opened, and I specified that I would buy it with a mortgage, picked the parameters for the apartment I wanted, and wrote the captcha code. Seven apartments appeared on the page; I was so happy seeing the seven, I didn’t even care what floor they were on,” he told Eurasianet.

“But when I clicked on one it said someone else was buying it. When I went back to the listings page, there were none left. Then I searched for a one-room apartment, but the system said, ‘no home is available based on your parameters,’” he said.

He said all that took him about 10 seconds. “It’s physically impossible” for a human to complete the necessary steps in that amount of time, he said.

But on social media, those who took part said the sales in fact took place much faster, and said that they must have been either sold beforehand, or bought with bots.

“Even after 11 minutes )))” one Facebook user commented, attaching a screenshot of a web page reading “The apartment you are currently looking for is not available for sale.” “This is the page I saw after eight seconds,” she wrote. “Why are they doing this? What kind of game is MIDA playing?”

Osman Gunduz, the head of the independent NGO Azerbaijan Internet Forum, called on the agency to release raw data providing more information about the sales process.

“MIDA says that the selection of housing began after six seconds,” Gunduz wrote on Facebook. “Many claim that they entered the system in 2-3-4-5 seconds but could not find apartments to choose from.” He said the agency should “clarify the issue of bots.”

Under another of Gunduz’s posts, one user commented that the system seems to be rigged against the disadvantaged people it purports to serve.

“How are poor people expected to have the IT skills to work so quickly and nimbly on the computer to fill out this form in five or 10 seconds,” he asked. “A poor person who can do this could go to a normal place, get a normal salary, and buy an apartment with a mortgage.”

Some people seem to benefit from the system, however.

Social media accounts have popped up claiming to be able to guarantee that they can help a person buy a house on the system. One Instagram account, MIDA Social Housing, boasted: “Unlike others, we do not make false promises,” under a post of a house it claimed to have bought for a woman. “Our work is plain for anyone to see. [...] I hope one day we will make you happy.”

A comment under that post advertised an apartment that the user claimed to have bought in a previous sale. “Three-room apartment won in Hovsan is on sale now. It was bought with cash, so also is on sale with cash,” the comment read. MIDA conducted several sales in Hovsan, another district of Baku, in 2020 and 2021. The rules of buying apartments through MIDA forbid their resale for three years.

Some officials have promised to do something about the issue.

“The fact that MIDA sold 442 apartments in a few seconds doesn’t reflect the truth,” Tahir Rzayev, a member of parliament, told local media. “No matter how great the technology, it is impossible to sell more than 400 apartments in just 4-5 seconds. It would be convincing if it took at least 20 minutes or half an hour.”

Another MP, Vahid Ahmadov, said that MIDA officials need to clarify the issue. “These are not built with their personal money, this is state-funded property,” he said.

So far, though, the only statement MIDA has made is that sale of the 442 apartments was “successfully conducted.”