Azerbaijan's military operation in Nakhchivan: less than meets the eye?

Armenia has mocked Azerbaijan’s claims of a recent military victory. 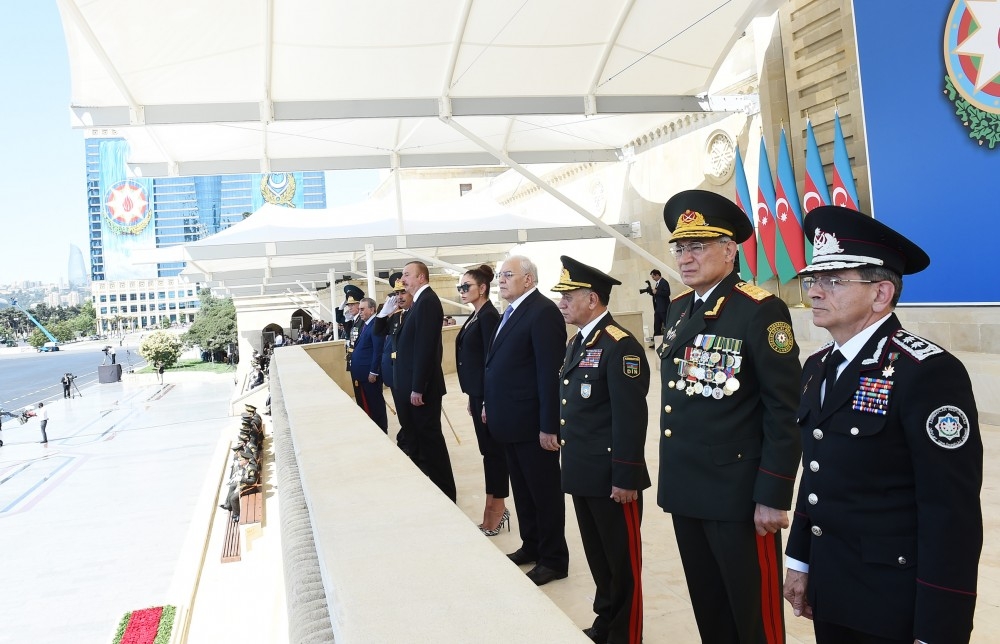 Officials in Azerbaijan have been lauding a “historic” military operation, demonstrating the “professionalism,” “heroism and courage,” and “fighting spirit” of their soldiers.

It remains unclear, however, exactly what sort of operation has taken place.

In late May, reports emerged that Azerbaijani forces had advanced within a no-man's-land between the Azerbaijani exclave of Nakhchivan and Armenia. They set up new positions on a number of mountaintops and hilltops which gave them a greater ability to target Armenia's main north-south highway. But Baku, rarely shy about trumpeting any sort of military advance, initially remained uncharacteristically reticent.

They are no longer reticent. The “Nakhchivan Operation,” or sometimes the “Günnüt Operation” (after a village in the contested area), has quickly entered the annals of Azerbaijani military glory. The Azerbaijan Ministry of Defense on June 20 released a 31-minute video devoted to it, and it has quickly become a staple of Baku's military rhetoric.

Azerbaijani officials have been talking about the Nakhchivan “operation” in the same terms as the territorial gains it won during the heavy 2016 fighting with Armenia along the line of contact in Nagorno-Karabakh, the territory disputed between the two sides. 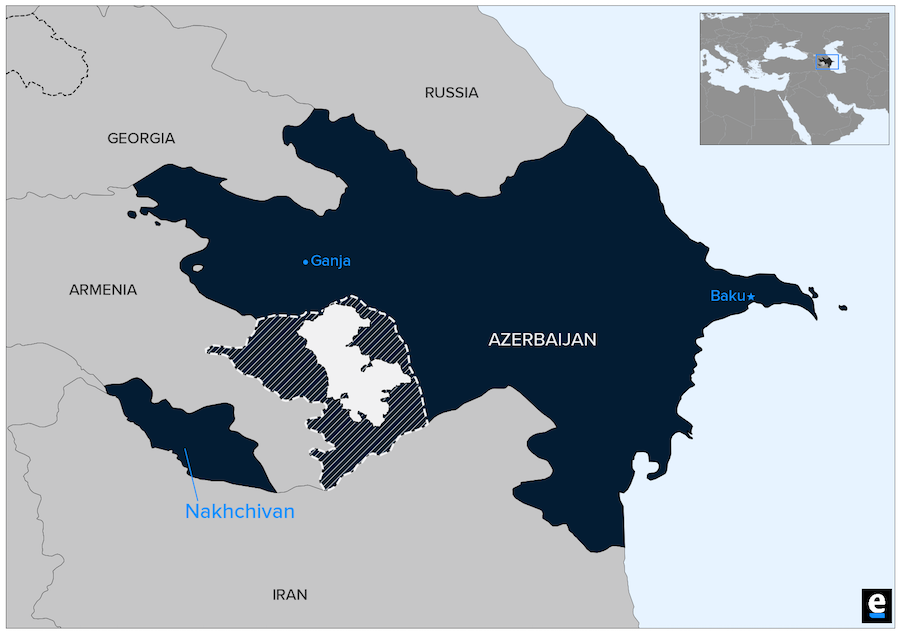 “The success achieved in Agdere, Fizuli and Jabrayil directions in April 2016, and also in May this year in Nakhchivan, became possible as a result of comprehensive reforms conducted thanks to the care and attention given by the supreme commander-in-chief of our army,” Defense Minister Zakir Hasanov said on June 22. “Both historical moments that I noted clearly demonstrate that the Azerbaijani army exceeds the Armenian army in terms of combat readiness, high fighting spirit, moral and psychological state and professionalism.”

While the details of the Azerbaijani advance remain unclear, the lofty rhetoric seems to be a significant exaggeration. Whatever new territory Azerbaijan controls militarily was never claimed by Armenia, and it's not clear if there was any fighting. Armenian Defense Ministry Spokesman Artsrun Oganesyan told TASS on May 20 that one Azerbaijani soldier was killed as he was taking part in “engineering works.”

“Azerbaijan’s armed forces conducted active engineering works at certain sections of the border with Armenia seeking to improve their positions,” Oganesyan said. “Invigoration of engineering works and other provocative actions entail shootouts and, as a consequence, human casualties.”

Azerbaijan claimed to have “liberated” 11,000 hectares in the operation, and published photos of what it said were former residents of Günnüt visiting their family members' graves for the first time since 1992.

In the face of the Azerbaijani PR offensive, Armenia has responded mockingly. “Why such modesty?” tweeted the spokesman for Armenia's Foreign Ministry, Tigran Balayan, to the territorial claims from Azerbaijan. “Go ahead and claim 110,000 hectares. There are those who can't wait to confirm and like.”

Armenian officials also released video on June 11 that they claimed showed Armenian military officers escorting the Azerbaijani villagers to the Günnüt cemetery in an effort to prove that Armenia still held the strategic high ground there.

Armenian Prime Minister Nikol Pashinyan has sought to downplay the advance. “In the strategic and tactical sense there have been no significant changes in Nakhchivan,” he said in a June 25 Facebook live video. “In fact, we have the same situation that we had several months ago.”

Some skeptical Azerbaijanis also saw the operation as more PR than military victory. “Even the liberation of a single hilltop is broadcast to the nation as a ‘great victory,' and the nation generally agrees,” wrote Shahin Rzaev, a Baku-based journalist, in an op-ed for the website JAM News. “It is possible that this is why the Azerbaijani media is making such a ruckus and creating euphoria over the establishment of control over a village which is hard to find even on a map.”