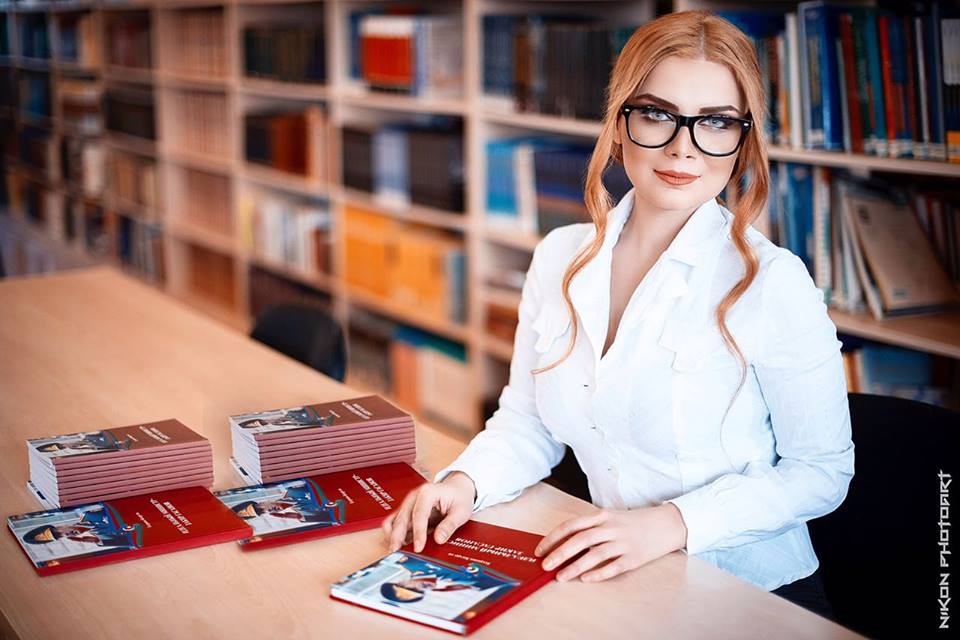 Tehrana Bahruzi, a soldier and model, in a promotional photo for her new book, “Zakir Hasanov: the Ideal Minister," about Azerbaijan's defense minister.

An elite trooper competing in beauty pageants and posing for risqué photoshoots is not something you see every day, especially in a Muslim country, but Tehrana Bahruzi, a member of Azerbaijan’s special forces, has made a career out of doing just that. Now she has also written a book about her career as a woman in Azerbaijan's military.

Tehrana Bahruzi has often landed in media spotlight as she grabbed the brass ring on both battle and beauty fronts. The athletically built commando has posed for a number of photoshoots, sporting both camouflage as well as more traditionally feminine outfits. In 2015, she even won a Vice Ms. Top of the World title; in the talent portion of the contest, she showed off her martial arts skills.

Most recently, Bahruzi has attracted attention for a more prosaic accomplishment: her book, “Zakir Hasanov: the Ideal Minister.” The volume, “a real account with fictionalized elements,” describes her path as a woman in the military service and panegyrizes her boss, the defense minister of her militarism and autocracy-prone country.

“Every person thinks of the lodestar that shines as a guiding light on his path. For me this light was Zakir Hasanov,” Bahruzi gushed in her comments to Sputnik. “He was the one to launch a female special force unit in the army of Azerbaijan… and now I just can’t imagine myself outside military service.”

Based on her comments, her book may have some interesting insights on what it is like for women to serve in the military in a country and region where conservative views on gender roles refuse to fade away. But don’t expect the book, meant as a birthday present for Hasanov, to look at the abuses in the army that happened on his watch.

Army bullying and hazing continue to scourge Azerbaijan, as well as its sworn enemy Armenia. Most combat deaths in the two countries are caused by chronic exchanges of fire between them, but Armenia and Azerbaijan also share a persistent problem of noncombat military deaths.

Bahruzi’s book instead focuses on Hasanov’s purported ability to inspire soldiers' devotion to their country, including in one impressionable “patriotic girl,” and his efforts to make military service accessible to women.

Azerbaijan has been indeed trying to step up female presence in the army, as has its next-door enemy, Armenia.

Azerbaijan takes pride in its Soviet-era history of women in service, which most prominently includes a World War II sniper Ziba Ganiyeva. Now Azerbaijan has a new cohort of female snipers, described as “Fragile but Fearless” in one news article.

Bringing more women into military service opens new avenues for women in the traditionalist societies of both Azerbaijan and Armenia, but women also are becoming more involved in a policy of militarism and constant brinkmanship between the two nations that remain locked in a fierce territorial dispute.

Attempts to question this – or any government policy for that matter – are harshly suppressed in Azerbaijan, while Bahruzi’s laudations for Azerbaijani military and its chief are freely available in hardcover. Her book, if anything, promotes unquestionable loyalty to the authority. Wherever she is, she will remain Hasanov’s loyal soldier, Bahruzi said.

But perhaps she can also inspire a more peaceful trend. Maybe everyone in this conflict-riven region would benefit if soldiers – male or female -- were to take a page from her book and do less war, more modeling.