Ali Hasanov was part of the old elite that has been systematically sidelined over the past two years in favor of officials associated with the president's wife. Amid the ongoing turmoil within Azerbaijan’s political elite, one of the biggest names to fall has been Ali Hasanov.

Long one of the Azerbaijani government’s most notorious officials for his vehement attacks against government critics, both domestic and abroad, he was dismissed on November 29. The two-sentence announcement of his firing by President Ilham Aliyev did not provide any explanation, but in an interview the same day with BBC Azeri, Hasanov said that he had been asking to be relieved of his duties for three years and that he will continue to be an “Aliyevist.”

What has happened since, however, suggests that Hasanov’s departure was far from amicable.

Hasanov was a longtime senior presidential adviser with special responsibility for the media; his most recent formal title was “assistant to the president for public and political issues.” He is a native of Nakhchivan, the Aliyev family’s ancestral home, and began his political career in 1994 as the head of the ideology department for the ruling New Azerbaijan Party when it was headed by Ilham’s father and predecessor, Heydar Aliyev. 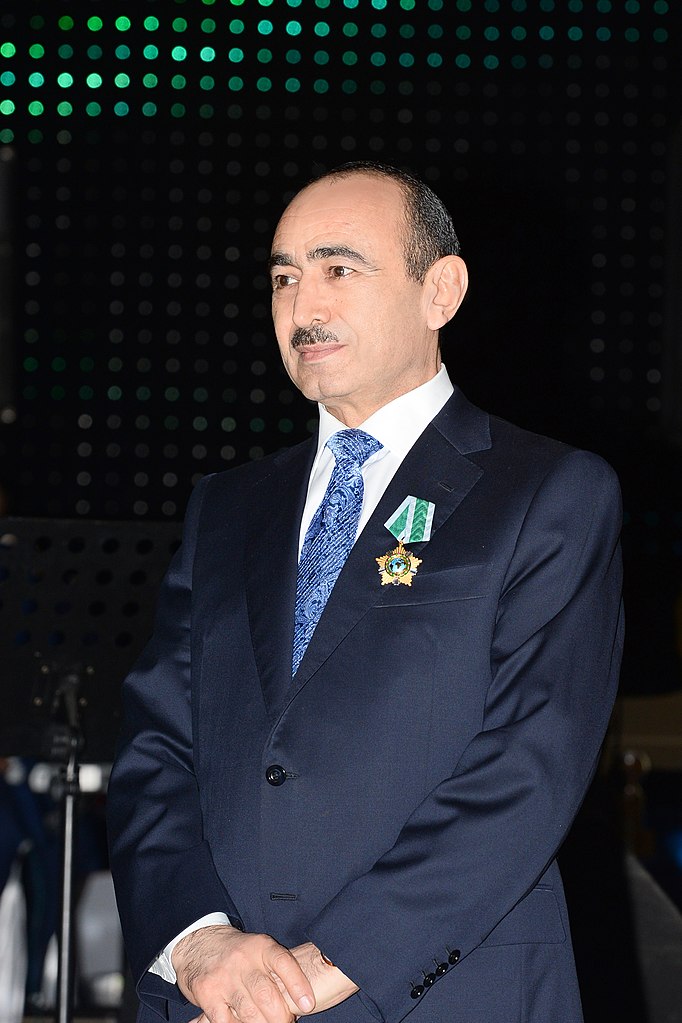 Hasanov was known for his nationalist-tinged vitriol against government opponents, which he labeled “anti-national elements” or “foreign anti-Azerbaijan forces.” One of his most common targets was Western-funded democracy promotion efforts, which “mislead some of our young people to act against the state, funded from various filthy sources which push them to act in an unhealthy, anti-national way,” he told a pro-government youth group in 2013.

In 2010, he went so far as to propose the adoption of a “national” ending for Azerbaijani surnames, like the Russian “-ov” or the Georgian “-adze.” He suggested “-az,” but it never caught on.

His main responsibility, though, was dealing with the press. “Journalists, public servants, and everyone involved in the field considers him a friend,” wrote the news site Azertaym in a feature on Hasanov, crediting him with “creating successful relationships between the state, media, and civil society.”

While developing media policy and frequently acting as a government spokesman, Hasanov and his family at the same time secretly built a small media empire of their own that benefited from the policies he enacted.

Hasanov also was widely believed to be behind the government’s use of internet trolls to attempt to discredit its opponents. “The order to attack is coming from Ali Hasanov and his group,” said Habib Muntezir, a member of the board of the Berlin-based Azerbaijani news network Meydan TV, in a 2019 interview. “I call the people who plan these attacks the presidential apparatus trolls.”

But he denied the allegations. “They claim that I am the head of the troll army, and if I leave the troll activity will stop,” he said in his exit interview with BBC Azeri. “This is false and slanderous. There is no army of trolls in Azerbaijan. There is simply the public supporting the president.”

Hasanov was part of the old elite, associated with Nakhchivan and Heydar Aliyev, that has been systematically sidelined over the past two years or so, in favor of younger, technocratic officials associated with Ilham Aliyev’s wife and first vice president, Mehriban Aliyeva, and her family. Hasanov was not known to have any disputes with Aliyeva and publicly praised her. But that still was not enough.

“The vast majority of those who have been removed from office are those who are not loyal to, or oppose, Mehriban Aliyeva,” said political analyst Arastun Orujlu in an interview with Eurasianet. But Orujlu said that Hasanov’s own growth as a businessman and his power over the media world could also have led to his being pushed aside.

At a cabinet meeting in October, Aliyev complained that “some who are in power” opposed the “reforms” that he said the government was carrying out. “They are criticizing the reform-minded people in the media,” Aliyev said, in what many interpreted as a reference to Hasanov, given his curation of the media-government relationship.

In any case, after his departure, Hasanov very quickly became the target of attacks and denunciations from his former government allies.

The state newspaper Respublika published a lengthy editorial at the end of December, headlined “Boomerang,” accusing the “treacherous” Hasanov of a litany of sins including corruption and mismanagement of the Azerbaijani media. In particular, the piece accused Hasanov of illegally privatizing the former state publishing house and creating a business empire that included not only media but private schools and universities as well.

Apparently seeing the writing on the wall, some of Hasanov’s former comrades had turned on him even before his firing. In November, a founder of the New Azerbaijan Party and a former government minister Ali Naghiyev accused Hasanov of corruption. Naghiyev said he helped a young Hasanov get his first positions in politics and the party. “And now, go look at Ali Hasanov’s garden, and then look at mine. And you’ll see which one is luxurious,” he said in an interview with the news site Demokrat.az. “I’m saying this because I want Ilham Aliyev to know that being surrounded by such disgraceful people will damage his reputation.”

And a month before his firing, a photo was leaked of Hasanov with Gurban Mammadov, one of the most notorious examples of a murky world of quasi-opposition bloggers who live abroad and criticize the government while also criticizing the country’s traditional opposition. Many connected Hasanov’s ties to the “Nakhchivan clan” and Mammadov’s especially vitriolic attacks against First Lady Aliyeva.

Hasanov responded with a statement that the two had been classmates at Moscow State University but ultimately fell out over Mammadov’s increasingly radical politics.

Hasanov declined Eurasianet’s request for an interview. “Honestly, I don’t want to respond to these things,” he said in a brief phone call. “Everybody is free to have their own opinion, I don’t want to start a debate over it.”

Breaking up the empire

Following his firing, several of Hasanov’s media outlets have been shut down or transferred to new owners. Just days after his ouster, the Electronic Security Service, part of the Ministry of Transport, Communications, and High Technology, issued an order that access be “limited” to several Hasanov-linked websites, including anews.az, publika.az, and aznews.az. The sites all still appear to be available, however.

Khazar TV, whose president had been Hasanov’s son Shamkhal Hasanli, has been handed over to a TV host, Murad Dadashov. Some of the other news websites that Hasanov reportedly used to run, such as Novosti.az, have stopped updating and there are local media reports that they have lost funding.

Another lawsuit has targeted a private high school registered under Hasanov’s wife’s name, accusing it of misappropriation of funds and tax evasion.

Hasanov’s former role of managing the government’s media policy has been transferred to Anar Alakbarov, a former director of the Heydar Aliyev Foundation, which is headed by Aliyeva, the first lady. “They want a reliable hand in charge of the political and media issues,” Orujlu said.