At its first session, the newly elected assembly introduced an entirely new leadership team, but the fealty to President Ilham Aliyev was as strong as ever. 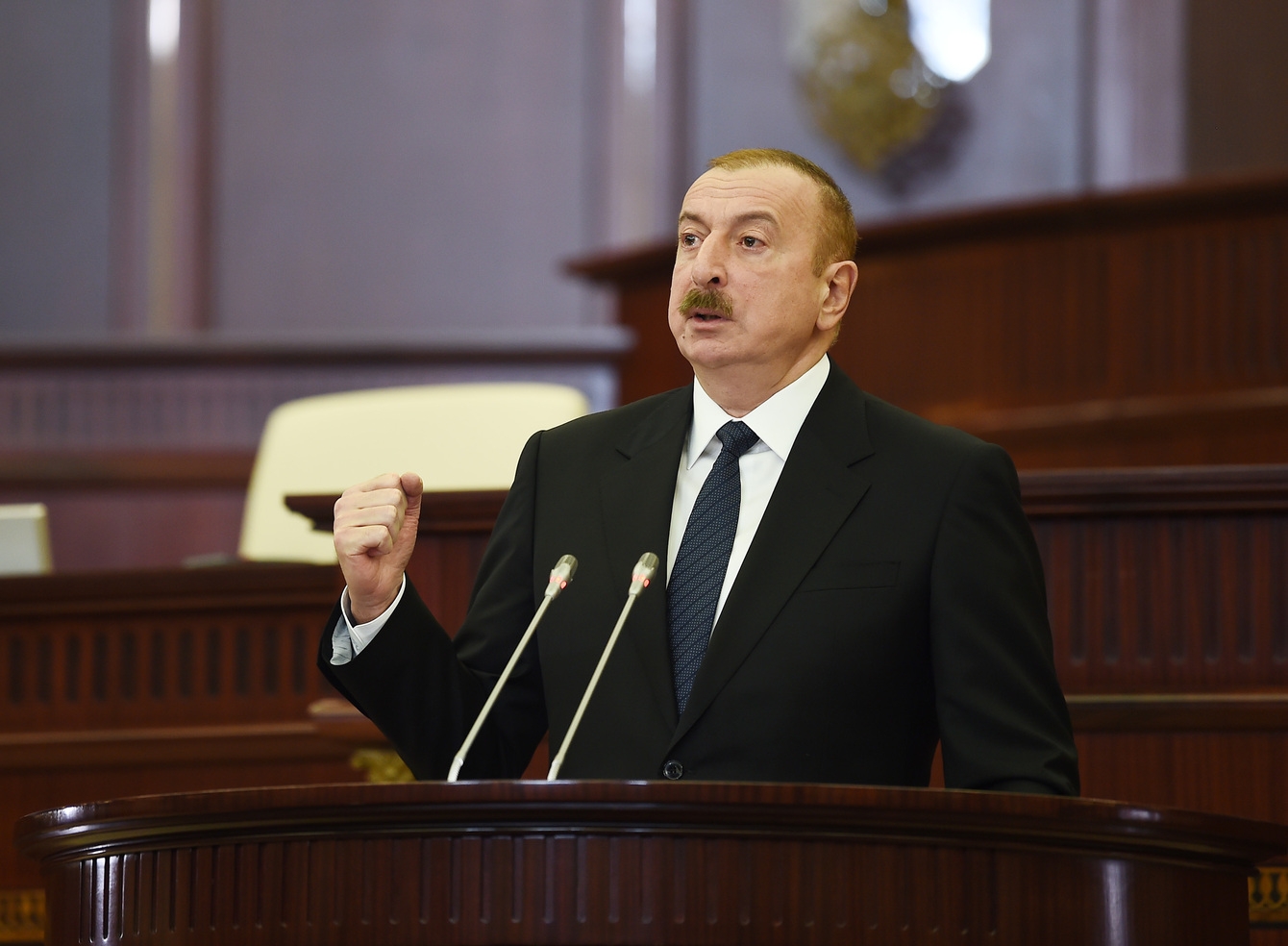 Azerbaijan’s new parliament has met for the first time, with a fresh look but little indication that it intends to depart from its old, rubber-stamp ways.

The sixth sitting of Azerbaijan’s parliament convened on March 10, following its election a month earlier. That vote, in spite of the government’s suggestion that it would involve some new faces in parliament, instead resulted in the reelection of a large portion of the old guard.

At the convocation, there was another attempt to present the parliament as something groundbreaking, with an entirely new leadership team rolled out.

The newly appointed speaker is a woman, Sahiba Gafarova, and a non-member of the ruling New Azerbaijan Party is one of the deputy speakers. In his address to the new parliament, President Ilham Aliyev suggested that the new makeup was “unprecedented” and “an important step in the development of democracy.”

Yet, nearly in the same breath, he took personal credit for naming the new leaders. And the parliament’s lack of independence was further underscored when, following a lengthy address by Aliyev laying out what he thought the body should be do in its upcoming term, Gafarova followed up with a shorter version of virtually the same speech, with encomia to Aliyev sprinkled in liberally.

“The example of Mr. President should stand before us in all spheres,” she said. “I am sure that we will accept the recommendations proposed in the speech of our respected president as a road map determining the main directions of our activity, and the elimination of the problems he identified will be one of our main goals.”

Analysts said that little should be expected of the parliament, in spite of its cosmetic makeover.

“The partial refresh of the parliament, and the complete change in its leadership, may lead to some technical changes,” analyst Togrul Juvarli told the news website Caucasian Knot. “Maybe the legal acts will be of a higher quality from the perspective of legislative technique, the work of parliament may become better organized. Maybe, within certain limits, parliament will be allowed to express opposition to ministers. But parliament is not going to become an independent institution.”

The new leadership is made up of “reactionaries, not reformers,” added Emin Huseynov, an opposition activist in exile in Switzerland.

“Sahiba Gafarova, as a member of Azerbaijan’s delegation to the Parliamentary Assembly of the Council of Europe, always justifies repressions and the existence of political prisoners in Azerbaijan,” he told Caucasian Knot. “Ali Huseynli was the architect of the campaign of repression against independent civil society organizations and western donors. Adil Aliyev is known for his harsh statements against government critics. Fazail Ibrahimli, presented as a member of the opposition, has not once in 20 years criticized the government for its violations of human rights,” Huseynov continued, referring to the new deputy speakers. “So you can’t call the new leadership of the parliament ‘reformers.’ The personnel changes are just the imitation of reforms.”

“Reform” has been the Azerbaijani government’s mantra for the past couple of years, though it has few concrete achievements to show for it. In his speech before the new parliament Aliyev reiterated the call.

“The essence of the new laws that you will pass will be the deepening of reforms,” he said.

The president offered few specifics on the nature of the reforms expected, but suggested that they had to do with increasing transparency in tax collection and customs revenues. He also suggested that reforms already carried out had led to a growth in Azerbaijan’s non-oil sector.

“Growth in the non-oil manufacturing sector is 21.7 percent,” Aliyev said. “That happened thanks to development of the non-oil sector in recent years, as there is no such growth in the oil sector, on the contrary, production is declining and prices completely collapsed yesterday, as well.”

Aliyev made no other mention of falling oil prices, which seem destined to cause significant problems for Azerbaijan’s economy, likely by forcing a devaluation of the currency and possibly budget cuts.

Aliyev also called on the lawmakers to pass a law on “fake news,” and to help Azerbaijan’s youth be inculcated with a “national spirit,” warning that there was a “new fifth column” forming with aid from outside the country’s borders.

At the same time, he said that citizens should be encouraged to complain about corrupt or tyrannical local officials who sometimes act like “bosses or khans who can do whatever they want, make people work like slaves and people have to put up with it,” he said.

“I am saying: report this, send letters. Today in the Presidential Administration there is a completely different situation. Before, these letters were being hidden from us. They were sent to those who had been complained about, and then the complainant was harassed. Today this is coming to an end. Yes, it will take time, but it is happening.”

Note: an earlier version of this article said that Gafarova was the first woman to be speaker of Azerbaijan's parliament. She is in fact the second.