After President Ilham Aliyev made a slip of the tongue on Azerbaijan’s vital national security issue, state media came to the rescue. 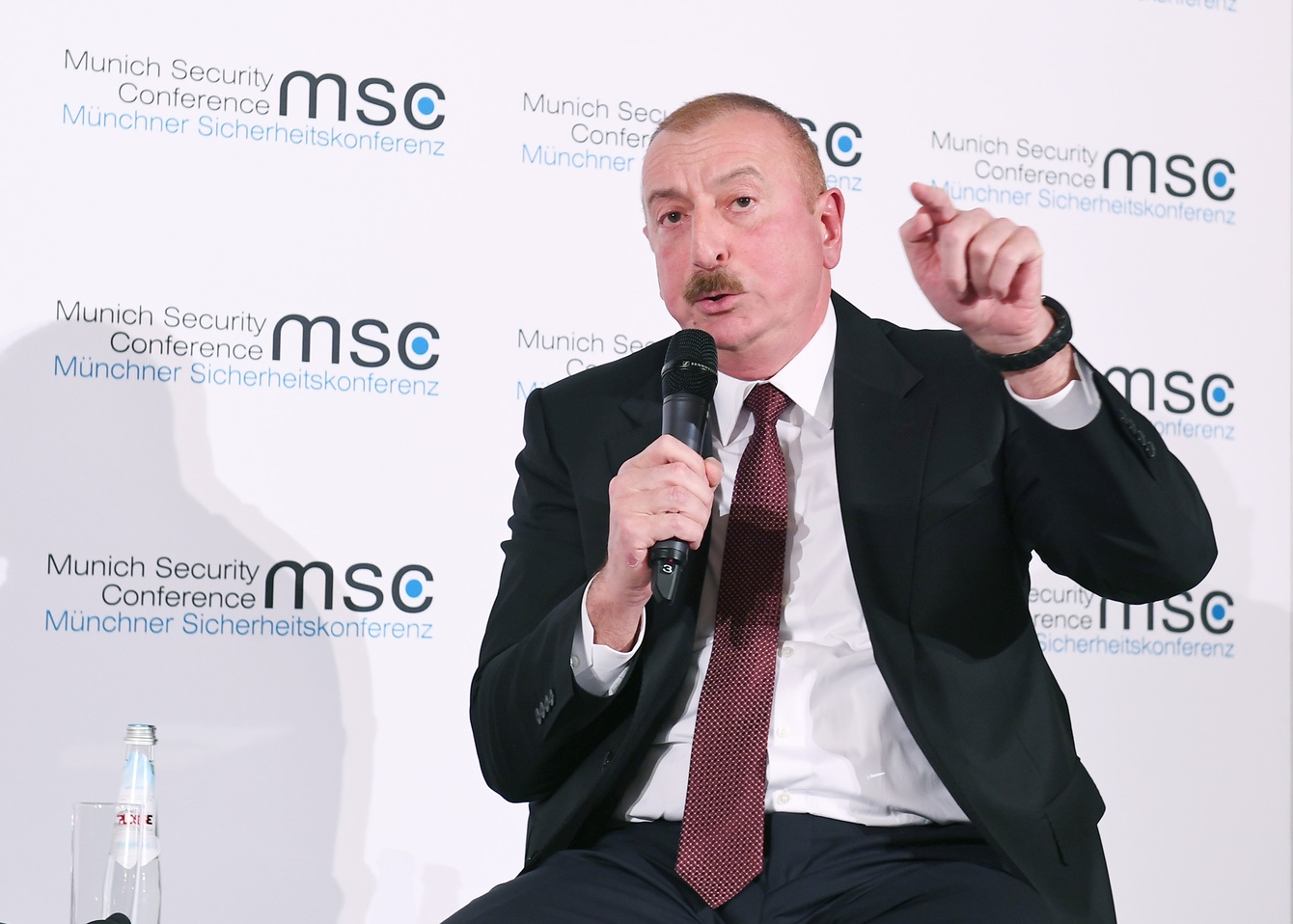 One of the perks of being an authoritarian ruler is that you never say anything wrong. Or rather, if you do there is an entire state apparatus ready to auto-correct you.

When Azerbaijan’s fourth-term president, Ilham Aliyev, made a slip of the tongue about his nation’s most vital security interest, the main state news agency simply edited the video recording to pretend that he had said nothing wrong.

Aliyev was in the middle of an unprecedented public debate with the leader of Azerbaijan’s enemy state, Armenia’s Prime Minister Nikol Pashinyan, when he said that “More than 10 countries recognize the independence of Nagorno-Karabakh.” In fact, not a single country recognizes Karabakh’s independence and Azerbaijan works very hard to make sure they don’t, portraying the self-declared Armenia-backed republic as a rogue entity ruled by criminal separatists.

The blunder was embarrassing not only because it was on such a fundamental issue – restoring its control over Karabakh, which it lost to Armenian forces in the early 1990s, is Azerbaijan's top strategic priority – but that it was made at the Munich Security Conference, the world’s largest security policy gathering.

Naturally, the slip was immediately picked up by the media in Armenia, whose top strategic priority is, in turn, preventing Azerbaijan from ever regaining control of Karabakh.

Fortunately for Aliyev, Azertag – the news agency and real-life Ministry of Truth – came to the rescue. The agency published what appears to be a doctored version of the original recording. In the altered version, Aliyev says what he originally meant to say: that more than 10 countries recognized as a “genocide” the massacre of Azerbaijani civilians in the town of Khojaly in 1992, at the height of the war between Armenians and Azerbaijanis over Karabakh. The corrected version of the remarks also was posted on Aliyev’s official website as well an accompanying video, dubbed into Azerbaijani.

The atrocities of that war have left a lingering bitterness and the threat of renewed hostilities is indeed a major security threat in the region. But the digital copy-editing of the all-powerful leader’s speech turned that moment in Munich into a commentary on the state of truth in Azerbaijan, whose government is notorious for jailing and harassing journalists and for smothering free speech.

The episode is also a throwback to Soviet era – Aliyev’s father was Azerbaijan’s boss before and after the collapse of the USSR – when figures like Leon Trotsky and Nikolai Yezhov would get erased out of images and official history after they fell out of favor with the government. The state apparatus also strove to improve and embroider the blunders for which General Secretary Leonid Brezhnev, Mr. Stagnation, had a particular propensity, like “Dear Imperialist Comrades…” or “the economy must be economic.”

The audio airbrushing was of a piece with the entire debate between Aliyev and Pashinyan, both of whom relied on dubious historical claims to erase the traces of the other’s presence in the region and bolster their current-day right to control Karabakh. In this context, the editing was just a more Orwellian version of more of the same.