Azerbaijan’s president calls on officials to rein in spending

Despite ambitions for Karabakh reconstruction, the government's overall construction budget has barely budged. 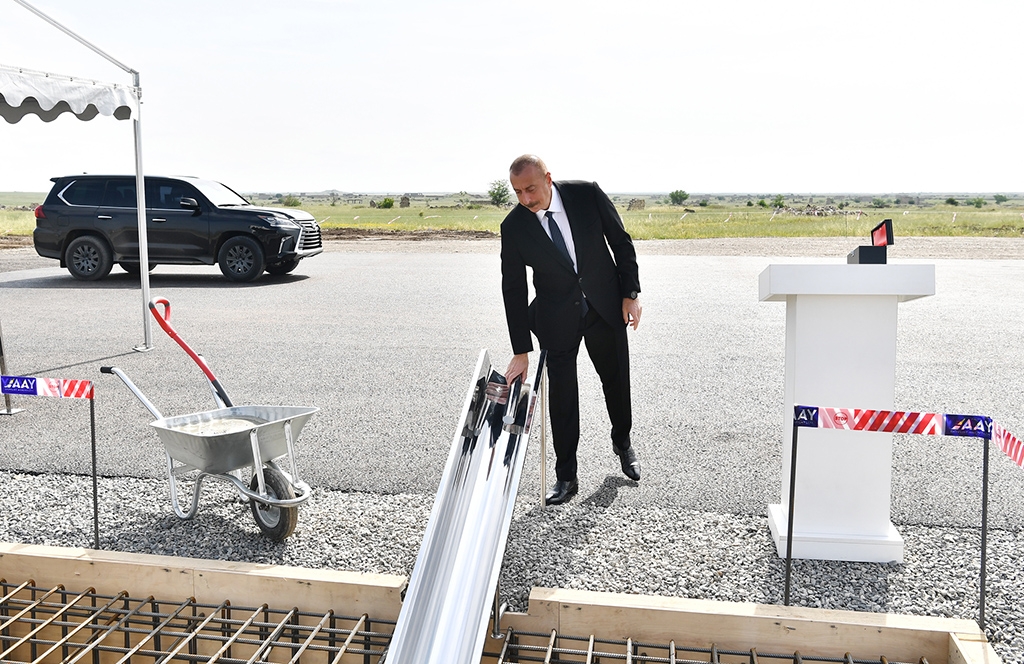 Azerbaijan’s President Ilham Aliyev has generated headlines by, yet again, calling attention to his government’s spending.

“The time of unchecked expenses is in the past, all state officials have to execute my instructions, so that we will save every manat,” Aliyev told state television during a visit to a gold mine in Dashkasan late last month.

He stressed that the state will no longer invest in projects “that are unneeded, do not generate gains, and are done only for aesthetics.”

Prioritization is a pressing need for Baku as it promises to reconstruct territories won back from Armenia during the war last fall. Azerbaijan has been hit hard by the coronavirus economic slump. Demand for its oil and gas exports, which account for about three-fourths of government revenues, fell sharply last year and GDP contracted 4.3 percent, according to the IMF. The government meanwhile spent billions propping up the manat.

In the same interview, Aliyev praised officials for managing a turnaround. Numbers from the first half of 2021 “show that Azerbaijan’s economy is already out of decline,” he said, adding that inflation – a persistent drag on Azerbaijan’s economy – is “within the acceptable range of 4.3 percent.”

This is not the first time since the war that Aliyev has warned against overspending. In February, also during an interview with state television, he accused several high-ranking officials of coming to him with ideas for “unnecessary” construction projects on lands retaken from Armenia. That month, when the chief of the Border Service wished to open a checkpoint in Shusha, Aliyev shot down the proposal as “laughable,” noting that there is no border near the city.

Yet Aliyev himself has eagerly promoted excess in the territories in and around Nagorno Karabakh, often appearing at groundbreaking ceremonies: a new mosque, a six-lane highway, a museum.

Extravagance also extends far beyond Karabakh. In January, the Central Bank awarded a 218-million-euro tender to a Turkish company to build a new headquarters. The plan was widely panned as squandering limited resources.

It seems waste, therefore, is in the eyes of the beholder.