Azerbaijan's president suggests coronavirus may require a crackdown on opposition

In his Nowruz address, Aliyev said that his political opponents were a “fifth column" trying to use the outbreak to “destroy Azerbaijan.” 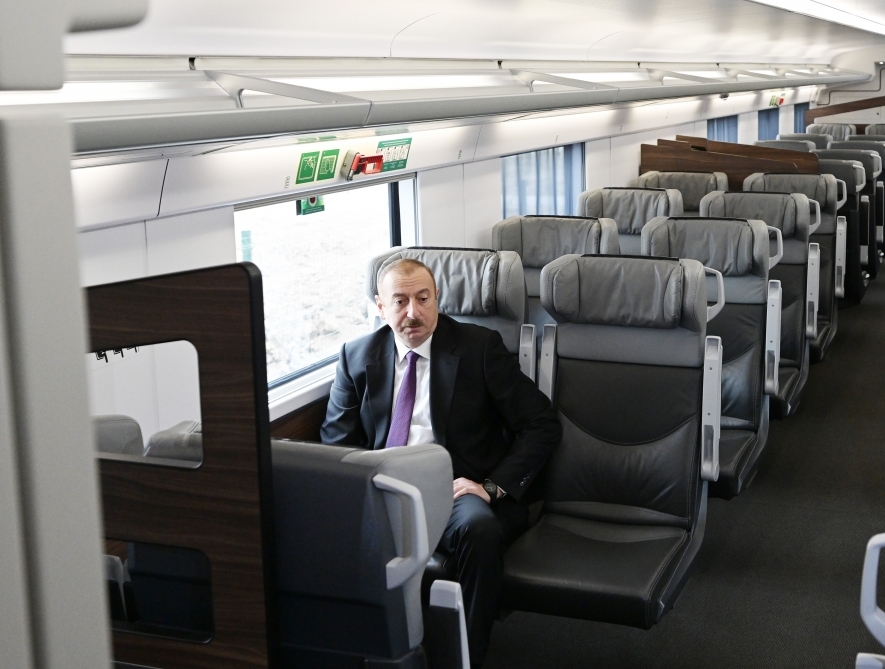 Azerbaijan’s president has suggested that the coronavirus outbreak may require a crackdown on the country’s political opposition.

President Ilham Aliyev, in his address to the nation for the Nowruz spring holiday, enumerated the country’s various economic, political, and diplomatic accomplishments - the usual. But in part of the speech he also took a strikingly darker tone, describing Azerbaijan’s response to the coronavirus and warning that while the government was acting decisively, there were “provocations” coming from a “fifth column.”

The entire long paragraph is worth quoting in its entirety for the extraordinarily open threat it makes:

"At the same time, we see open provocations. Where do these provocations come from? From the very fifth column, from the enemies who are among us, the elements calling themselves opposition, the traitors who receive money from abroad. Their main goal is to destroy Azerbaijan. The worse for Azerbaijan, the better for them. Look at their addresses on social networks, they are full of hatred and provocation. They seem to want riots to happen. They want turmoil. They want panic. And then they claim that they care about the Azerbaijani people. They are our enemies, and we must openly state this. It is not known what this disease will lead to. Therefore, during the existence of the disease, the rules of completely new relationships will apply. Let everyone know this. It is possible that a state of emergency may be declared at some point. In this case, the isolation of representatives of the fifth column will become a historical necessity. The Azerbaijani people have long thrown them into the dustbin of history, and they have been there for almost 30 years now. But we cannot allow the anti-Azerbaijani forces, the fifth column and national traitors to take advantage of this situation to commit various provocations. Let everyone know it. Our policy is unequivocal and we have a strong will. We, as always, are solving and will continue to solve the problems of the Azerbaijani people. The actions being taken by the Azerbaijani state in the current situation, during the coronavirus, once again testify that the health, safety and well-being of the Azerbaijani people are above everything else for us, and to achieve this we will take any step necessary. Let no-one doubt that."

Earlier in the speech, Aliyev had also referred to the “fifth column,” and had made it more explicit to whom he was referring: the opposition political parties that had boycotted the recent parliamentary elections, which he obliquely referred to as “rejecting dialogue.”

“As for the groups that rejected the dialogue proposal, they know better,” he said. “In any case, I have already said this but want to reiterate that we will not be the losing side and there will be no place for traitors and corrupt representatives of the fifth column in the new political configuration. Azerbaijan is cleaning up, as it should, from traitors and representatives of the fifth column.”

Azerbaijan has a long record of persecuting its political opposition, but over the last year or two there has been a notable softening and a small amount more space for the opposition and independent civil society groups to operate. But Aliyev’s broadside suggests that may be coming to an end.

The People’s Front Party of Azerbaijan was the leading opposition party that boycotted the election. The party’s head, Ali Karimli, has in fact been posting regularly on his Facebook page about the country’s response to the coronavirus outbreak, which he has described as lax. The day before Aliyev’s address, he had actually praised the government for “finally” setting up proper quarantine facilities in hotels; he said that the previous poor conditions suffered by quarantined patients was discouraging people from reporting their symptoms to doctors.

The reference to “money from abroad” may also refer to wealthy businessmen like Mubariz Mansimov, an Azerbaijani shipping magnate living in Turkey who was arrested this week on charges of belonging to the Fethullah Gülen organization. Mansimov has become increasingly critical of the Azerbaijani government in his social media postings.

The political opposition has been far from the only source of complaints about Azerbaijan’s response to the coronavirus. Pro-government media, too, has often been critical of the government response, which has tended to be a step behind other countries in the region.

“Against the backdrop of what restrictive measures [other] neighboring countries have taken, Baku’s position looks very strange, where they assure us that the situation is under control,” wrote the news website minval.az on February 23, when an outbreak in Iran caused all neighboring countries other than Azerbaijan to close their borders. “The troubling reports from Iran are causing a justified panic in Azerbaijani society.”

Georgia’s first case of COVID-19 was a man who had traveled from Iran via Azerbaijan; his illness wasn’t detected anywhere in Azerbaijan but was identified by Georgian border guards. Belarus’s first case, too, was someone who had just traveled from Azerbaijan. The country was also the last in the South Caucasus to set up a website informing citizens of the latest news about and recommendations on how to deal with the outbreak. The website was not operating on March 19.