They are protesting what they say were blasphemous remarks by police officers. 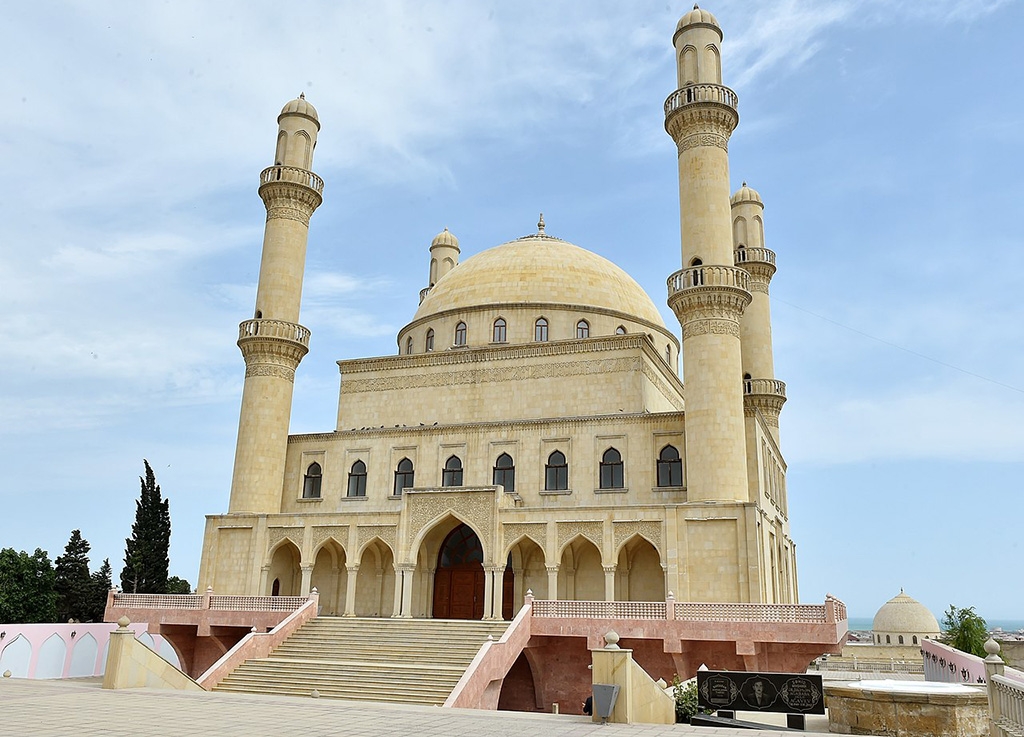 Azerbaijan’s most prominent religious political prisoner has started a hunger strike, with several other members of his group joining in. They are protesting what they describe as police abuse and blasphemy.

Taleh Baghirzada, the chairman of the religious opposition group Muslim Unity Movement, began the hunger strike on June 3, the Movement’s Facebook page announced. By June 20, his health had begun to deteriorate; he now speaks with difficulty and he has fainted, his lawyer reported.

In a letter from prison in Gobustan, where he is serving a 20-year sentence, Baghirzada demanded that police stop “cursing God while torturing citizens.”

That appeared to refer to two members of the movement who reported that police had beaten them while in custody on May 20.

“They pushed me onto the ground with my face down and started kicking me in the head,” one of the men, Suleyman Alakbarov, told news outlet Vetenugrunda.az. “Then they started jumping up and down on my back. They were swearing with the ugliest words. They were also cursing God,” he recalled.

In his letter, Baghirzada – who was convicted in 2017 on charges including plotting to overthrow the government – said he will not stop the hunger strike until every officer involved in the episode was punished.

Human rights advocates consider Baghirzada and other prisoners from the Muslim Unity Movement to be political prisoners. The NGO Union for the Freedom for Political Prisoners of Azerbaijan names 19 observant Muslims in its latest list of political prisoners, published on June 5. Most are members of the movement, though four are from another organization, the Azerbaijan Islam Party. Two are Shiite clerics arrested last year during a period of tension with Iran.

Alakbarov, along with the other alleged victims of the May 20 abuse, were detained while trying to attend the trial of another movement member, Razi Humbatov. Another member at the trial who also was detained told journalist Sevinj Osmangizi that he had been raped by police officers while in detention.

Humbatov, meanwhile, was convicted of drug trafficking and sentenced to six years in prison. The Muslim Unity Movement said in a statement that the charges were fabricated. “The Movement unequivocally condemns the policy dictated by [President] Ilham Aliyev, who is behind the repressive moves aimed at all kinds of rights and freedoms in the country,” it said.

Following Baghirzada’s announcement of his hunger strike, 11 more religious prisoners joined him in his protest. Most are members of the movement, rounded up in a 2015 raid in the village of Nardaran, a center of Shiite Islam in Azerbaijan.

The hunger strikers “were outraged by insults against God, as they say their religious beliefs and sacred values were targeted, more than they were by the torture,” Baghirzada’s lawyer Fakhraddin Mehdiyev told BBC Azerbaijani.

The authorities have denied the blasphemy claims. “The allegations are nothing more than a failed attempt to prevent the police from doing their duties,” the chief of the Interior Ministry press service Ehsan Zahidov said in a June 7 statement.

For years the government has been steadily increasing its control of Islamic practice in Azerbaijan. Religious activists have long been thought to pose a political threat potentially more serious than that of the secular opposition.

At the same time, the government continues to dabble in Islamic piety when it is politically convenient.

On June 9, India’s Ambassador to Baku was summoned to Azerbaijan’s foreign ministry over some remarks about the prophet Muhammad by an Indian official. “It was noted that the Islamophobic position shown by Indian officials affected the feelings of Muslims around the world, and the Indian ambassador was informed that Azerbaijan condemned this behavior,” the ministry said in a statement.

In the 2020 war victory over Armenia, this discourse was particularly notable, wrote historian Altay Goyushov. In its messaging to Muslim countries, Baku emphasized cases in which Armenians had kept pigs in mosques in Azerbaijani territories that they had captured in the first war between the two sides in the 1990s.

“For some time the authoritarian Azerbaijani regime – which by nature does not tolerate independent activity and aims to control and steer every kind of public conversation in the country – has been pursuing a policy to seize dominance in Islamic discourse from informal activists,” Goyushov wrote in 2021 for the Baku Research Institute. “The war provided a chance to weigh in more heavily in this discourse and capture dominance in religious rhetoric from informal Islamists.”