The race brings international attention to Azerbaijan. But for ordinary Bakuvians it offers mostly headaches. 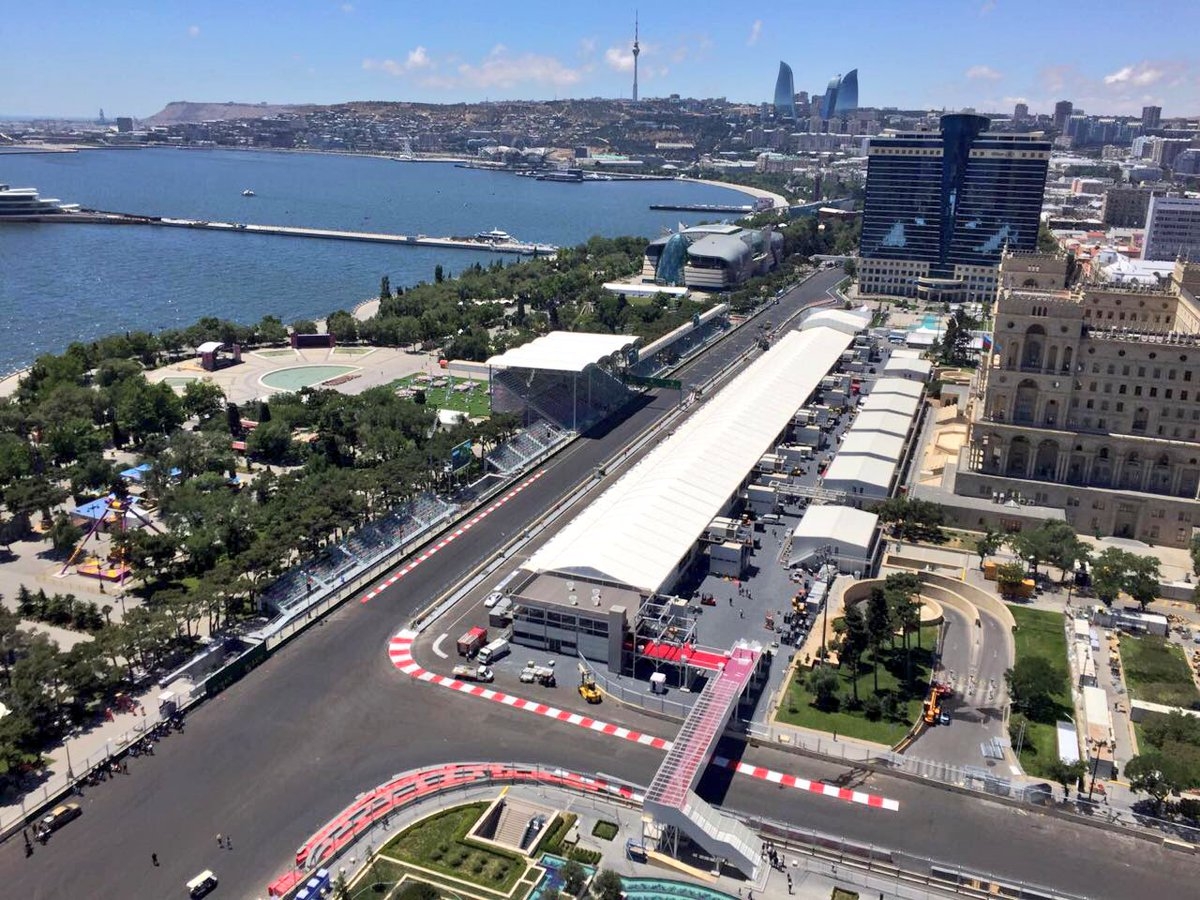 The official slogan of the Formula 1 Azerbaijan Grand Prix is “Ignite the City.” But many Baku residents are less than fired up about the race, believing that the international exposure it brings to the country isn’t worth the many inconveniences to locals.

This year’s race, to be held April 26-28, is the fourth iteration of the event. It’s part of a multi-pronged effort to attract international mega events to Baku, and by some measures it has been a success. The last two years, Baku has been chosen as the best race of the season by the official F1 fan community webpage. For one weekend a year, the eyes of racing’s vast global audience are on Baku and its glamorous façade.

Organizers are expecting 87 million people around the world to watch on TV or the internet this year. In person attendance has continued to rise, and organizers say that increased international ticket sales mean they will beat last year’s attendance record of 94,000. American pop star Cardi B will headline a concert on the last day of the event.

And thanks to a new contract between Formula 1 and Baku City Circuit, which runs the local race, it will repeat annually through at least 2023. “Azerbaijan provides a really excellent welcome to everyone in Formula 1 and the beautiful city of Baku is an amazing backdrop for the greatest motor racing show in the world,” Chase Carey, chairman and CEO of Formula 1, said at the February signing.

But for residents of Baku itself the race is, above all, a headache. Since February, workers have been lining the streets along the course with unsightly fencing and concrete barricades. For a week ahead of the race a large swath of central Baku, from Azneft Square to the Port Baku mall, is closed off as final preparations are made.

Gunel, who works at a bank branch near the edge of the race course, said that since the barriers were installed, her commute time with public transportation has doubled. “Many people have the same logic. They know that there is more traffic, so they try to take the bus or metro instead. The problem is, everyone is thinking the same way, and the system can’t handle everyone,” she said.

Goshgar, an Uber driver, said that the traffic restrictions make it more difficult to get to his passengers, resulting in fewer customers. “Overall, I probably make half the amount that I made before [the preparations],” he told Eurasianet.

Not everyone is put out. The owner of an Azerbaijani restaurant on Istiglaliyyat Street, which makes up the segment of the course on the edge of the UNESCO-protected old walled city, said that the barricades hide his storefront. But the increase in foot traffic more than makes up for it, said the owner, who asked to remain unnamed to avoid attracting the authorities’ attention. He gets “too much business” during the race itself, he said. “Overall, I’m happy that my country is part of this international event,” he said, adding that “maybe if I had a different type of a business, such as a clothing store, I would have a different opinion. These events affect everyone differently.”

Objection to the race has been mainly expressed online, but amid rumors that city officials had killed large numbers of stray dogs ahead of the event, demonstrators gathered on April 22 at the city administration building to protest. Protesters surrounded the entrance, demanding to meet with the mayor, but their requests went unanswered.

Public disillusionment with the race is exacerbated by its opaque finances. Baku City Circuit is headed by Arif Rahimov, the son of Azerbaijan’s Minister of Youth and Sports, Azad Rahimov. The contract details are not publicly available, but a report in the Russian newspaper Kommersant estimated that Azerbaijan is spending approximately $60 million on this year’s event.

A 2018 PricewaterhouseCoopers audit commissioned by Baku City Circuit indicates that more than $270 million has been added to the local economy as a result of the race, $164 million of which is “direct spend” or money spent by visitors and participants.

In a recent interview, President Ilham Aliyev touted the economic benefits. “Formula-1 events alone have created the conditions for about $300 million to directly enter our country and into its service sector. These competitions have an audience of half a billion people and, of course, bring huge benefits to Azerbaijan,” he told Real TV. He struck a defensive tone, though, apparently aware that critics call the event a white elephant. Formula 1 races “are held in 21 cities,” he said. “If these competitions were useless or led to economic losses, would they have been held in developed cities? Of course not!”

Many Bakuvians, however, are not convinced. Ismayil Tahirov, who works in a bank in the center of the city, said he is confident that the government spends more on the event than it makes. “If the government spent this much money on healthcare and education, we wouldn’t have half the problems that we have today. Hosting the event for another four or five years isn’t going to help either,” he said.

While some residents are excited, attending the race in person is not an option for most Azerbaijanis. The cheapest ticket, a one-day pass for 80 manats (about $47) is an extravagance in a country where the average monthly salary is estimated at 540 manats. Officials say that foreigners account for the majority of sales, with the largest number of tickets being sold to fans from Russia, the UK, and Monaco.

Bakuvians, meanwhile, are bracing for several more years of racing. “No one asked us if we wanted to extend” the contract, said Tahirov. “So I guess we’ll just enjoy it as much as we can.”

Austin Clayton is a writer based in Baku. Sign up for Eurasianet's free weekly newsletter.