Belarus Holding Off Russian Pressure On Air Base, But For How Long? 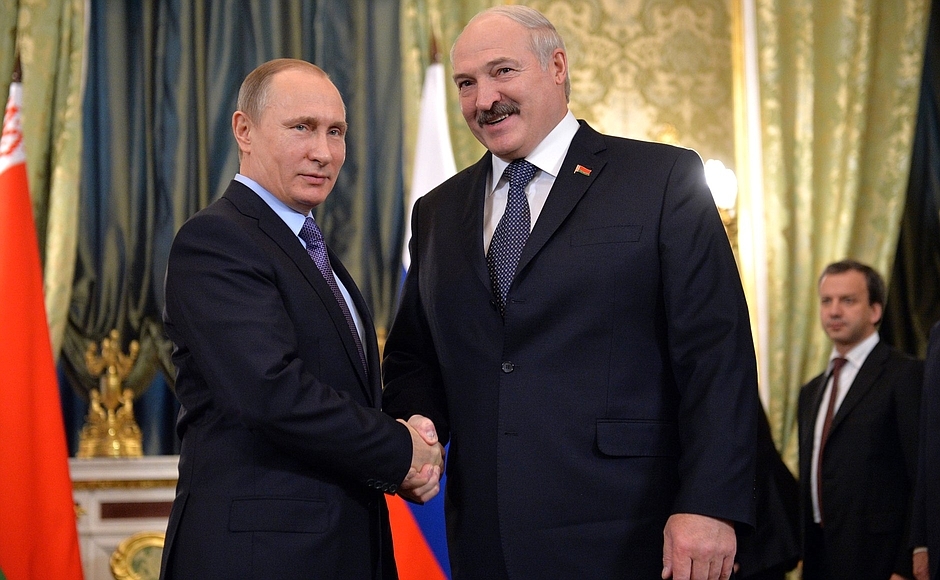 The prospect of a Russian air base in Belarus "will not be discussed," Belarus's defense minister has said, but regional analysts believe the issue is far from resolved.

Belarus-Russia relations have been a little strained lately, with one bone of contention being Russia's open desire to establish an air base on the territory its western neighbor, and Belarus's resistance. Russian officials have been talking about the base for two years, with regular statements met by conspicuous silence from Minsk. That changed in October when President Alexander Lukashenko, for the first time, said Belarus didn't need a Russian base, and furthermore denying that there had even been discussions to that effect.

Lukashenko was supposed to meet his Russian counterpart Vladimir Putin in November, but that meeting was abruptly canceled. The two finally got together in Moscow last week, but nothing was said publicly about the base. After the meeting, Putin only glancingly mentioned security issues: "We agreed to develop our military and military-technical cooperation to strengthen regional stability and security."

A few days later, Belarus's defense minister Andrei Ravkov was asked about the prospect of a Russian base. "Nothing has changed. The issue hasn't been discussed and won't be discussed, most likely," he said.

That statement wasn't as quite as categorical as Lukashenko's in October, and regional analysts say the issue is still open. "The question about deploying a Russian air base to Belarus is temporarily put off. Absolutely, the issue is in no way closed, it will hang in the air and can appear on the agenda at any moment," said Andrei Porotnikov, author of the Belarus Security Blog.

"I think Russia is waiting until the economic situation [in Belarus] deepens to an extreme degree, to present Lukashenko with a whole packet of demands and claims. That is, in the Kremlin they're waiting for a more favorable confluence of circumstances, when Minsk simply has nowhere else to go," Porotnikov added.

That opinion was backed up by Russian military analyst Vladislav Shurygin, in an interview with Deutsche Welle's Russian service, who said the question will ultimately come down to money. Lukashenko will "either have to go for a complete break [in relations], which is fraught with unpleasant consequences, or look for a compromise and articulate his economic conditions and preferences."

Russia is still pressuring Lukashenko behind the scenes, wrote another Belarusian analyst, Yuriy Tsarik, in the newspaper Belarus Segodnya. "It's understandable that the Belarusian position has not pleased and will not please Russia. Various criticisms of the Belarusian leadership have been voiced; some accuse it of 'betrayal' and call for it to become part of Russia. Some accuse it of shortsightedness, saying that 'you'll still have to choose.' And most importantly, the Russian side is continuing serious pressure, again and again raising the issue of establishing the base, in spite of the very clear statements from Minsk that it would be unacceptable," he wrote.

Tsarik noted that it was a victory for Belarus that the issue wasn't mentioned at the Putin-Lukashenko meeting, nor at the recent CSTO summit, but that the pressure will likely continue in 2017.