The surprise trip comes amid a period of geopolitical turmoil in the region, as Russia is getting set to annex several parts of Ukraine. 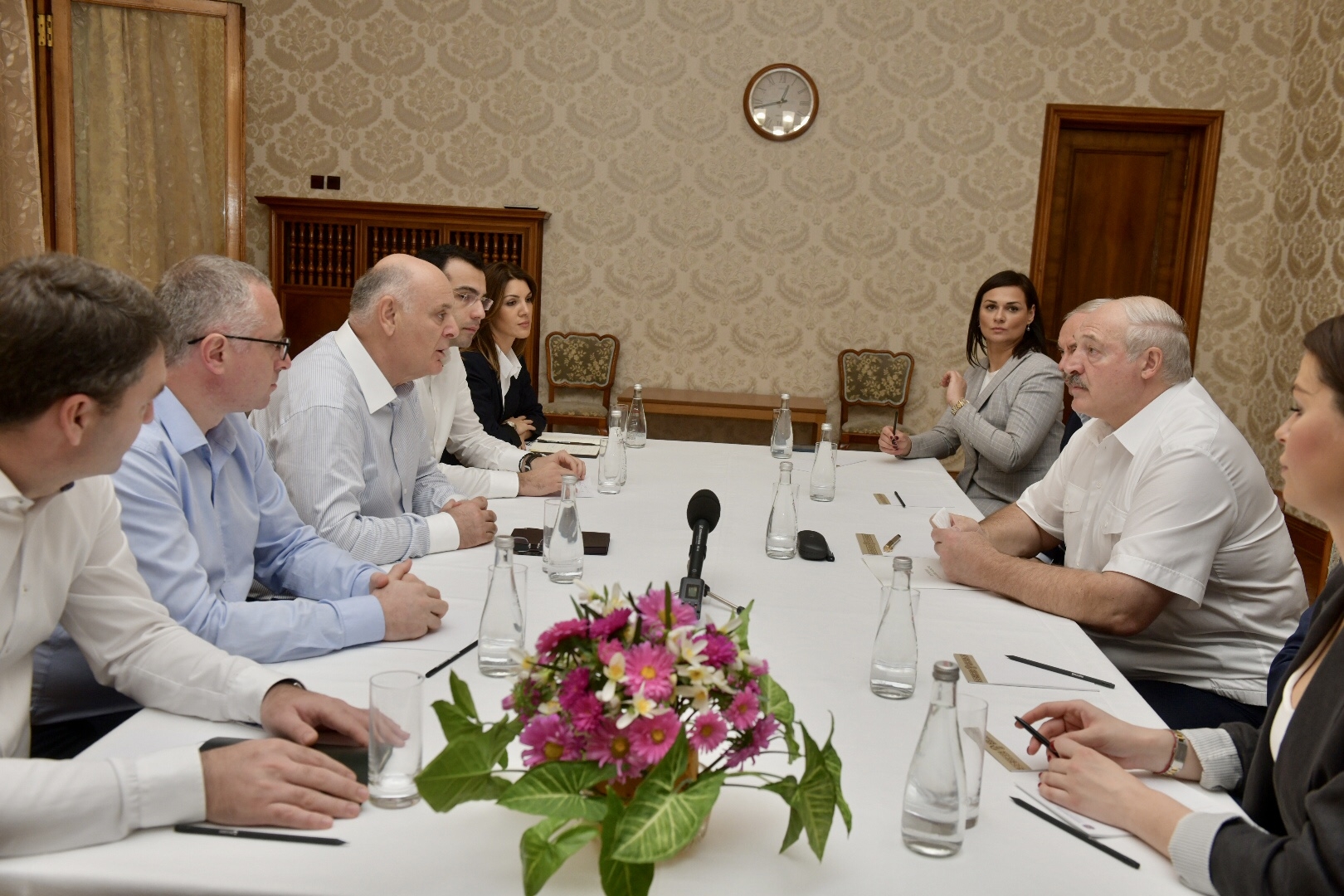 Lukashenko visited on September 28, meeting with de facto leader Aslan Bzhania and other senior officials. On his way to Abkhazia the Belarusian leader stopped in nearby Sochi, Russia, meeting with his Russian counterpart and ally Vladimir Putin. And in his public remarks in Sukhumi the Belarusian leader suggested that changes may be afoot in both Moscow and Minsk’s relations with Sukhumi.

“We want to build not just a bridge of friendship, but very serious relations,” Lukashenko told Bzhania, according to a readout from the latter’s office. “Russia is ready to lend a hand. Perhaps the time has come,” Lukashenko continued, without specifying precisely what he had in mind.

Bzhania hosted Lukashenko in the Pitsunda residence, a historic vacation complex that has recently become a flashpoint in Abkhazia-Russia relations amid public anger over a plan to hand the complex over to Russia.

Lukashenko called Abkhazia “sacred ground” as he recalled his previous trip to the territory as a Belarussian lawmaker when he was “25 or 27” and both Abkhazia and Belarus were still part of the Soviet Union. “We need to do everything like it was then, in the good old Soviet days,” Bzhania told him.

Abkhazia broke away from Georgia in a war in the 1990s and declared independence. Russia formally recognized it in 2008 but Belarus, despite its tight relations with Russia, has never followed suit. Keeping Minsk from formally recognizing Abkhazia, and its fellow breakaway territory South Ossetia, has been a priority in Georgia’s relations with Belarus.

Hours after Lukashenko’s visit became public, Georgia’s Ministry of Foreign Affairs summoned the Belarussian ambassador to Tbilisi. “The Georgian side expressed extreme concerns and asked for additional clarifications from the Belarussian side,” the ministry said in a statement.

Lukashenko’s remarks in Abkhazia were characteristically cryptic, but suggestive.

“More than ever, we have seen what the world has become,” he said. “They will not let us live in peace. So we must strengthen relations with our friends.”

Lukashenko said that he and Putin had held long discussions “into the night” the day before, and had come to the conclusion that “Abkhazia cannot be abandoned.” He did not specify who might be abandoning Abkhazia.

While the trip to Abkhazia marks a turning point, it is not the first time Lukashenko has signaled a potential policy change. In February, shortly ahead of Russia’s invasion of Ukraine, he did not rule out recognizing the independence of Abkhazia and South Ossetia, and Russia’s annexation of Crimea, if he understood the purpose and Putin told him “there is a need for it.”

Russia and Belarus are joined in a Union State, a supranational body that links the economic and security structures of the two countries. In late August, Bzhania publicly mooted the possibility that Abkhazia would join the Union State as well.

“I can only speculate that this [Lukashenko’s visit] is connected to the recent statement by Bzhania about the readiness of Abkhazia to join the Union State,” Olesya Vartanyan, Senior Analyst for the South Caucasus at the think tank Crisis Group, told Eurasianet. “This plan is impossible without Belarus recognizing Abkhazia and South Ossetia.”

But the idea of Abkhazia joining the Union State was not well-received by many in Abkhazia, where there is a keen sensitivity to perceived threats to the sovereignty of the territory. That includes such threats from Moscow, which heavily financially and militarily backs Abkhazia. Abkhazia forbids foreigners from owning property there, and Moscow has long tried to get Sukhumi to loosen those rules.

Several other issues also have cropped up recently in Abkhazia-Russia relations. Russia’s mass mobilization for the war in Ukraine has raised alarm that Abkhazians – many of whom hold Russian citizenship – could be subject to the draft.

“We are carefully following the events happening in the world. They worry every citizen of Abkhazia,” Bzhania said at his meeting with Lukashenko. “You probably know that our citizens are fighting today in Donbas. Some citizens of Abkhazia are unfortunately casualties.”

On September 27, Abkhazia’s de facto foreign minister Inal Ardzinba said that while there was no mobilization in Abkhazia, there were still many volunteers from the territory that were joining the fight in Ukraine.

Ardzinba was in Moscow to meet Russian Foreign Minister Sergey Lavrov, and the two sides signed a deal on dual citizenship. That could in theory make it easier for Russians to obtain Abkhazian citizenship, and thus the right to own property.