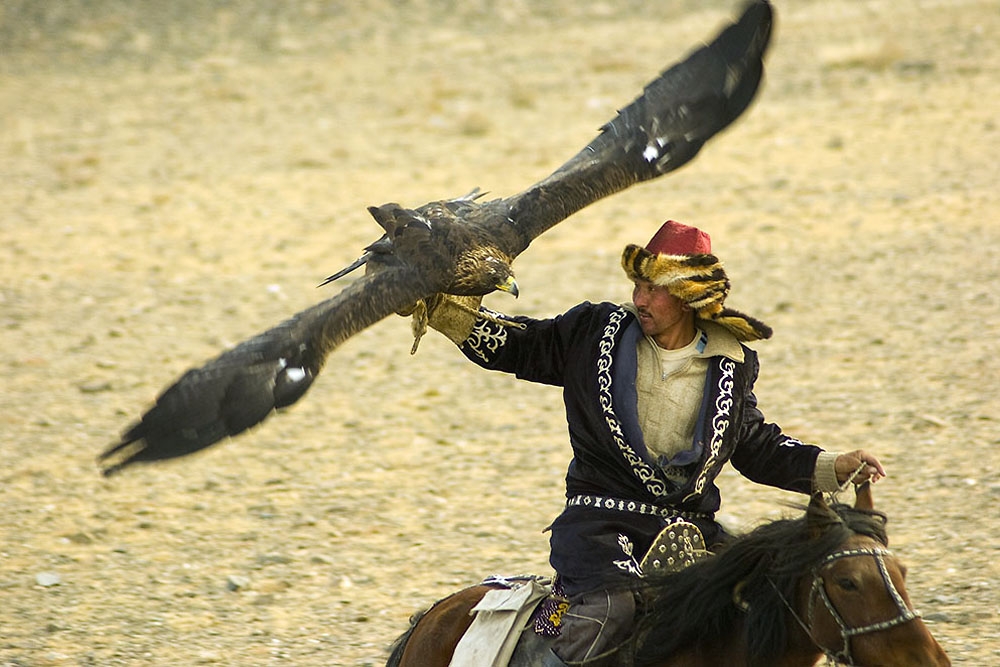 A golden eagle lands on its owner's arm during a competition at the Eagle Festival in Bayan Ulgii. 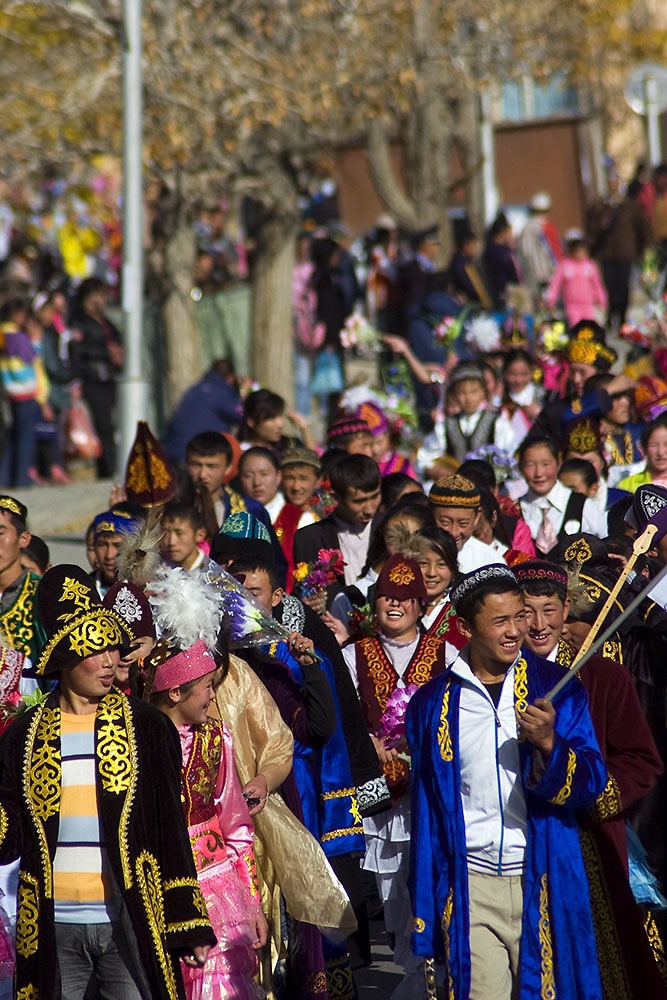 Kazakh schoolchildren from Ulgii city march in the opening parade of the festival. 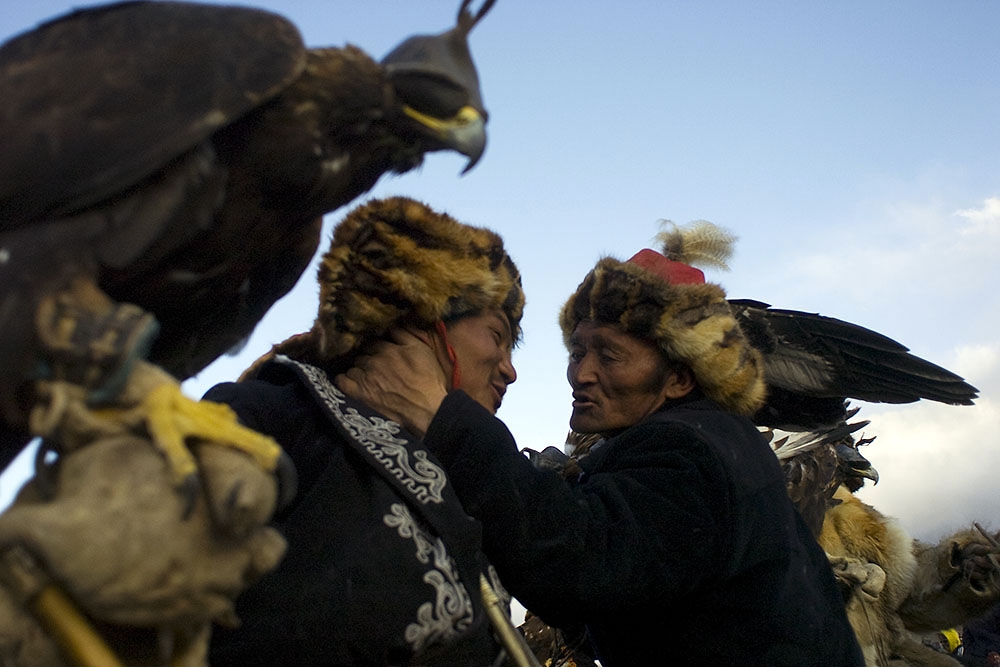 Hunters congratulate each other at the end of the festival. 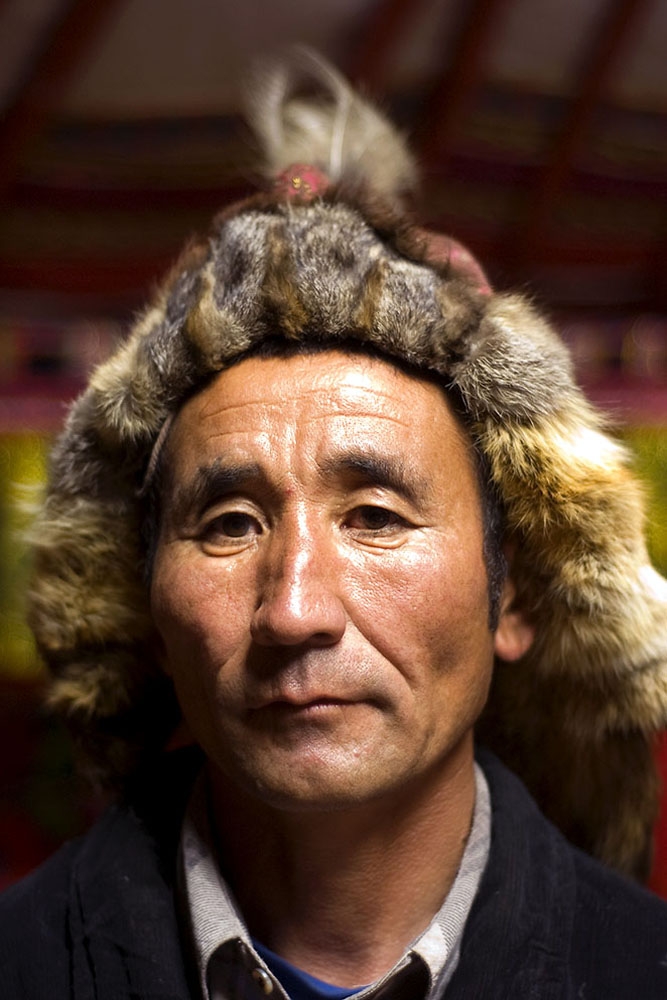 Bakhat, a self taught eagle hunter who has participated 10 times, wears a signature fox-fur hat. 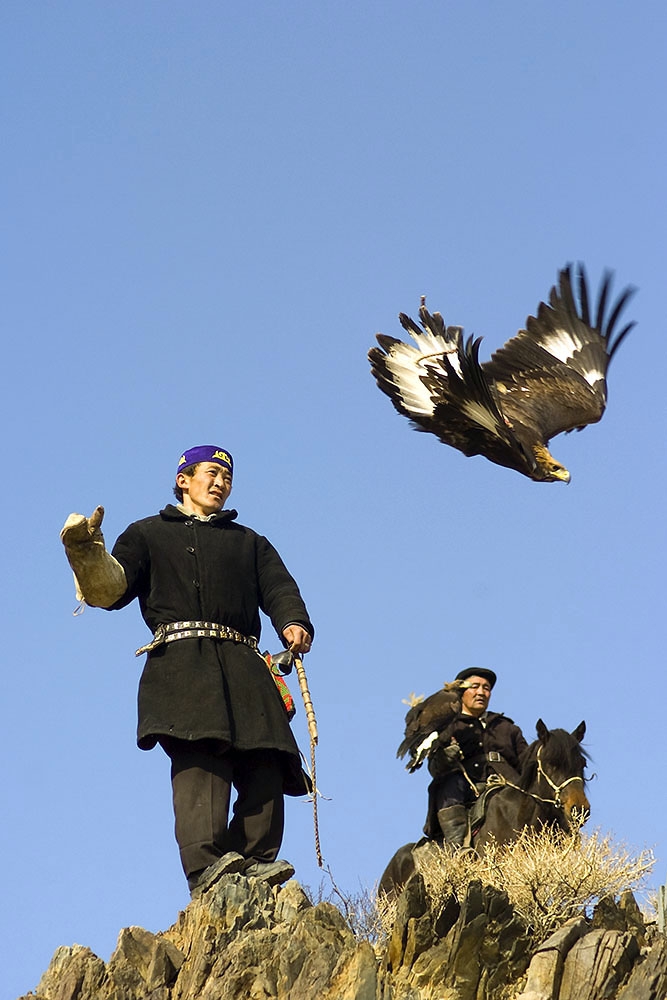 A hunter and his bird practice before the competition. 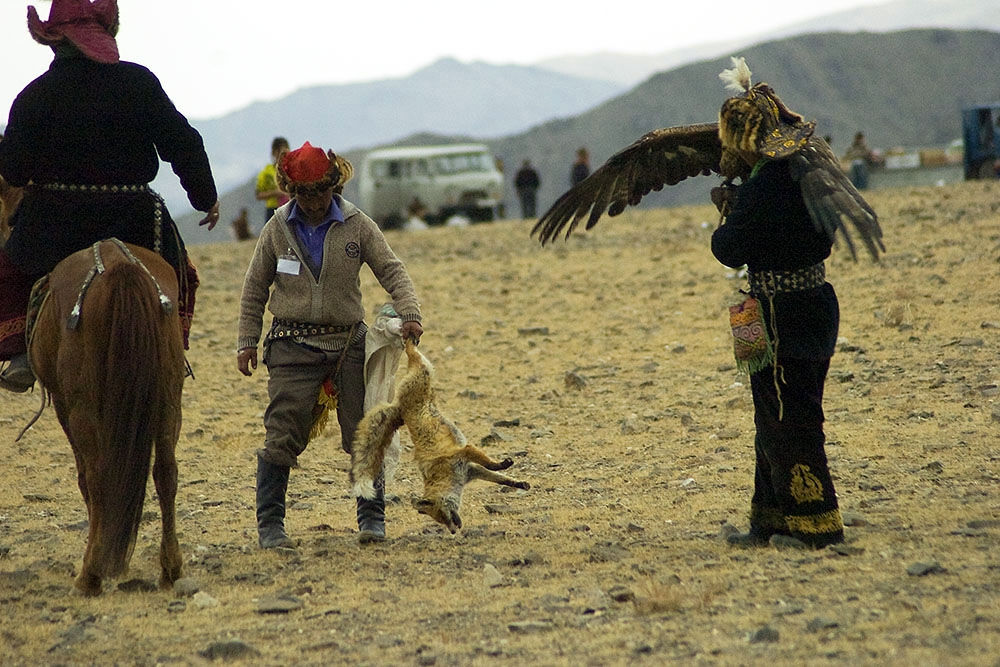 An event organizer holds up a fox after it was killed by a golden eagle. 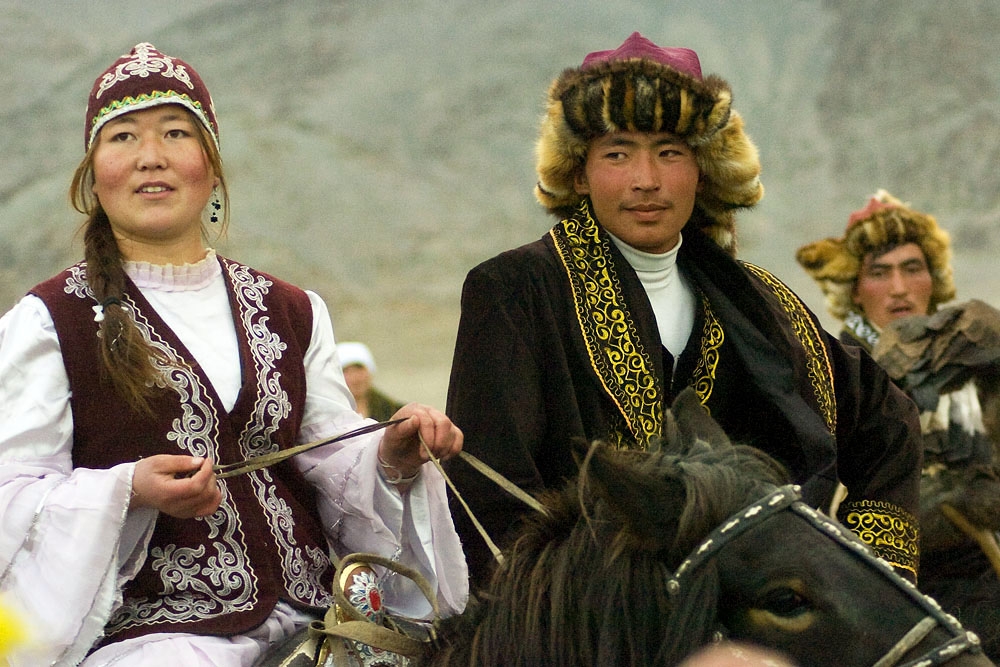 A young Kazakh woman and man look over the crowd after particpating in "Kaz kuar." 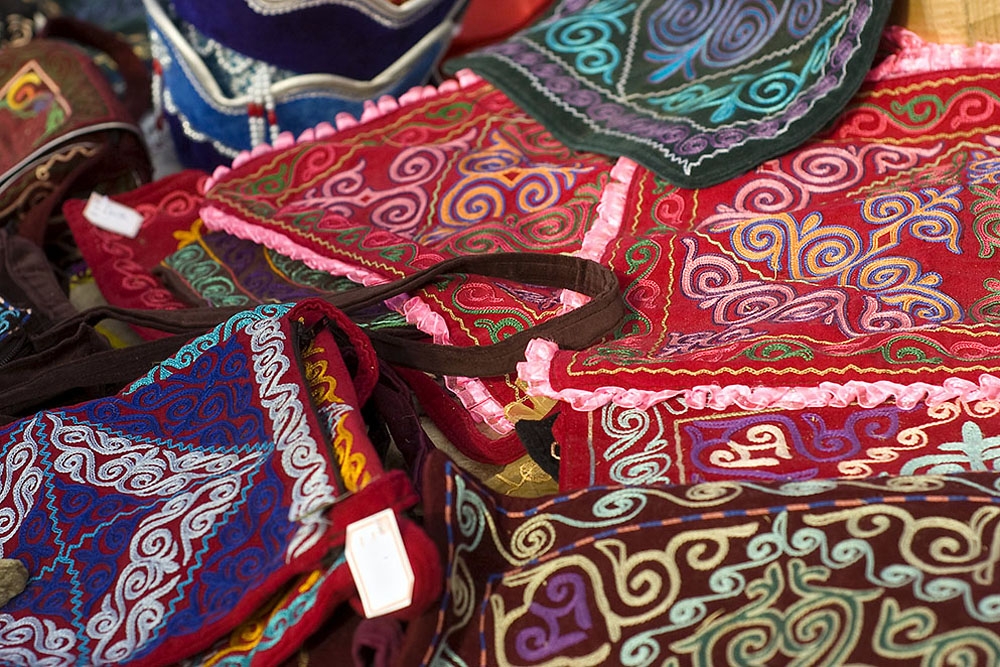 Kazakh embroidery is on sale at the festival. 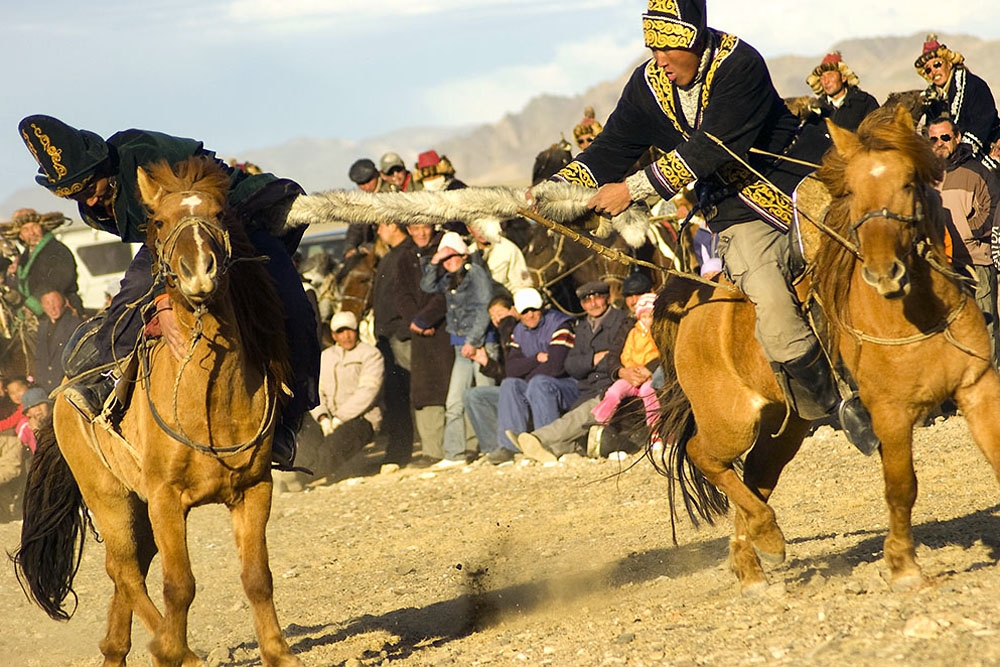 Kazakh men fight over a goat skin during "kokbar," a game of tug-of-war played on horseback. 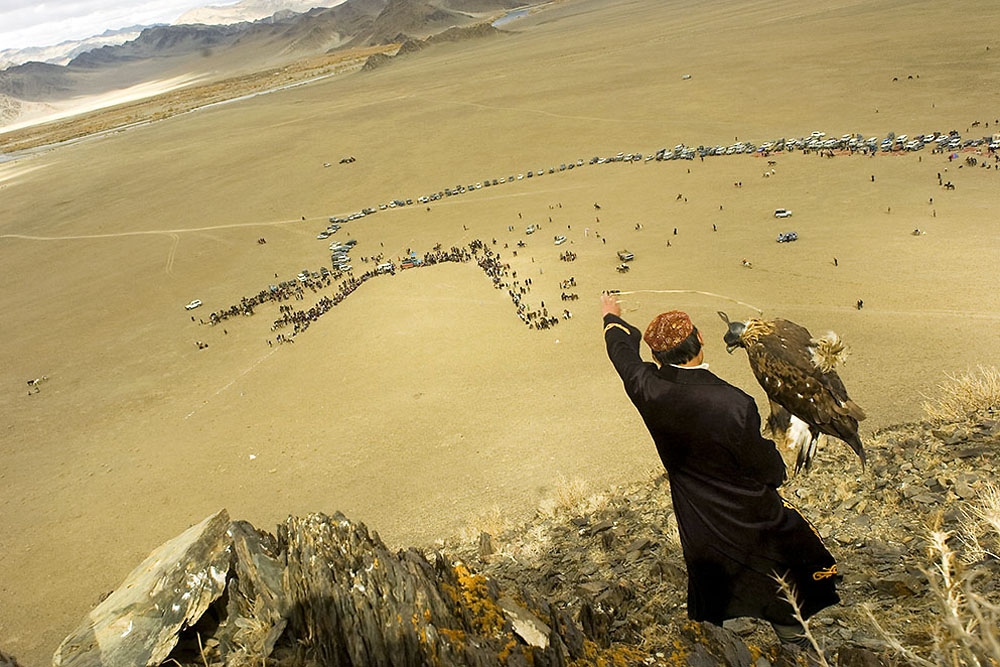 A young eagle hunter signals to the judges below. 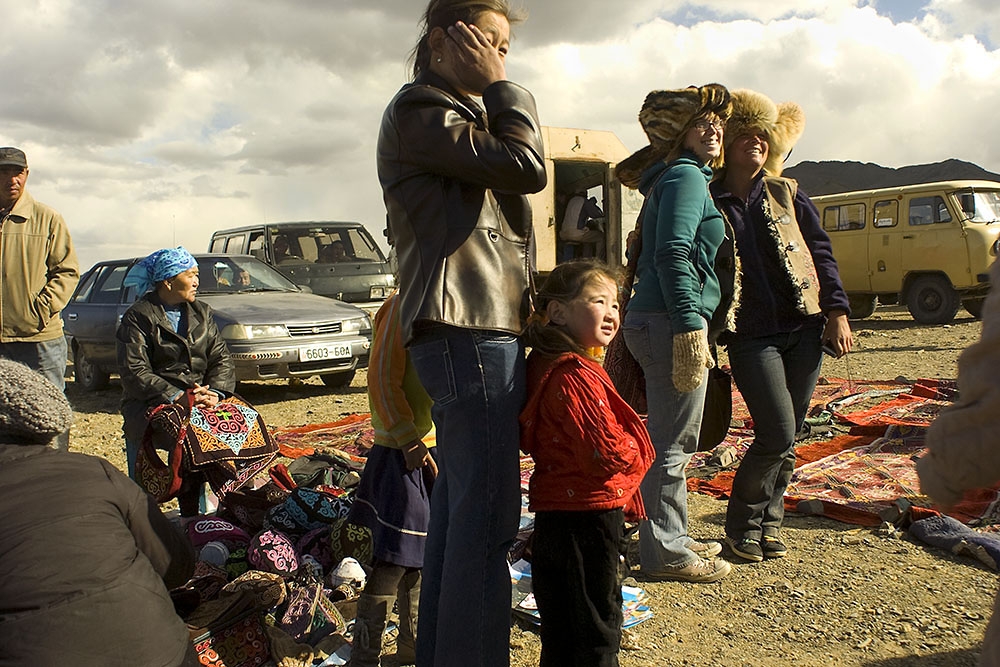 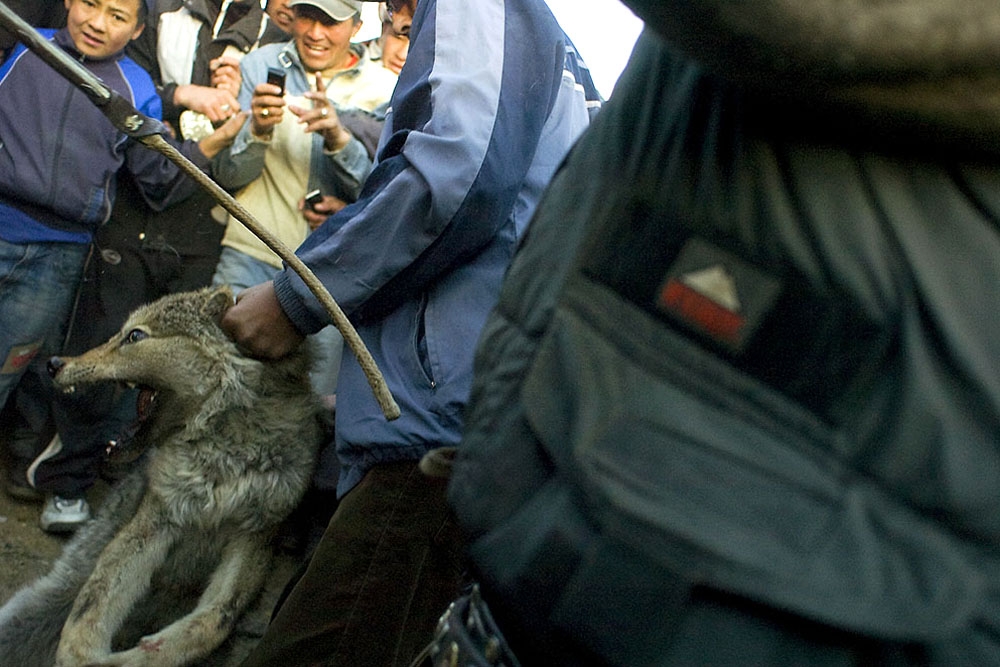 People crowd around a wolf after several golden eagles attacked it in the grand finale of the festival. 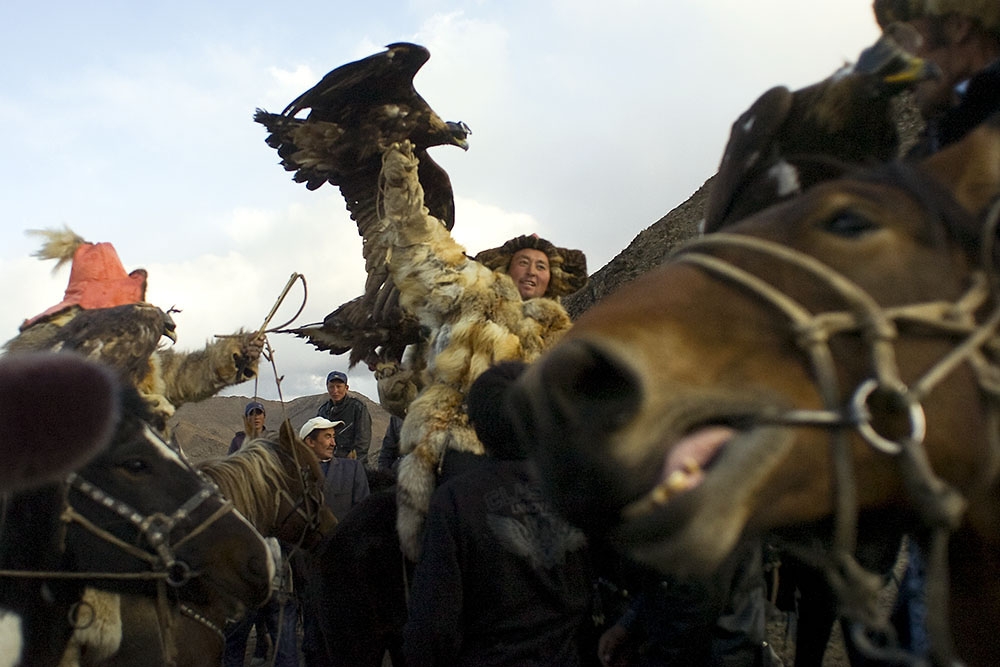 An owner holds up the first eagle to attack the wolf. 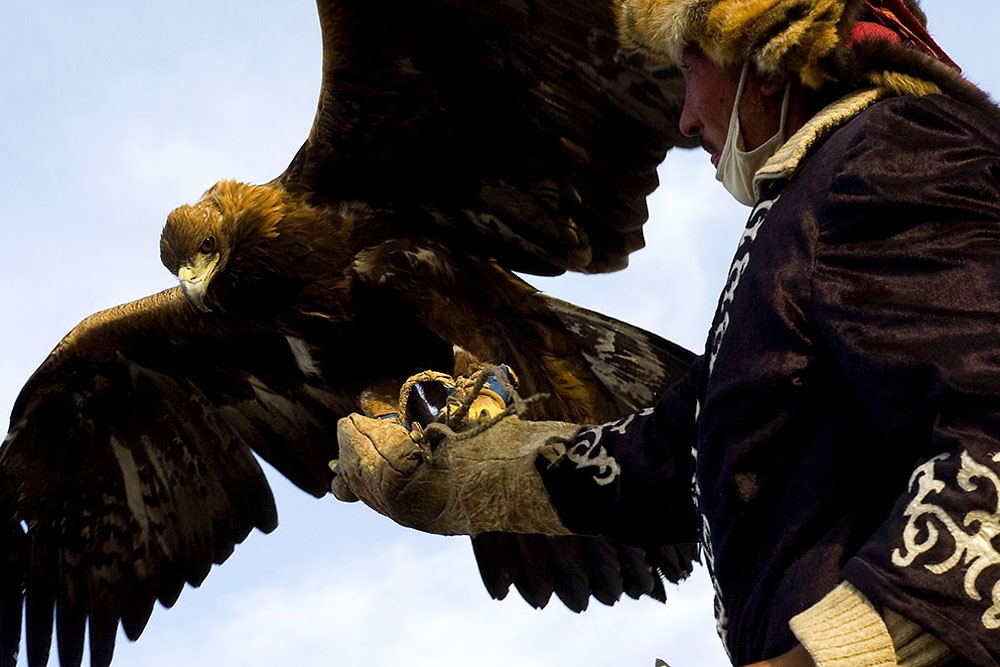 A Kazakh eagle hunter poses with his bird. 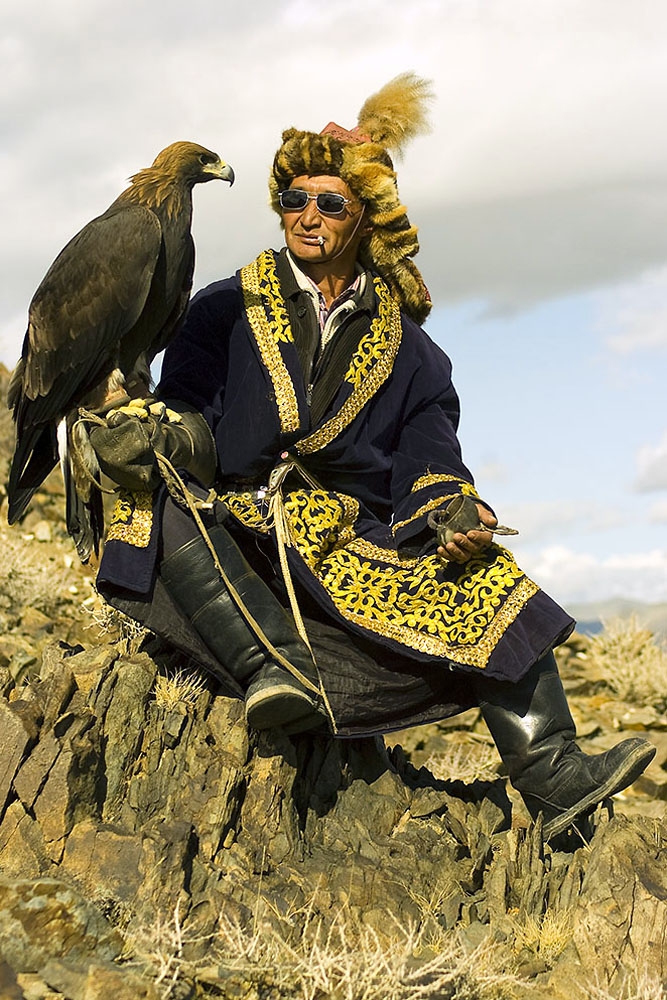 A hunter appeals to his eagle to fly while practicing for the competition.
prev
next

The Eagle Festival in Bayan Ulgii, Mongolia, is an opportunity for residents of the province, which is overwhelmingly Kazakh, to celebrate their distinct culture. The Kazakhs of western Mongolia are considered to have preserved these traditions better than Kazakhstan itself, and Bayan Ulgii can feel like a different country from the rest of Mongolia.

The birds are large and powerful, and can have wingspans of more than two meters (six feet). During the annual competition, eagle trainers on horseback hold a piece of meat as a lure and ride away from the eagles. Then the birds are released from a mountain side and fly several hundred meters to catch up with their owners and snatch the meat from their hands. The massive golden eagles also chase down live foxes and a captured wolf during the competition. Around 100 eagles and their trainers participated in the two-day festival.