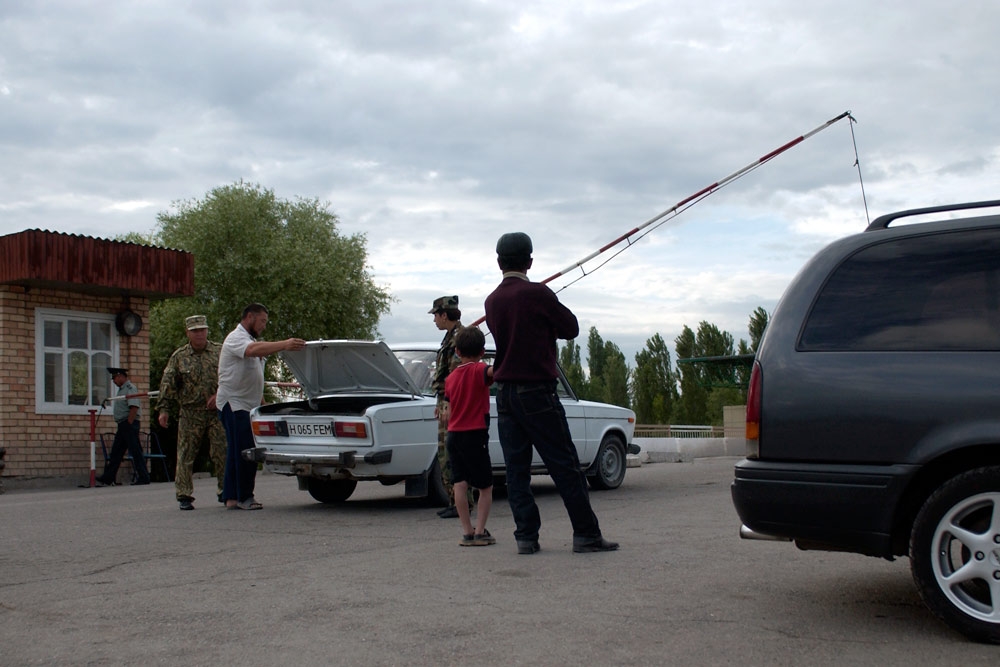 Kyrgyzstan is paying a severe economic price for its political instability. The Central Asian country is suffering from a de facto trade embargo, as neighboring states, including China, Kazakhstan and Uzbekistan, are keeping their respective borders closed.

“Neighboring countries are scared of the spread of revolutionary, free-thinking moods,” Temirbek Shabdanaliev, chairperson of the Association of Freight Carriers, told EurasiaNet.org. “I remember the upheaval of 2005 [during the so-called Tulip Revolution] when Kazakhstan’s mass media was intentionally showing the most terrible scenes of looting in Bishkek to intimidate the population [there].”

While Chinese, Kazakhstani and Uzbek leaders are primarily intent on preserving the social and political status quo in their respective states, their actions concerning the Kyrgyz border are having devastating trade repercussions. “Kyrgyzstan cannot live [long] in economic isolation. The negative economic situation will also have an adverse effect on the situation in society,” said Temir Sariev, a leading figure in the provisional government, said in comments distributed by Russia’s Interfax news agency on April 29.

Kyrgyzstan’s agriculture sector is heavily dependent on imported supplies from China, produce from Uzbekistan, and petrol from Russia via Kazakhstan. Moreover, many agricultural products grown in Kyrgyzstan are exported. Thus, the closed borders could mean a disastrous harvest later this year.

Almazbek Atambayev, another top official in the Kyrgyz provisional government, has repeatedly pled with Kazakh Prime Minister Karim Masimov and others to open the frontier, local newspapers have reported. But two weeks since Atambayev first traveled to Astana, the border remains shut and the situation threatens to derail the new government’s hopes for a fast-paced economic recovery.

Entrepreneurs in Bishkek are especially distraught over the border closure with Kazakhstan, perhaps Kyrgyzstan’s most important trading partner. Some Kazakhstani media outlets have reported that authorities in Astana are keeping the border closed because of a supposed glut of weapons floating around in Kyrgyzstan.

Bishkek Business Club Director Uluk Kydyrbaev put forth an alternative reason for why Kazakhstani authorities are waiting to reopen the border, which has been closed to virtually all traffic since April 7. In Kydyrbaev’s view, the closed border serves as leverage.

Provisional leaders in Kyrgyzstan have promised to return state assets that former president Bakiyev may have illegally sold or otherwise distributed, among them some properties now held by Kazakh businessmen, Kydyrbaev explained. Kazakhs fear their investments could be nationalized or seized in the looming round of restitution and score settling. “Kazakh businesses have invested a lot in Kyrgyzstan,” he said.

“Kazakhstan is waiting for some guarantees from the Kyrgyz provisional government against pre-upheaval claims for the restitution of illegally sold state assets,” Kydyrbaev said.

Meanwhile, the Kyrgyz economy is projected to shrink in the second quarter, after showing promising signs of growth in the first. “The main reasons for the decline are closed borders, the looting of SMEs [small and medium enterprises] by marauders, general downtrends in trade and production, and instability,” Nasirdin Shamshiev, a macroeconomic analyst at the Ministry of Economic Regulation, told EurasiaNet.org.

The deterioration of the economy could spark further unrest, many caution. Saparbek Asanov, president of the Kyrgyz Light Industry Association, Legprom, is among those who are concerned that a serious decline in trade could “further economic and social tensions in the country.”

For example, textiles employ 158,000 people, Asanov said. But “due to the April unrest, we have lost almost all bulk buyers from Kazakhstan and other Central Asian countries. Many workers are on mandatory and unpaid indefinite leave,” he said.

Many small businesses are also suffering, beyond those that suffered damaged during the April 7-8 looting. [For background, see EurasiaNet archive].

One market trader lamented that she is dependent on buyers from Kazakhstan. Zhyldyz Dolonova, a 53-years-old single mother of five working at Bishkek’s central Osh Bazaar, said she is facing financial ruin due to trade troubles. “A lion’s share of buyers of our products used to come from Kazakhstan. Everyday, I take huge losses in addition to my tax liability. Now, what shall I do to make a living for my family?” she asked.

Though prices for food and essentials have only slightly risen so far, if neighboring states keep their borders closed, a sense of alarm could spread inside Kyrgyzstan. A representative of the State Agency for Anti-Monopoly Regulation, speaking on condition of anonymity, expressed concern about panic buying and price gouging in the not too distant future.

Ulan Temirov is the pseudonym for a Kyrgyz journalist.