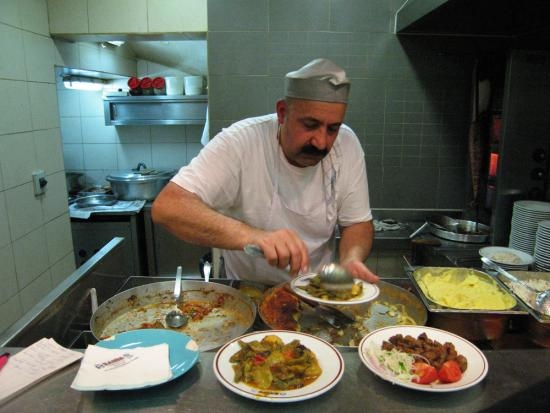 A server ladles out food at Sahin, a typical worker's canteen in Istanbul. 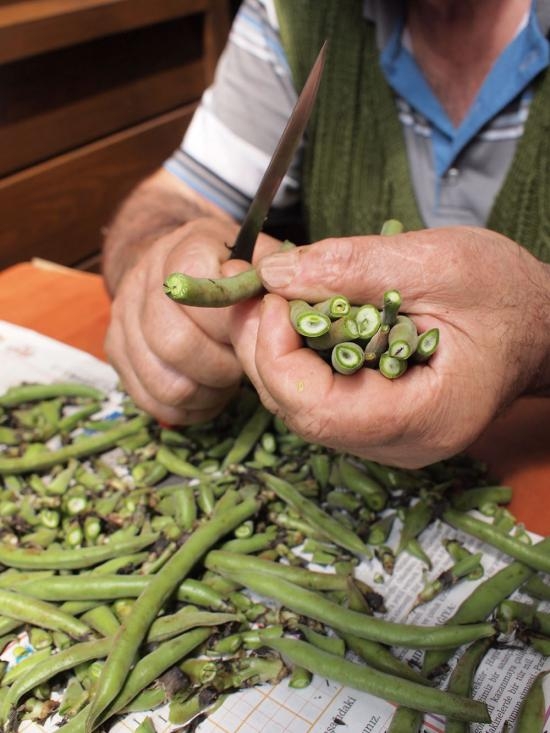 One of the cooks at Refik, a traditional Istanbul meyhane (tavern), cuts up green beans. 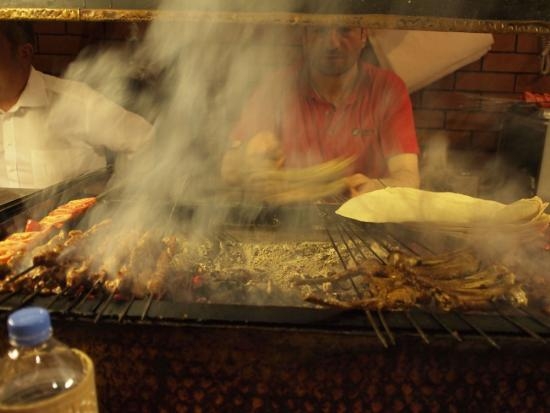 The grill master at Zubeyir, an Istanbul kebab house, in action. 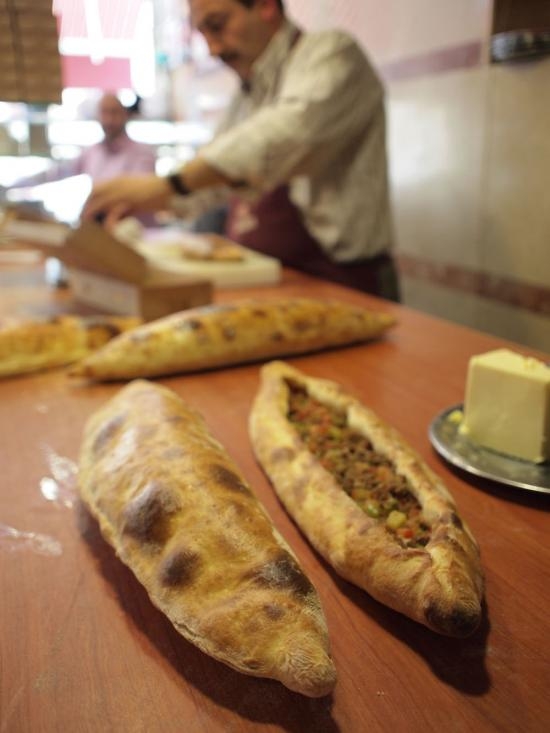 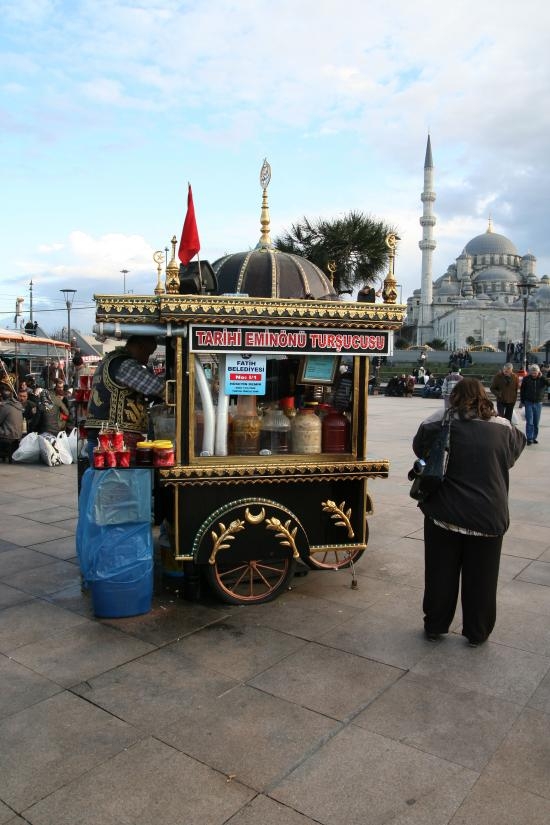 A woman stops at a cart selling pickles in Istanbul's Eminonu area.
prev
next

A new food and photo book called "Istanbul Eats: Exploring the Culinary Backstreets" hit the market mid July and breaks open the gastronomic mysteries of Turkey's largest city and biggest tourist destination. Co-written and shot by EurasiaNet contributor Yigal Schleifer and Ansel Mullins, the book is the first spin-off from the duo's successful blog Istanbuleats.com. Currently the English-language book is only for sale in Turkey -- in stores and through online Turkish book sellers -- but may be available soon on Amazon.com and other international book sites.
Yigal's "5 and 5" - five questions and five photos - will get your mouth watering and your tummy grumbling.

1. What inspired you to do this photo book?Istanbuleats.com was launched in April of last year, as a joint project between me and Ansel Mullins, another American living here, who works in the architectural restoration field. Although it started as a blog/website, we always felt like the subject -- Istanbul's best local and authentic restaurants -- would be ideal for a photo-rich book, since the people, places and food tell such a compelling visual story. We felt like a good would be a great way to celebrate some of the unsung heroes of Istanbul's culinary scene.2. Aren't there already plenty of restaurant guides for Istanbul - so why another one?There are lots of guides to Istanbul that also include restaurant suggestions, but there are few guides dedicated simply to the city restaurants and food (at least in English). More importantly, we felt like a lot of the existing guides to Istanbul failed to dive below the surface of the city's incredible food culture, usually offering the same old suggestions. We really wanted to put together something that explores what we call the city's "culinary backstreets" -- Istanbul's traditional and authentic restaurants, places that have been around forever and the ones that feature great food from other parts of Turkey.3. What were some of the difficulties in shooting and writing this book?One of the main challenges was how to catch the right moment at the spots in the book (there are about 80 places reviewed). Many of them are only open during the week for lunch. Meanwhile, some of the "places" reviewed in the book were actually cart vendors selling street food who don't have phones and who we had to track down for a shoot. Another challenge was to resist the temptation towards "food porn" -- those extreme close ups of dishes that seem to have become a staple of food blogs. We certainly have some of those shots in the book, which can be quite tantalizing in a visual sense, but we also were conscious about stepping back and remembering that food is also about the people who make it and the atmosphere of where it's eaten.4. Why is this food guide so photo heavy?We very much wanted this book to be not only about food, but also about the people behind the food -- the cook who's been at it for decades, the family that's been running its candy shop since Ottoman times, the cart vendor who has people lining up for his stuff. In that sense, the photos were as important as the text in telling the story of the people making the food.5. What's your favorite restaurant in Istanbul and your favorite Turkish dish?My current top favorite restaurant in Istanbul is a grill house called Zubeyir. It's a kind of restaurant known in Turkish as an "ocakbasi," which means "head of the hearth." The centerpiece of the restaurant is a big grill topped by a copper hood where a grillmaster does his thing. People can sit around it, like a Turkish version of a sushi bar, and watch him do his thing (although I wouldn't recommend doing that in the middle of summer). Zubeyir is located near Istanbul's Taksim Square. Their grilled lamb ribs are especially superb. My favorite food in Istanbul is actually a street food staple known as "tantuni." It's a dish that's made out of chunks of grilled meat that are mixed with tomatoes, onions and spices and rolled up in a soft flatbread. It's nothing fancy, but it's very tasty -- reminiscent of Mexican carne asada tacos. There's a great tantuni spot in the Karakoy neighborhood called Besalti Kirvem.Yigal Schleifer has been based in Istanbul for the past eight years, working as a correspondent for EurasiaNet and the Christian Science Monitor. Along with Ansel Mullins, he is the creator of Istanbuleats.com, a website dedicated to exploring Istanbul's authentic food scene. He is also the creator of Istanbul Calling, a popular blog that covers Turkish political affairs and foreign policy, and EurasiaNet's Kebabistan and Turko-file blogs.