The book offers a singular lesson in how determined individuals can outmaneuver an authoritarian state. 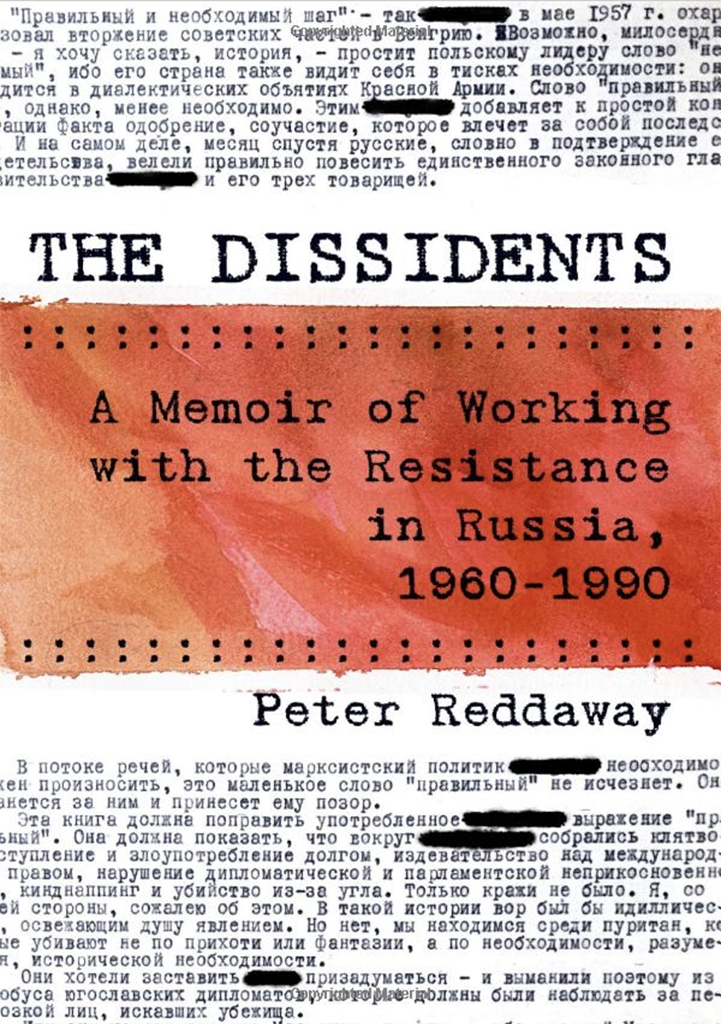 The Dissidents: A Memoir of Working with the Resistance in Russia, 1960-1990. Peter Reddaway. Brookings Institution Press, 2020.

It’s easy to look at Alexei Navalny as some sort of quixotic fanatic, an individual willing to destroy himself as he strives to tear down the smothering system created by Vladimir Putin. In January, he voluntarily returned to Russia to take on a police state, armed with just a savage wit and an acute understanding of how to manipulate public sentiment. The system promptly dispatched him to a prison camp.

But as a recently published memoir by eminent Russia expert Peter Reddaway shows, the jailing of a dissident like Navalny could end up backfiring on the regime. For types like Navalny, prison and persecution often act like Wheaties: it only makes them stronger, more tenacious.

Most of Reddaway’s distinguished career coincided with the rise and heyday of the dissident movement of the late Soviet era. Dissidents inside the country arguably did just as much as external pressure to expose the hypocrisy of the Soviet system and, ultimately, cause its collapse. Reddaway’s work – The Dissidents: A Memoir of Working with the Resistance in Russia, 1960-1990 – offers a singular lesson in how determined individuals can outmaneuver an authoritarian state.

Before getting to his eyewitness history of the dissident movement, Reddaway takes readers on a brief tour of his academic career as a Sovietologist. But, as the title suggests, the book derives its strength from Reddaway’s personal recollections about the emergence of the human rights movement in the Soviet Union in the 1960s, and how, in ensuing decades, a relatively small band of individuals helped break the party’s monopoly on information.

For a variety of reasons, the role played by Soviet dissidents and the samizdat press in communism’s collapse has largely faded from collective memory. Reddaway brings these courageous men and women back out from the shadows.

While recalling his own interactions with Soviet dissidents, Reddaway takes useful detours to provide historical context. He devotes an entire chapter, for example, to sketching the lives of “two early giants” of the dissident movement, Anatoly Marchenko and General Petro Grigorenko.

Marchenko in the late 1960s authored My Testimony, a work that opened a window onto the abuses in the Soviet penal system and catalyzed the human rights movement in the 1970s and ‘80s. Grigorenko, meanwhile, was a pioneering dissident in the early 1960s who, from a lofty position within the communist apparatus, exposed systemic rot. For his efforts, Grigorenko experienced several stints in psychiatric hospitals, an important instrument in the Soviet government’s tool-kit of repression. The hospitalizations never broke Grigorenko, and he eventually went into exile in the United States.

“No other dissident that I know of, in Russia or elsewhere, had led such an extraordinary life,” Reddaway writes of Grigorenko. “The regime did not dare just to kill him, because too many people admired him.”

Reddaway is most compelling when recalling the launch of the seminal samizdat publication, the Chronicle of Current Events, in April 1968. Before the year was out, a dissident network had produced 11 issues, establishing the periodical’s reputation in the West as an authoritative source of information about a wide variety of abuses, including crackdowns on freedom of speech and religious belief, as well as Soviet efforts to crush expressions of national identity. The Chronicle also highlighted the plight of political prisoners and exposed the misuse of psychiatry and forced labor.

To reach a Western audience, a typewritten version of each installment had to be smuggled out of the country. Soviet authorities devoted considerable resources to thwarting the Chronicle’s dissemination. The publication pace slowed considerably after 1968: Overall, a total of 64 issues were produced from 1968-83. Only one, issue #59, was confiscated by state security agents before it could reach the West.

Reddaway himself played a central role in bringing the Chronicle to the attention of Western readers. He recounts being entrusted with the manuscript of the inaugural issue, and how he organized its translation into English and distribution. Reddaway acted as the de facto English editor and publisher of all the early issues. Later, he arranged for the rights group Amnesty International to assume responsibility for producing English-language versions, ensuring the Chronicle would reach a much larger readership.

The memoir shows that the KGB was far from omnipotent. In one amusing instance, Reddaway recalls how a Moscow-based Dutch journalist, Karel van het Reve, successfully conveyed to the West a groundbreaking 10,000-word essay by Andrei Sakharov – Thoughts on Progress, Peaceful Coexistence and Intellectual Freedom – simply by translating it into Dutch and dictating it over the telephone to an editorial assistant in the Netherlands. The treatise, published in the West in 1968, put Sakharov on track to receive the Nobel Peace Prize seven years later.

The most disconcerting moments in Reddaway’s memoir cover the abuse of psychiatry to lock up dissidents, and the system’s resistance to reform during the Perestroika era. “A rigid Soviet psychiatric establishment … realized that if they allowed serious reform, they [the top leadership] would soon be swept away, ” writes Reddaway. He details participating in an inspection tour in the late 1980s of Soviet institutions, during which the U.S.-led monitors faced lots of stonewalling.

The state security apparatus certainly inflicted an immense amount of suffering on many of those who dared challenge the Communist Party’s arbitrary authority. But the pain and suffering wasn’t in vain. Reddaway’s memoir offers a timely reminder that it is possible for an individual or small group, imbued with firm belief in the virtue of their cause, to take on a seemingly monolithic system and succeed in fomenting change.

For Soviet dissident pioneers in the late ‘60s and early ‘70s, their biggest reward was the 1975 Helsinki Final Act, in which the Soviet Union pledged to honor international human rights norms. Though non-binding, Helsinki provided dissidents behind the Iron Curtain a measure of protection and encouraged them to persevere in exposing governmental abuses. It also provided Western democracies an important new means of keeping pressure on communist governments during the later stages of the Cold War.

Reddaway’s narrative is replete with tales of persecution. Yet, an overarching theme of the book is one of hope: One-way or another the truth will always find a way to get out. Or, viewed from a different angle, it is impossible to enforce a single point of view on a society for long.

But the memoir also contains a cautionary tale. Among the dissidents that Reddaway namechecks are Zviad Gamsakhurdia and Alexandr Solzhenitsyn. Both were fearless opponents of the Soviet regime. But once the specter of communism was exorcised, both succumbed to nationalist impulses that were at odds with their earlier values. In the early 1990s, Gamsakhurdia became the first post-Soviet president of Georgia, and his intolerance ushered in a prolonged period of civil war, the consequences of which still weigh heavily on the country. Solzhenitsyn returned to Russia after the Soviet collapse and immediately established himself as a leading proponent of Russian chauvinism.

The lesson here is that it’s a mistake to automatically assume that a dissident against authoritarianism is an adherent of democratic values. It is a lesson worth remembering as Navalny’s saga plays out in Russia.